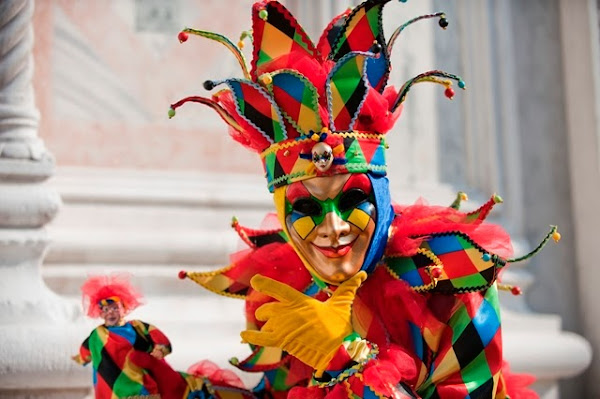 So many good reasons to get on board with Elena Kirschbaum’s mad-capped harequin parade idea.

As part of the Centenary Children’s Week Celebrations, we’re nodding our cap to the Canberra parades of old with the 100 Harlequins project.

We’re offering a combined performance & costume workshop to anyone who would like to be a harlequin as part of our 100 Harlequins Parade on Saturday 26 October.

The 100 Harlequins Parade will leave from Glebe Park at 10am. The harlequins will parade through the CBD, winding their way through City Walk for the official count in Garema Place – we’re attempting to set a world record for the most harlequins in one place! After the official count, the parade will return to Glebe Park, kicking off the second day of high energy fun at the Kids, Creatures & 100 Harlequins children’s event. It’s like the Canberra parades of old, but with a twist!

At the workshops you’ll learn some basic physical theatre skills befitting a harlequin, including simple skits, whacky walks and mischievous movements. You’ll also work with our visual artist to make a costume piece that you can wear in the parade.

We’re calling on people of all ages to get involved – groups, individuals and families are all welcome! No specific skills or experience are required.

Everytime I hear about this family festival it sounds cooler, and it’s gonna be the kind of thing that kids won’t stop talking about for week afterwards.

If you’ve got a family that likes mucking about, signing up to be part of the parade will probably the best idea you will have today.

Hmm, the image cache seems to have some stale content in it – the thumbnail that appears for this on the front page is some kind of airport flightpath related political content, obviously from another story…

Lori J Tas - 7 hours ago
Bet the ALP wont do anything either 😒 View
Geoff Richardson - 7 hours ago
Maybe instead of wasting half a billion taxpayer dollars on an unwanted upgrade to the war memorial, those funds could be bet... View
Dave Wilkinson - 7 hours ago
Don't we have a brand new huge national archive in Mitchell...? I worked on its construction with Kms of compactus. View
Opinion 11