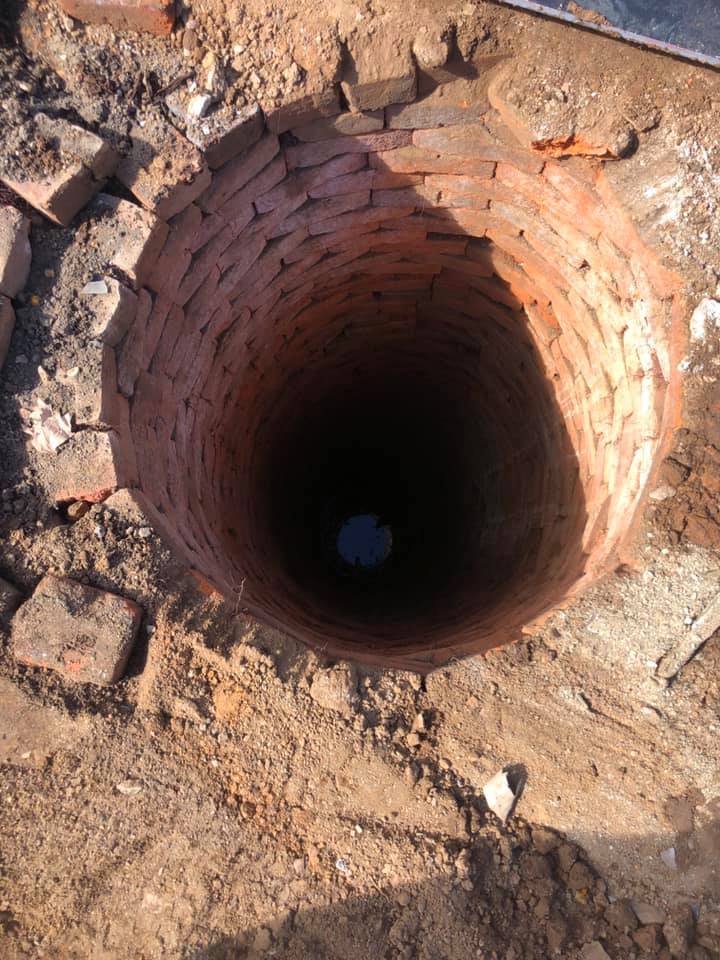 A well has been unearthed in Queanbeyan that is estimated to be 150 years old. Photo: Gillian Kelly and Brendan O’Keefe.

An old well has been unearthed in Queanbeyan during excavations on the new precinct for Queanbeyan-Palerang Regional Council (QPRC).

Bulldozers had been preparing the site on the intersection of Crawford Street and Lowe Street when they struck a man-made ring of bricks, dating back about 150 years.

Buried beneath the previous structure, the well is approximately nine metres deep and in excellent condition.

At this early stage, it’s thought it was likely part of the Myers Aerated Water and Cordial Factory that stood on the site from 1874 until around 1950.

QPRC Mayor Tim Overall has recommended the well be protected and conserved for its “historic, aesthetic and technical significance” as part of Queanbeyan’s significant heritage.

A report on how this can best be achieved will be presented at the next meeting of the QPRC Heritage Advisory Committee.

Queanbeyan was officially proclaimed a township in 1838, with a population of 50. The area is ripe with history and heritage, not to mention plenty of old cordial bottles. 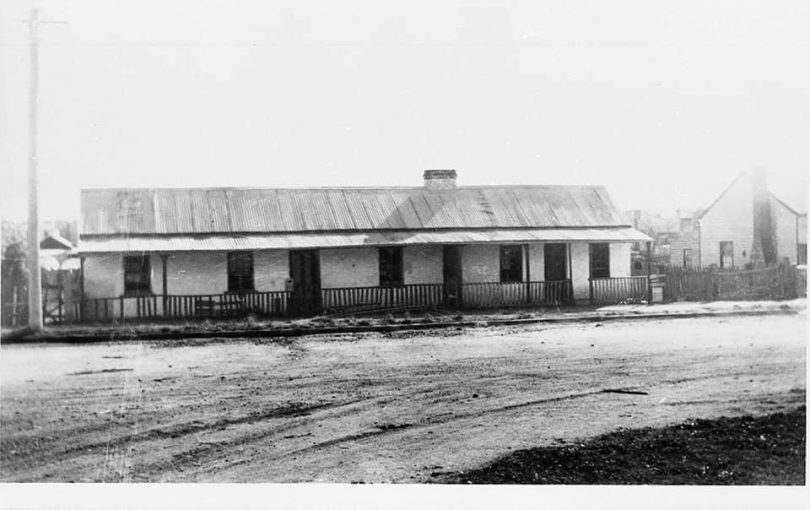 The Myers Aerated Water and Cordial Factory that operated in Queanbeyan from 1874 until around 1950. Photo: Queanbeyan-Palerang Regional Council Library.

Not much is known about the Myers Aerated Water and Cordial Factory, but several other cordial factories called the Queanbeyan region home during the late 19th and early 20th centuries.

William Pike, state judge and twice mayor of Queanbeyan, ran a cordial business near his home at Trinculo Place, overlooking Queanbeyan River, until it burnt to the ground in 1917.

Pike’s obituary states he was born in 1851 in Tuggeranong (now Wanniassa) before coming to live and work in Queanbeyan, initially as a butcher.

“He afterwards commenced business as a cordial and aerated water manufacturer, and later started business in the same line at Captain’s Flat, where he won and held the respect of the whole community,” it reads.

Meanwhile, across the border in the new Federal Capital Territory, the sale of alcohol was banned from 1910 to 1928. People wanting a tipple had to either sneak bottles across the border, or head across to one of Queanbeyan’s 16 public houses.

But there was no limit on the production of cordial in the Territory, and in 1926, TJ Sheekey built its first cordial and ice-making factory on a block of land that is now Mort Street in Braddon.

But even this ended up in Queanbeyan. After being sold and passed through another’s hands, the business was bought by the Commonwealth Cordial Company and a new factory established on Derrima Road in Queanbeyan.

The new Queanbeyan Civic and Cultural Precinct (QCCP) is currently being constructed on the site of the former QPRC administration building at 257 Crawford Street, and into the Lowe Street car park, at a cost of $74 million.

The development will have a strong focus on community and cultural purposes, with more than 40 per cent of the precinct comprising community spaces, gallery linkages to The Q and Bicentennial Hall, new basement parking and public domain.

The precinct is due for completion in early 2023.

TP Two holes in the ground?

Hope they incorporate it in to the build

It must have aboriginal heritage.... stop the construction, preserve the well and move the council chambers!!!

Don’t cover it up again protect it!!!

Tim Stanton haha! Your talking about Queanbeyan council, they already demolished the old houses there so I bet they will destroy this too

Sad that we never knew about had it not been for uncovering it now exposed has created a lot of interest hopefully money doesn’t win this like it always does!!

Marylou Pooley wish we had a copy of the family cordial recipe!

It's a hole really the brick work looks pretty new

Who says Queanbeyan is boring😄

Is Timmy stuck down there??

Sean Roberts Lassie will let us know for sure

Gareth Williams thought you’d find this cool given the history of your house!

Alexandra Craig a cordial factory is pretty interesting compared to our place - an old laundromat with empty whisky bottles under the floorboards 😅 Oh, and a couple of cool coins

Hayley Luck well would ya look at that👌

Futureproof - 51 minutes ago
chewy14 - I'm a boomer, still working. When I retire, I'm going to hit up the government to get as much free stuff as I can.... View
Capital Retro - 3 hours ago
I referred specifically to that demographic who were self-funded. I suppose it doesn't matter anyhow because you hate them al... View
Mataina Rozowsky - 17 hours ago
Of course they're rising .... Canberra's are on the move again View
Community 1

ChrisinTurner - 60 minutes ago
The fencing is needed to protect children from cars that are travelling too fast for urban areas. Join Safe Steets to School... View
Community 1

Lucy Green - 7 hours ago
I have lived in the area for a long time. These birds are definitely breeding and spreading. What started as the Narrabundah... View
David Worboys - 16 hours ago
As new comers to the suburb it was great to see these birds at first. But after seeing the number of near misses with car acc... View
George Jenson - 18 hours ago
With all due respect I agree. They are feral animals. I have seen the skinks in our front yard disappear. What about the enda... View
News 5

gooterz - 15 hours ago
The anti VAx community would have a field day with the at your own risk nonsense.. The park should be fit for purpose. It eit... View
Dallas Stow - 20 hours ago
I'm guessing that injuries have occurred to only a very small minority of users. Why close them off to all if some vetty few... View
ChrisinTurner - 1 day ago
Children need to be taught tat living in Canberra is dangerous, in particular the 50 km/hr speed allowed in residential stree... View
News 51

FoodCollective - 23 hours ago
Wonderful news, and great to hear there will be a re-opening of this Canberran food institution. Congratulations Ottoman Cuis... View
David M - 24 hours ago
The reopening was not part of the original story which has been amended since my original comment. I sincerely hope they do r... View
News 3

@the_riotact @The_RiotACT
"Love of the job" is the key to #tennis coaching according to @TennisCanberra's Club Coach of the Year Robert Jamieson https://t.co/pG4Z1vLqxP (16 minutes ago)