2011 Book of the Year Award and Poetry Prize announced 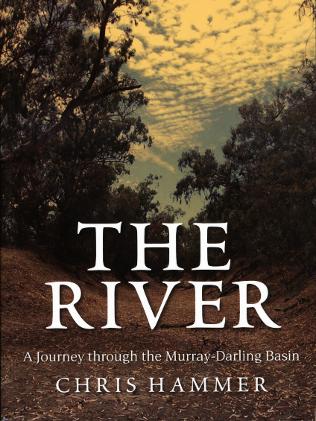 Joy Burch has announced this year’s winners of the ACT Poetry Prize and Book of the Year Award.

Chris Hammer has been awarded the 2011 Book of the Year award for The River: A Journey Through The Murray-Darling Basin.

The Judith Wright Prize was awarded to Anne Shenfield for You can get only so close on google earth and the Alec Bolton Prize to Julie Chevalier for Darger – a sequence of poems. The Rosemary Dobson Prize was split between Kristen Lang for Goodbye is too small a word and Lizz Murphy for The Architecture of Pear, and Paul Cliff was awarded the David Campbell Prize for Rosalie Gascoign.

Daniel Bryan - 59 seconds ago
This, Oaks, A+A, Grand Central, Ivy, and Trilogy definitely bringing more residents into the Woden valley isn't a bad thing.... View
Michael Jayfox - 1 hour ago
Mat Barber please explain how you think that new parking ramps will stop it from being an eyesore View
Tristan Wellens - 1 hour ago
Will only rent for about $500 a week per smaller unit 👌🏻 View
Breaking 25

Nick Savino - 5 minutes ago
Rick Jackson they have come out of the woodwork... View
Heather Whittle - 2 hours ago
Lucas Anasdow maybe if the money that was thrown at this vaccine was given to other causes too they could be faster. Hard to... View
Alison Brittliff - 3 hours ago
Lucas Anasdow it’s about who we need to protect first, front line staff, then the most vulnerable , the plan isn’t about... View
Food & Wine 4

Josh van Limbeek - 4 hours ago
What a great article! My Mum is a Red Hatter and she has so much fun too ❤❤ View
Jo Jo Joey - 5 hours ago
Barbara Bennett, I love how much enjoyment your ‘red hatters’ gives you’ 🎈💜❤️💜 View
Property 27

Mookie Moo - 5 hours ago
Assuming this means 80% by Oct within the adult population only? Because roughly 20% of the population would still be kids, w... View
Community 35

@The_RiotACT @The_RiotACT
Michelle Heyman's stunning return to football began with a simple question on Instagram: “Hands up if I should make a comeback to the W-League?" https://t.co/UNn8rDWuj3 (4 hours ago)

@The_RiotACT @The_RiotACT
The 2021 Australian of the Year is Grace Tame. Grace is an outspoken advocate for survivors of sexual assault, particularly those abused in institutional settings https://t.co/Q6nMb1PGRL (4 hours ago)

@The_RiotACT @The_RiotACT
Times have been ruff, so @QTCanberra has rolled out the pet-friendly red carpet & opened its doors to allow furry best friends in their luxury hotel rooms https://t.co/V89hSF18w9 (5 hours ago)