2011 on RiotACT in the rearview 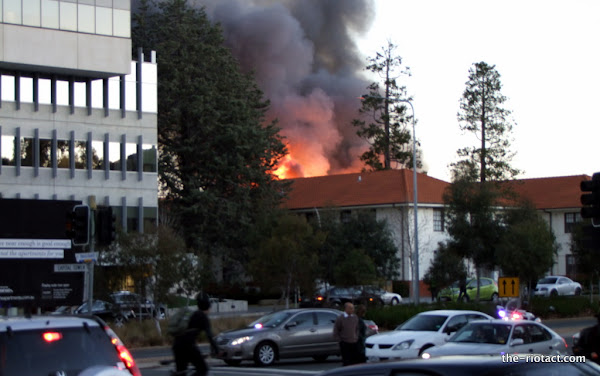 In the New Year we’ll do our regular “State of the Riot” piece and look at the biggest overall stories and keyword searches for 2011.

But today we’re going to go back and look at what were the biggest stories in each month.

It should be noted these results are for each calendar month and reflect pageviews on single pages. Stories which spread over multiple months and news entries have thus been disadvantaged.

However, with that caveat, it’s a useful look back at the stories that actually floated readers’ boats in 2011. 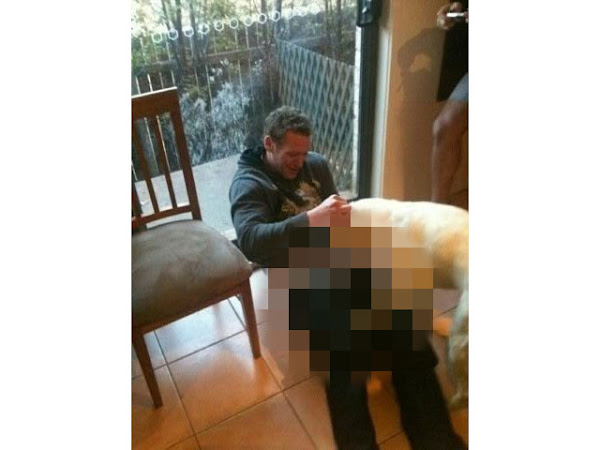 *Sigh*, January 2011 still saw the pageviews stuck on the astonishing implosion of the Raiders’ star Joel Monaghan and the unfortunate picture of the winger with a labrador.

Fortunately by February we’d moved on and the main interest was a short lived spate of nightclub bombings targeting Meche and ICBM.

March was a two horse race with the effort to branch stack the utterly inconsequential Social Network Of Graduates bringing a great deal of public derision to some otherwise bright young things. 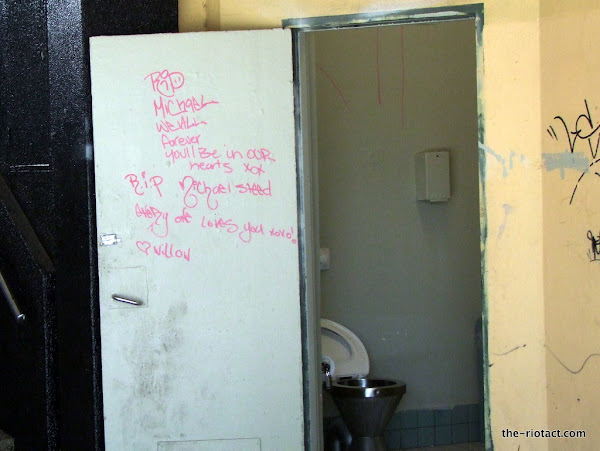 But, following from February, the sad demise of young Michael Steep and the efforts of his friends to permanently memorialise him in the Woden Bus Interchange was a big issue.

Michael Steep and The Risen Mully, have now permanently established the steel door of the Woden bogs as the premier site for public grieving graffito style. 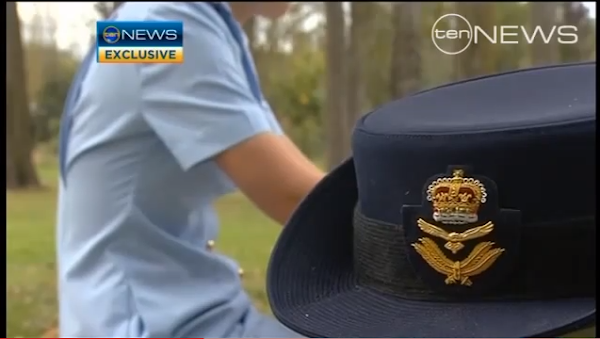 April was the month where sex scandals at ADFA went mainstream after being a PR disaster waiting to happen for many a long year.

(To say nothing of the ongoing human tragedies which neither Defence, Labor, nor Liberal ever gave a stuff about)

May was the month of the bogus road rage story which went strangely viral.

We still don’t know what the hell was going on there, but we do know the police got peculiarly interested in it and it made Sydney talkback radio.

Me? I’m still waiting to turn up in someone’s PHD thesis and we can only hope they get failed on ethical grounds.

On June 23 we were finishing for work at The Eagle’s Nest when we noticed smoke coming out of Acton our understanding is we published about the fire before the first 000 call was recieved.

A huge effort from readers sending in their media of the event made for a great yarn, if not a happy story for New Acton or the Diamant Hotel.

Costco opened in July and nothing was ever really the same again for Canberra’s bargain hunters. 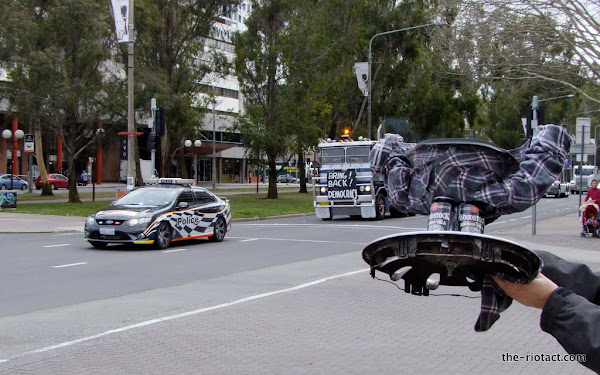 August saw the high water mark of the angry bogan efforts to overturn the Australian Constitution in the name of their perverted idea of democracy. It started as feverish activity to create the illusion of a popular groundswell.

In end “Real Australia” appeared to decide it preferred constitutional rule (even under THAT WOMAN) and there were more bicycles counter protesting than trucks in support.

The full convoy tag is worth checking out on this one. 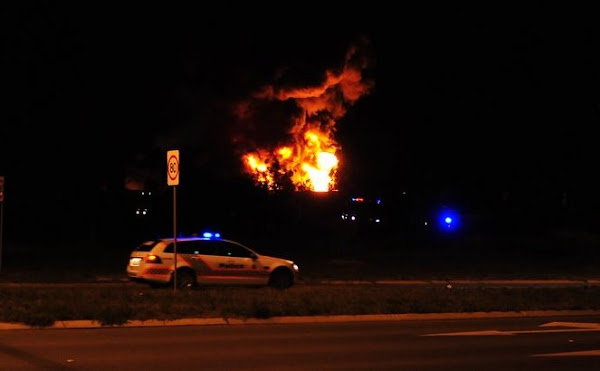 September was the month we discovered the ACT had become a magnet for the storage of highly toxic oil right next to metal that catches on fire if exposed to air.

The long term health consequences (if any) of the disaster remain years in the future. 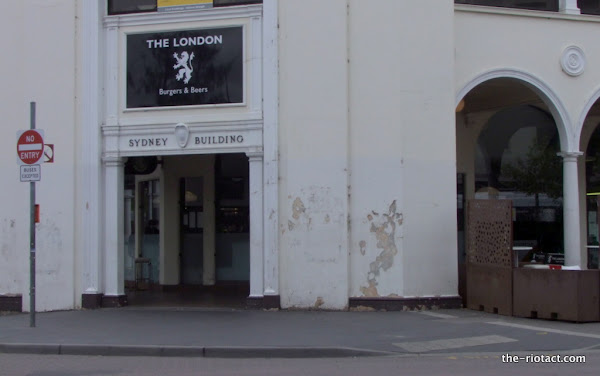 In October everyone took a very keen interest in a police raid on the London Burger and Beers.

To date nothing has come of the raid which makes it curiouser still. 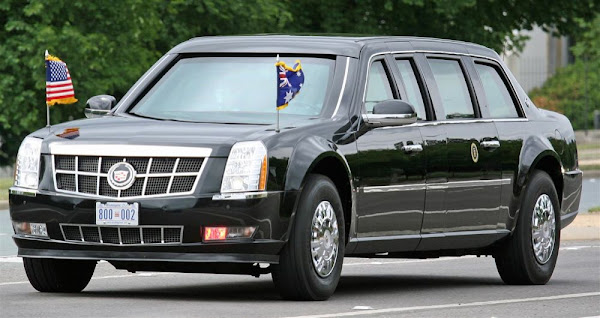 November was the month of Barack Obama, and his twice postponed whirlwind visit to Canberra.

What was going to compete with The One?

December is not done, but the Belconnen Mall explosion appears to be heading to an easy win.

And the winner is…

Being big in Canberra is no substitute for going viral nationally. The winner is the bogus road rage story.

But the most read single page of 2011 for a local story on this website was the Diamant Fire.

Feel free to share your most memorable stories from the 2011 in the comments. (Be sure to include a link)

Tags 2011 on RiotACT in the rearview retrospective

I’ve had a lot of fun on RA over the last year. Congratulations to the team at the Eagle’s Nest, and I wish you continued success and prosperity in 2012.

Well, his heart already belonged to Another.

Who was stuck in quarantine.

Well, his heart already belonged to Another.

Who was stuck in quarantine.

I’ve had a good year reading RA. Couldn’t believe the Dog-f#€ker when it happened. Loved it every time I read something on the riotact well before I saw it in any other media.

I remember the road rage one, it got big and weird quickly.

Missed the fake road rage story, but I think the Joel Monaghan made me laugh more than any other.

Thanks for a great year of RA, Johnboy!

Unfortunately the most memorable for me was the killing of the swan; I don’t know if I’ll ever look at them again without thinking about the one that was killed.

I wish it was the fizzer convoy instead.

“…our understanding is we published about the fire before the first 000 call was recieved. ” [/qoute]

The level of civic-mindedness I expected from you Johnboy.

Shaz Ray - 1 minute ago
Jill Hiscock in what countries? View
Shaz Ray - 2 minutes ago
What happened to the 62% vacc? Now it's pfizer? View
Nick Savino - 1 hour ago
Rick Jackson they have come out of the woodwork... View
News 16

Daniel Bryan - 56 minutes ago
This, Oaks, A+A, Grand Central, Ivy, and Trilogy definitely bringing more residents into the Woden valley isn't a bad thing.... View
Michael Jayfox - 2 hours ago
Mat Barber please explain how you think that new parking ramps will stop it from being an eyesore View
Tristan Wellens - 2 hours ago
Will only rent for about $500 a week per smaller unit 👌🏻 View
Food & Wine 4

Josh van Limbeek - 5 hours ago
What a great article! My Mum is a Red Hatter and she has so much fun too ❤❤ View
Jo Jo Joey - 6 hours ago
Barbara Bennett, I love how much enjoyment your ‘red hatters’ gives you’ 🎈💜❤️💜 View
Property 27

Elroy Jones - 5 hours ago
Peter Bee there are a lot of places it could go. Majura the most recent I’ve heard. View
Christopher Cuba Rabanal - 5 hours ago
Better lighting around the carpark View
Andy Sell - 6 hours ago
2 words mate, lite rail View
News 17

Mookie Moo - 6 hours ago
Assuming this means 80% by Oct within the adult population only? Because roughly 20% of the population would still be kids, w... View
Community 35

Theresa Rowan - 7 hours ago
Margaret Smith was in my class at St Clare's a gentle soul RIP. View
show more show less
*Results are based on activity within last 7 days

Canberra Racing Club is finalising initial redevelopment plans for Thoroughbred Park in Lyneham that could include three to six-storey apartment...
Breaking 25

RiotACT’s audience survey is looking for your big ideas

@The_RiotACT @The_RiotACT
Michelle Heyman's stunning return to football began with a simple question on Instagram: “Hands up if I should make a comeback to the W-League?" https://t.co/UNn8rDWuj3 (4 hours ago)

@The_RiotACT @The_RiotACT
The 2021 Australian of the Year is Grace Tame. Grace is an outspoken advocate for survivors of sexual assault, particularly those abused in institutional settings https://t.co/Q6nMb1PGRL (5 hours ago)

@The_RiotACT @The_RiotACT
Times have been ruff, so @QTCanberra has rolled out the pet-friendly red carpet & opened its doors to allow furry best friends in their luxury hotel rooms https://t.co/V89hSF18w9 (6 hours ago)