I heard on the grapevine that the Canberra Planetarium/Observatory was closing again… The newest media release was from the start of 2007 when in apparently reopened.

Any ideas if this is true, and why?

(not that I’ve ever been there… maybe that’s why?)

I think the song was called ‘sanitarium’, but it’s basically the same rhyming phonetics, so who really cares?

Anyone else know what happened to the sanitarium?

Actually, I think Metallica did a song called ‘planetarium’.

Someone whould set the planetarium up again. And use the Metallica song as the theme.

Hmmmm I wonder what happened to the hardware – I didn’t see any of the cool stuff at Revolve.

You probably already know that the Planetarium/Downer Club was owned by the Tradies Empire :-)…I know that all the bikes that used to be on display at the Dickson Tradies Club went into storage at the place that used to be the Daramalan Club (just down the road a bit)…they owned that club too. Maybe all the Planetarium stuff went there too…well the stuff small enough to store in there anyway. I would say that someone at the Tradies (either Dicko or Woden) would be able to point you in the direction of where the stuff would have ended up.

Someone mentioned to me recently that it was all in storage somewhere.

Where did the planetarium stuff go? Anyone know?

wow, the tumbleweed joke, you have talkl the classics VYBerlinaV8

Well, thankyou to those who replied with something that helped 🙂

RiotACT needs a logo on the front page:

I have a tweed jacket and a pipe if anybody is interested.

Are you saying there’s no English professors in West Kambah?!

Prolly wouldnt be as cool though they’d change the whole feel of the place…boo.

Considering Questacon owns one of the telescopes, I’m hoping they might take the whole thing on – or indeed that anyone might. They have school groups staying overnight at Questacon, it would be a fun and educational thing ot do 🙂

The idea about persuading Questacon to take it on is a good one, but almost certainly not achievable.

While I am on the subject – It is disgraceful that the owners of the club continue to leave large slabs of the club empty. With the new bus shelters no longer providing shelter to the homeless, they could at least open the space up as sleeping space.

Would that be tax deductable???

Well, given that individuals within the group have an unknown way of communicating that they are unhappy about sharing, we simply need to define our own. Alternately, we have discovered that the writer is a grad student who is using a computer without a shift key…

The character sequence in question:

“patently, berlina, nh does. and a group known as poac. and me. back to your cave…”

berlina could mean VYBerlinaV8 – I suspect that it does in this context.

nh – Could mean Nick Hornsby – Does he post here. nh – could also mean Normal Humans – This then causes grammar problems – nh does -> Normal humans does (sic) – Perhaps the writer meant Normal humans ‘do’ (nh do)?

poac – This is a tough one – People of average culture? Persons otherthan Anthony Charlton? Politically ordinary average citizens? – Ahhh THATS IT – Potentially Ordinary Average Citizens. If we are talking about averages, has there been some sort of survey to identify what the average person on the street believes? That would sort it out.

In any case – The demise of the Planetarium is sad – I used to take youth groups there twice a year. But, just like the Bulletin, when the person who is paying the money decides that they don’t want to continue pouring money into the pit, things close.

Of course – we could ask the ACT Government to fund it in a new location – They could run it like the bus service – a true loss leader.

The true reality of land in North/Central Canberra is that the money obtained from flogging off the asset to a developer far outweighs the money obtained from keeping it. Remember that property owners have to be careful to ensure that they don’t end up holding a ‘Heritage Listed’ property , so simply bulldozing the things at 49 years of age is the best thing to do.

I liked that fact that it wasn’t all glitz and glamour. The planetarium movie (I saw southern skies) was quite good and very informative despite not having hollywood effects (the simulation sky looked really impressive). I liked that the guy running the observatory session didn’t want to stop and was so knowledgable and interesting he could talk your ear off all night and never be boring. Oh so THATS the plan, apartments…well that’ll be exciting…

Where is it exactly? The web site isn’t overly informative on that (or any) subject.

I went with some friends on Wed night, both to the planetarium and to the observatory there at Dickson. Now I had never heard of this place and I have lived in CBR my whole life. I was very happy I went before I closed, as it is run by a bunch of extremely nice and very enthusiastic people. However…it must be said that it does whiff of ‘lame’… it is a pretty budget affair, the planetarium itself is a combination of a projected movies and a crazy “star projector” that looks like some medieval torture device.

I think the films themselves were actually made by the people at the planetarium. They are quite amateur and really needed some polishing from someone with a little modern multimedia/production experience. The website looks like a reject from a 1997 Geocities home page (http://www.ctuc.asn.au/planetarium/).

Sadly, though, I think there’s no amount of good production that could have saved it, being a victim of Canberra’s small size. The only way it can live on is to transport it wholesale to the lawn on the side of Questacon, have them run it and for God’s sake get some grads from the AIE or UC or something to redo those movies with a modicum of style!

HAving said that, I urge everyone to go while you can tonight or Sat night. It’s a Canberra experience that you won’t be able to see for much longer!

I went once, about 15 years ago. Really twee, unless you’re into astronomy. It was never meant to make money, more for educating the kiddies and a place for enthusiasts to enthuse.

I believe the Tradies wants to replace it with, surprise surprise, an absolute shitload of apartments!!
P.S. they would have put in another bazillion pokies but the local gov’t is getting twitchy about the negative PR which would inevitably result from granting the Tradies a licence for another 20,000 zillion machines.

It’s readable but complex. I sense the tense used is intended to be read as a spoken comment, rather than a written one.

And they will have lights on all nite for security.

That stupid cartoon show has rooned Planetariums for me. Now they are Planet-Ariums.

With the increasing light pollution as Canberra gets larger (and why the hell do we need so many goddam outside lights anyway?), it’s hard for them to have a useful observatory. It was dark out here until the HQ JOC builders began running giant sodium lights all night. Can’t see as much sky as I used to.

Yes, it is indeed closing from the 27th of January. I went there for the second time last night (to both the planetarium and observatory). I am saddened because it’s was an amazing place with such friendly and forever interesting astonomers who are so passionate in teaching others about the universe. From the noticeboard at work: “January. The Club has very kindly offered to donate the equipment to any organisation in the ACT that has the resources and is prepared to house, maintain and operate this valuable educational and community facility. To facilitate the relocation process, some local astronomers and concerned citizens have formed an association called the Planetarium and Observatory Association of Canberra (POAC). We intend to explore any existing government, educational and community support and to research potential funding sources. POAC membership is open to anybody interested in supporting this cause. Regards – Craig Collins – President POAC” it costs $2 to join, I can get more information if anyone is interested. eye_see_ewe[at]hotmail.com

I went a few years ago, but was pretty disappointed. The show about Mars was narrated by Patrick Stewart (which was good), but sounded more like something Troy McClure would have been involved in. Very kidsy.

Yes, I have heard this through someone else too. 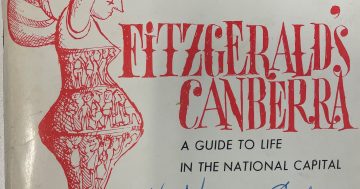 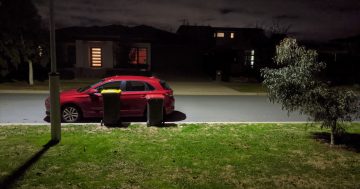 BEST OF 2021: To the car that parked in front of my bins: an open letter 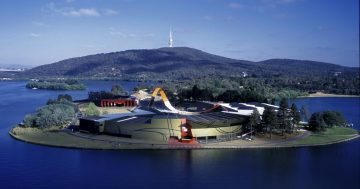 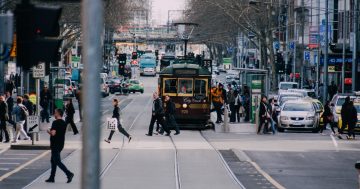 BEST OF 2021: Is Canberra too 'cliquey' for new residents? 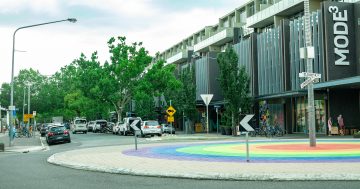 When is gentrifying your Canberra neighbourhood a good idea? 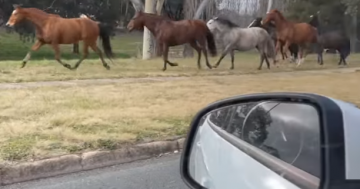