A chat with Min Mae about the Tableaux Vivant 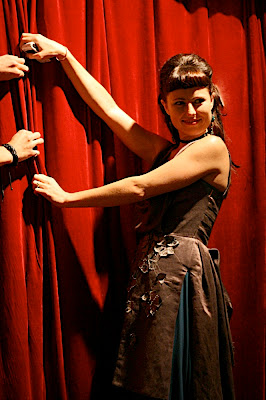 Interviewing Min Mae at The Front in Lyneham was perhaps not the wisest choice of locale I’ve ever made.

A cavalcade of passers-by required hugs, or at least air-kisses from her, which made for an intriguing afternoon.

The thirty something single mother has earned herself a fearsome reputation in the local arts community since she decided last year that if she was going to get the arts scene in Canberra she wanted, she’d have to help build it herself.

Her series of “Tableaux Vivant” are becoming the stuff of local legend. (Literal translation: “living picture”).

They involve a number of participants, often but not exclusively, from the local arts community posed in the nude to create a scene.

The first one involved a re-creation of Botticelli’s “Birth of Venus” and starred just three people.

Last Saturday at The Cashews’ CD Launch she had 14 people draped over each other, the pose being arranged while a former Australian Idol contestant held the curtains closed and then four hundred people looked on while the headline act played a song.

But size isn’t everything. Min doesn’t plan on an ever-larger series of tableaux until the whole of Canberra is arranged nude to celebrate the Centenary on 12 March 2013.

In fact for a long time Canberra wasn’t really where Min wanted to be. Her answer was blunt when I asked what brought her here: 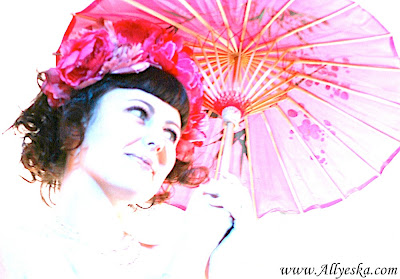 Her partner then took a job here and they moved to Canberra together before that relationship ended, he moved away, and for the last seven years Min has been here, hating life in Canberra for most of that time.

Between a 20 year battle with depression and the realities of single motherhood she felt tremendously isolated.

But over the last two years she has set out to break down the barriers that she felt had isolated her from the rest of the community, and also the barriers between the rest of us and each other.

(Regular readers of the RiotACT comment section might ponder the wisdom of breaking down barriers and instead wish to see more erected. But perhaps the way we all seem to actually get along when meeting in person suggests it’s not such a bad idea.)

Min’s work in creative movement for people with disabilities, as well as an interest in burlesque dancing, lead to her mission to create tableaux.

Getting her subjects ready to pose involves a series of activities to prepare them. Ranging from a variety of theatre based activities to a mass floor tickle (clothed) she goes to a lot of effort to make sure all the participants are ready and comfortable to be naked with each other in front of an audience.

It’s not something everyone wants to do. In fact Min herself is slightly ashamed that she’s never made the leap.

On Saturday night Ben Drysdale told me that being in a tableaux created a sense of bonding almost akin to cameraderie.

The end result is Min’s dream of having the super power to freeze time.

In the audience it creates a feeling of awe and sympathetic vulnerability. And then a fascination with the slight, unintended and barely perceived gestures sets in.

And then there’s the bewbs. Who ever gets tired of looking at them?

Apparently though she actually finds it harder to find men willing to be a part of it than the exuberant women who never fail to volunteer.

Which brings up the danger that a thousand woodstocked bogans could turn up at a tableaux to leer, shout, and possibly worse.

It’s a risk she’s certainly keenly aware of, and accepts that at some point in the future she may need to accept the tableaux as being a transitory thing. Something that took on a life of its own for a while and then ceased to be.

Until that time though, she has no intention of stopping.

As a footnote, I had to ask about the rigid, and slightly severe hair she sports. My flatmate had asked if it was real. But on a wind-blown day outside a Lyneham cafe it was very obviously the real thing. 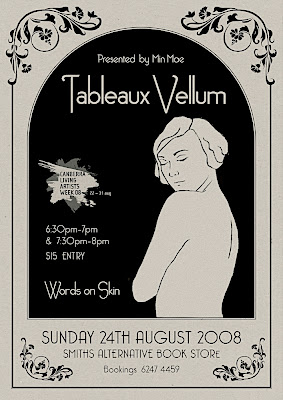 Tableaux Vellum is about perceptions and structures of self. The writers capture concepts conveyed by the muses, the perceptions of their bodies and selves.

The placement of the resulting text and the poses are the vision of the tableaux artist in collaboration with the visual artists applying text to bodies.

The lengthy and rich process of this work draws out an element of each muse to engage the audience in the narrative of flesh. That universal thing that draws us together and tears us apart. 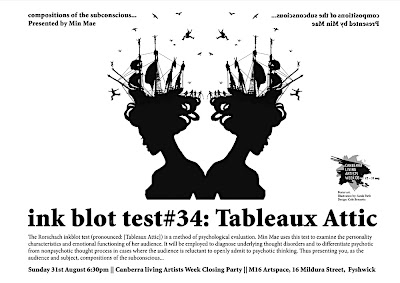 Tableaux Attic is a construct, a concoction, a mélange of stimulus. A performance art instillation meshing fragments of dreams, of memories, of objects, of flesh. It is part tableau vivant and part choreographed tableaux mouvant with an improvised live soundscape. Min Mae welcomes you to enter, as voyeur, as subject, this breathing projection of inner-worlds.

Min is putting the “cool” back into coolberra!

Yay Min!!
Amazing, Looking at her work is truly like looking in on a living painting. With composition so beautiful and thought out it would not be out of place in the world’s best galleries

f*ck that, imagine the baggage …

That disqualifies both of us then JB

Possibly, but you’d need to be quite charming and intelligent.

“I got knocked up”

I love this woman. xx

Jay Kay - 3 minutes ago
John Haddon I'd argue that many poor IT outcomes have come from the overreliance on contractors, with managers lacking the SM... View
Eliane Prideaux - 6 minutes ago
2 things: 1)staffing caps are suffocating. Orgs cannot hire more full time staff 2) technical staff need to manage people to... View
John Haddon - 45 minutes ago
Brian Woodbridge not really, most contractors are just ex-APS or ex Defence who have good skills in demand and want better pa... View
News 20

Rien Wiersma - 58 minutes ago
Raiders will win the Grand Final Jack Josef Brzozowski View
Michelle Kwan - 7 hours ago
*looks for helicopter on cyber Monday sales to get the best aerial shot View
Rick S Tar - 10 hours ago
Michelle Kwan a better camera and or drone would of captured the moment better. Cyber Monday still has some sales. View
News 137

@the_riotact @The_RiotACT
Many Canberrans would like to see more bang for their rates buck. An extra Assembly sitting day could help with that, says Ian Bushnell https://t.co/Ke1HTvAzdi (37 minutes ago)