A blueprint for Youth Justice 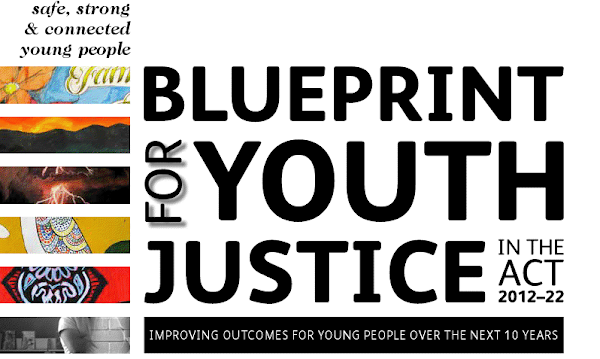 Joy Burch has announced the launch of her Blueprint for Youth Justice in the ACT:

“I am very pleased to see initiatives in this Blueprint that the Government can progress on, such as the development of a multi-agency framework to identify children and young people who are at risk of entering the youth justice system, with a focus on those who are in the care and protection system or whose parents are incarcerated.

Ms Burch the Government had already allocated $5.5 million over four years in the 2012-13 Budget to progress the implementation of the Blueprint, as well as $15.3 million in additional funding for the out-of-home care system which would support early intervention objectives.

One can’t help thinking some of these things we might like to get a chance to vote on rather than get handed a 10 year plan 3 months out from an election.

jwinston - 52 minutes ago
Utilise the the many idle hands at the Alexander Maconochie Centre by making the prisoners mow the grass around Canberra. Unl... View
Capital Retro - 2 hours ago
There are personal liability insurance issues too. Lawnmowers have a habit of hurling stones and these break windows, damage... View
Community 45

‘Let’s do this’: Three boys sentenced after 2019 riot at Bimberi justice centre

@the_riotact @The_RiotACT
The ACT has now joined every other Australian jurisdiction in formally #recognising the important role #carers play in the community https://t.co/WmKAW3ArHs (45 minutes ago)

@the_riotact @The_RiotACT
RT @thecanberrapage: Take two for test cricket in #Canberra? The ACT Government has put its hat in the ring to host the Fifth #Ashes Test a… (1 hour ago)