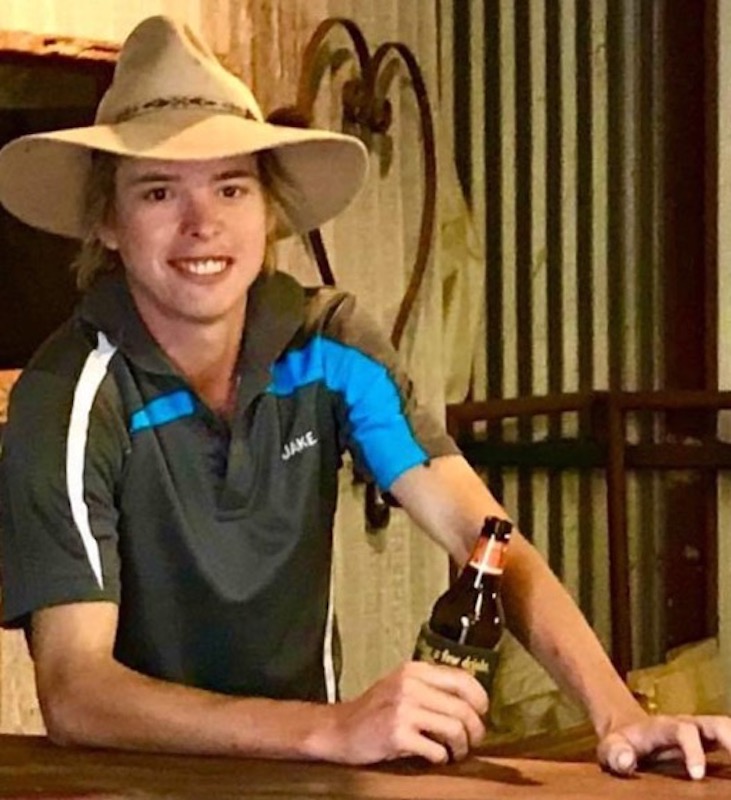 Jake Apps was the inspiration for Montana O’Neill. Photo: Supplied.

When he met someone lagging socially outside his circle of friends, Jake Apps took them under his wing. That’s why, like his heart, the circle was exceptionally big.

Born with cystic fibrosis, a genetic disorder affecting the lungs, Jake worked harder than most people to extract every ounce he could from life.

In kindergarten, he met a new school mate, Montana O’Neill, and invited him home to the family’s 1000-acre farm at Gunning north of Canberra, where a lifelong friendship began.

“Some of my best memories out at Gunning were going to his family’s farm,” Montana says. “Riding motorbikes, camping, fishing, just doing random silly stuff and mucking around. We’d go to the dam, swim around, have barbecues with the family. It is probably why I love the country life, and seeing him and his family,” he says.

“Even though he had cystic fibrosis he was incredibly fit. We would always be running together and exercising together.”

The heartbreaking loss of his best mate to cystic fibrosis has prompted Montana O'Neill to take a long walk – from one end of New Zealand to the other. He wants to raise $25,000 and he wants your help in the hunt for a cure.

Posted by The RiotACT on Thursday, 2 January 2020

In his early adult years, Jake would vow to one day join Montana on one of his big treks. Last year Montana stepped up his hiking activities, travelling to Europe. Taking a break in Germany in October, he received a call from his father, Danny O’Neill. Jake had died. He was 25.

“It was a shock. Dad wanted to tell me before I saw it on social media,” Montana says.

Jake’s mother Megan Apps described her son’s friendship with Montana as an ideal childhood on the farm.

“They used to go out and get up to a lot of mischief out there, do lots of hiking and mucking around,” she says.

“Jake was a good drummer, he was just starting to get really good with the guitar. He was a practical joker and had a really warm heart. He was a lot of fun, a lovely person to have around, he was my mate, he was terrific,” Megan says. 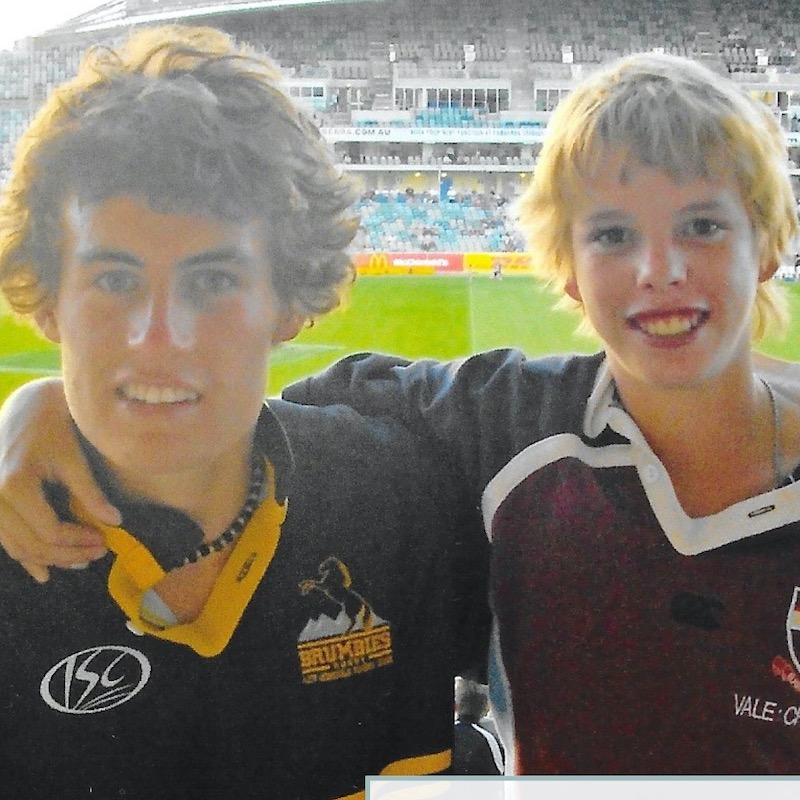 On the way to and from school Megan insisted on Jake doing his breathing exercises and taking his medication. He was a qualified builder by the time he was 21. He left home at 22, travelled to Western Australia and got out of his routine. He contracted pneumonia which scarred his lungs badly.

“He worked up to the day he died,” Megan says. “He was a hard worker but he had his down moments.”

These dark periods didn’t last long; Jake would pick himself up.

“He would say there are lots of people out there with worse things,” Megan says. “He’d get in there and was always a worker. He was a very tough young man. He had a huge number of friends, he had such a big heart.”

Montana could not attend Jake’s funeral, “but while walking through the forests in Germany, the thought came to me to do something in honour of his life and struggle. How could I raise awareness of cystic fibrosis? How could I keep Jake’s story alive?”

Now he is about to answer those questions. On Sunday, 12 January, Montana will begin a challenging long-distance trek, the Araroa, (Maori for ‘the long pathway’), from the tip of the North Island to the bottom of the South Island.

He expects the 3000 km trail to take about four months.

“New Zealand is so diverse, one minute you could be passing over a mountain, then suddenly into a rainforest, then alpine grassland and back into the mountains,” he says. “The weather can change quickly, too.”

He is going solo, although people have taken up his invitation to join him for sections, including his parents, Danny and Julie, on some of the northern section. “It’s open to anyone who would like to join me. They have to be ready for it and fit,” he says. 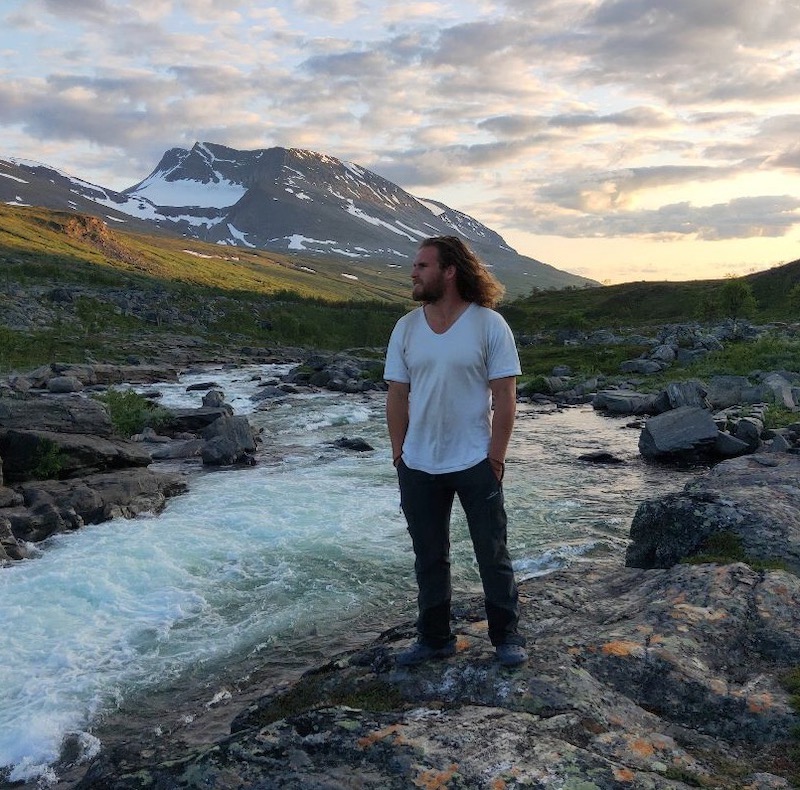 Montana O’Neill is honouring his friend and raising money to fight cystic fibrosis.

“We have been building a strong relationship with ETM Perspectives and when they advised us of Montana’s campaign, we jumped at the chance to collaborate with ETMP and support Montana. It is a challenging walk and Montana will be faced with difficult days, but we couldn’t be prouder to be part of this campaign of raising $25,000 – $1,000 for every year of Jake’s life,” Nadia says.

“We wanted to make sure that Montana has everything he needs to complete The Long Walk so Rubik is proudly funding Montana’s equipment – everything from his tent to his shoes! This is a wonderful way to start 2020 in what will be another big year for Rubik in our Community Giving.”

ETMP Director Duane Vickery says: “We believe his purpose aligns to ETMP’s ‘ICE’ motto of ‘Inspire, Challenge, Empower’. While Montana demonstrates ETMP’s values of Authenticity, Lived Experience, Story Telling, Safety, Risk, Struggle and Intentionality. We are proud of Montana and to join forces with Rubik3 to support Trek for Jake”

To donate to Montana’s fundraising, and find out more about his campaign, visit everydayhero.

Acton - 40 minutes ago
Those who don't get it have never lived in a country where rights and freedoms are stripped away bit by bit while a docile an... View
Acton - 53 minutes ago
Try to see it as a principle. Once rights and freedoms are removed they are not easily clawed back. Totalitarianism succeeds... View
G'Lyz Wogly - 1 hour ago
Samuel Gordon-Stewart you are missing the point. It doesn’t matter what information you check in with. Once it’s on your... View
Opinion 11

JS9 - 2 hours ago
Since really the design of Gunghalin sadly it seems to have all gone out the door in terms of the poly centric design. View
Capital Retro - 2 hours ago
In what way is Canberra "improving"? We have more social disamenities than ever before with ever increasing rates and taxes a... View
bj_ACT - 12 hours ago
Canberra is definitely improving and cities between about 400k and a million have great amenities without the negatives of ma... View
Property 42

JC - 14 hours ago
What sections of stage 1 are poorly designed and need fixing. As for the traffic lights you gotta be kidding right? As both a... View
Capital Retro - 16 hours ago
Three things to remember about the light rail: 1. The Greens want it. 2. It's all about urban renewal; it was never about pub... View
bj_ACT - 17 hours ago
I think you’ve raised some valid questions. There might well be valid answers from the ACT Government to those questions. I... View
Sport 4

If you want an example of hospitality grit, of a business team that picked themselves up from the lowest of...
News 48

@The_RiotACT @The_RiotACT
The ACT will benefit from $16.5 million worth of projects under the Local Roads and Community Infrastructure Program. Find out what's happening in your neighbourhood https://t.co/sYlGM7C3wG (58 minutes ago)

@The_RiotACT @The_RiotACT
Whatever you think about assisted dying, Canberrans should be able to decide the issue themselves, says Ian Bushnell https://t.co/uCBheueQMJ (4 hours ago)

@The_RiotACT @The_RiotACT
Our latest weekly newsletter is out, recapping all the top local stories of the past seven days. Subscribe to get it in your inbox each Thursday https://t.co/sif1Mnd065 (14 hours ago)