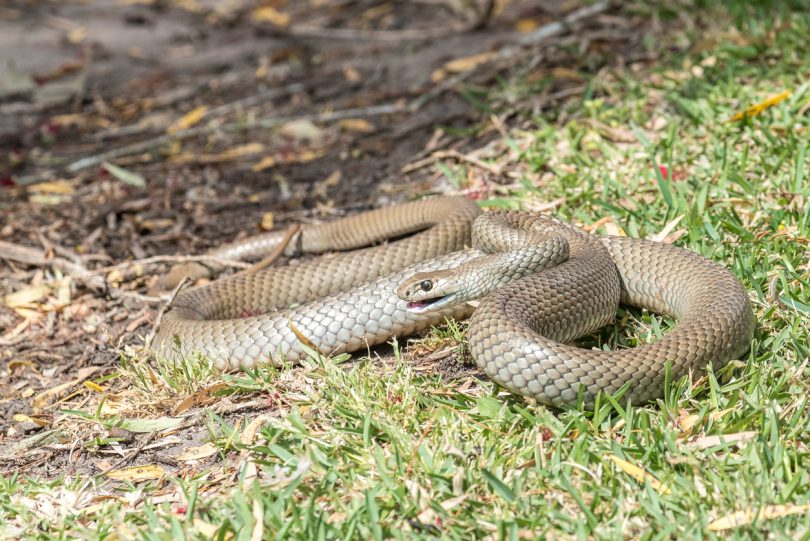 The most common snake in Canberra is the eastern brown snake, which has the second most toxic venom of any land snake in the world. Photo: File.

I’m so brave. We’re talking tall buildings. Single bounds. Ten-foot-tall and bullet-proof. Able to leap … sorry, been there, jumped over that.

Living in the bush, I’ve had snakes (brown) under the Hills Hoist, next to the washing machine (red-bellied black) and in the kitchen. For some reason, I didn’t quite catch the colour of the kitchen snake as it slithered in via the dog door.

I slammed the kitchen door shut, almost waking up the snake guard dogs. Time to call in big boofy bloke (BBB), I thought. Of course, I could have gone in to remove said snake myself, but I felt it only fair BBB should have a go.

After about 15 minutes, he came out a different colour – face and probably underpants – saying the words, you never want to hear near the word ‘snake’: “I couldn’t find it”.

He slammed the kitchen door shut. It only stayed that way for a couple of weeks while I bought a lot of take-away.

But it was the footage of the mice plague that really rattled me.

READ ALSO NAIDOC Week is a call to Heal Country

No, of course, I’m not scared of them. I laughed bravely on hearing a neighbour talk about how a mouse dropped on his head in the hay shed and travelled down, well, to a place where no one except a very close personal acquaintance should ever travel.

I’d always taken precautions against rodents. You know, ensuring all food was Tupperweared to within an inch of its shelf life. Or glassed to museum quality. Or, if I had to and if it were chocolate, eat immediately.

But it was like the little buggers were watching TV footage, too, and started infiltrating the house as if it were auction day in Ainslie. Infiltrating is probably too strong a word considering the house is a couple of hundred years old, on a slant, and in some bits, the walls don’t quite reach the ceiling.

The mice ran over my feet. The sleeping dogs. The awake dogs. My feet again. In shoes. Out of shoes. Under everything. Am so over it.

Clearly, the only remaining option was to buy an AK47 and take them all out. (That is a lie – seems I only dreamt it.) The shops, of course, ran out of rat poison, leaving only traps. Yeah, right.

So it had to be poison. I stalked the local supermarket, and while most everyone else only had eyes for toilet paper, pasta and bottled water, I hit the poisons aisle, collecting as much as I could off the freshly arrived pallets before someone felt they should capture me for Australia’s Most Wanted.

At home, I carpeted the place with it. Spread it like salt on chips.

I knew victory was mine when I started to take in The Smell. Yes, it was worse than vintage Labrador fart. But the worse it got, the more of the little suckers I knew had been wiped out. Just like the toilet paper, really.

Now, back to that snake in the kitchen …

Sally Hopman is a longtime Canberra journalist who lives in regional NSW.

And the good thing is, CapitalRetro, in the future, you’ll be able to get it tested before you… View 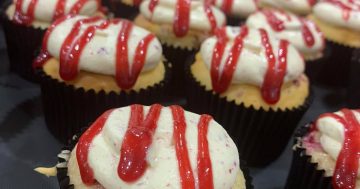