'A town hall on wheels': Sam's Caravan is a stage that can roll up anywhere 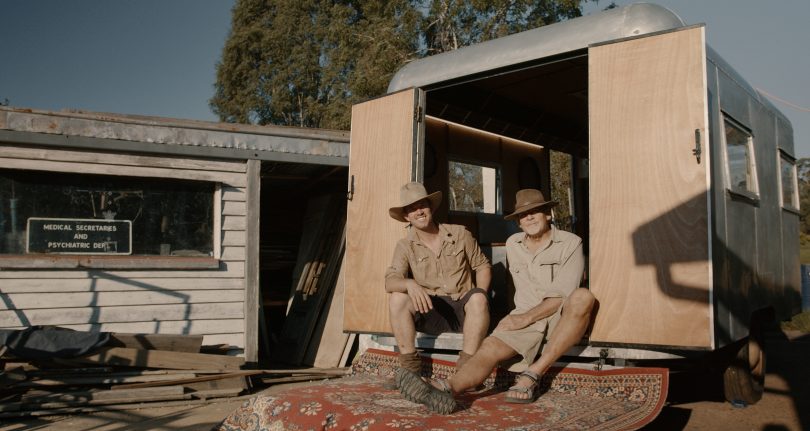 Described as a labour of love, Sam’s Caravan was an idea born in the COVID-19 shutdown to turn a vintage caravan into a mobile venue and studio.

The dream of musician Sam Martin, known in the South East region as a vivacious entertainer and community arts producer, the caravan is now ready to hit the road after supportive locals pitched in and helped get it up and running.

As the arts and entertainment industry toppled overnight with the shutdown of venues and restrictions in the wake of the coronavirus pandemic, Mr Martin ploughed energy into converting the 1958 Carapark caravan into a venue and studio.

What he has called Sam’s Caravan is essentially “a town hall on wheels” that can roll up anywhere and provide an open air outdoor entertainment experience.

The caravan is fully equipped with stage, lights, live and recorded sound, and has the ability to capture the moments on camera for live stream events.

“When COVID shut down music, I could see there was a light at the end and there would be a point when we wouldn’t be under a lockdown,” Mr Martin said.

“But I saw things would change in the way we participated in live music.

“I thought there would be more potential for embracing the online experience and wanted to capture that as best we could.” 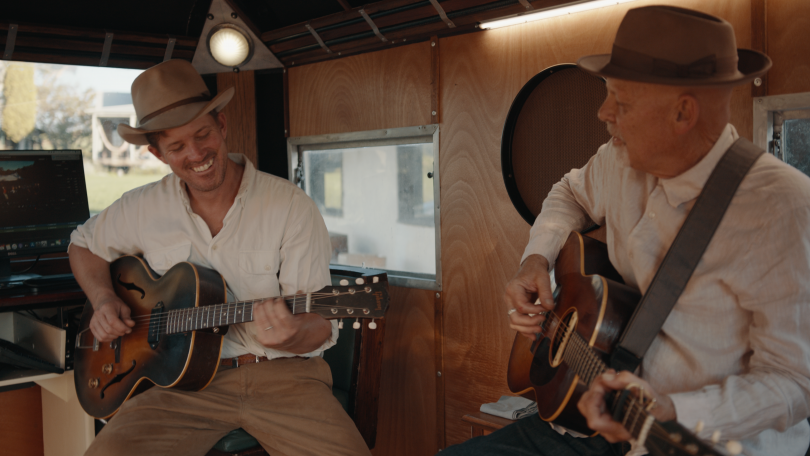 Along with the high-quality production the caravan provides, Mr Martin said he wanted a venue he could take anywhere – he can even just “rock up and do it in a paddock” – and provide a space for an event for a small crowd of people.

“Those were the main two things – other than that I had lots of time (during the lockdown) because there were no gigs on.”

He said once people see the caravan’s capabilities they will become excited when they learn it will be coming to their place.

Mr Martin said the caravan has been a labour of love that utilised invaluable support from members of his community.

Bought for a few hundred dollars at a local clearing sale, the van started its new life in a significant state of disrepair so he called in a few favours to get the project up and running.

Musician, vlogger and restoration specialist Steve Jackson came to the project and the pair worked every Friday to strip the van back to a bare shell for the rebuild – he also donated an old van to the project in exchange for two chickens.

Tantawangalo-based musician Michael Menager jumped on board the van half way through the project and helped see it through to completion.

There has been a lot of grinding rust, sanding and preparation followed by multiple layers of paint, welding repairs and panel work, before local electrician Chad Gunter did the electrical fitout with industry-standard equipment supplied by CORE electrical of Pambula.

Sam’s Caravan received funding through a partnership with South East Arts. Create NSW are supporting the van financially to employ local sound engineers, camera operators and producers to attend six regional festivals including at the Candelo Village Festival on 17 April which was the van’s official debut.