A victory for common sense, and a reprieve for Ainslie's community built sports facility 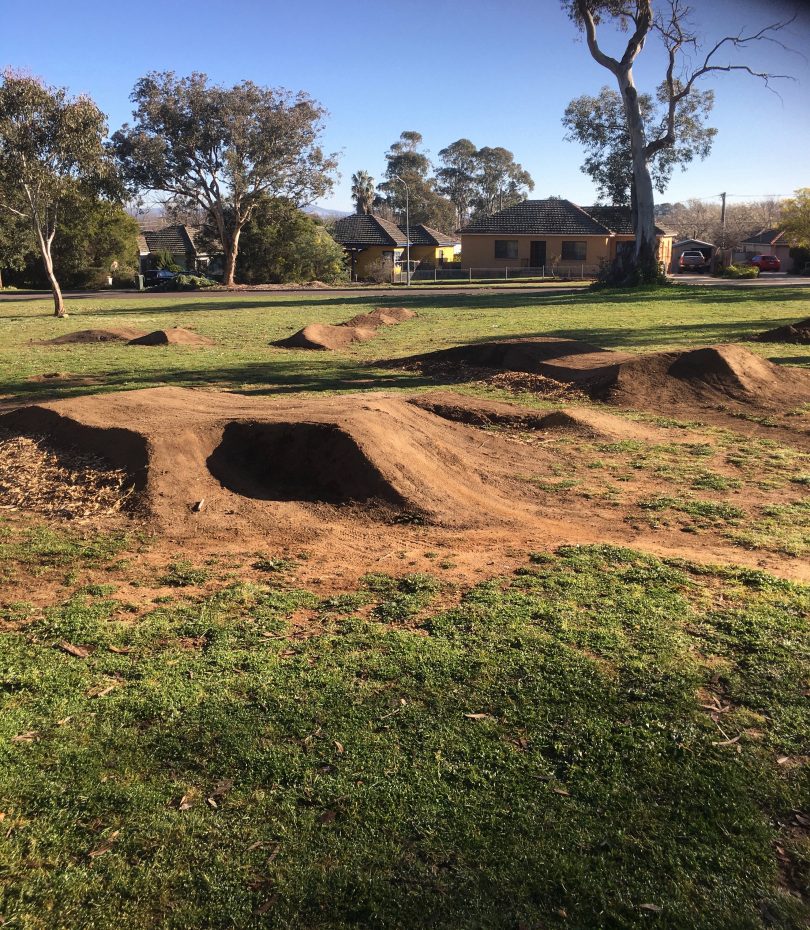 In late July I wrote about community angst over plans by officialdom to demolish bike jumps built from dirt by local kids in Ainslie during the COVID-19 shutdown.

I had watched for weeks on end as the kids transported dirt in wheelbarrows to create their own sports facility. At the time, given the government’s intent to knock it down, I described it as “Canberra’s most dangerous sports facility”.

No reason was given for its proposed demolition except to say that it prompted a door-to-door petition as the kids sought to save their work from being flattened.

I have since found out that an email campaign organised by Ainslie residents directly lobbied the ACT Government to stop the proposed demolition.

The story prompted an unprecedented response from Riot ACT readers. Many provided similar stories of these bespoke community-built facilities being flattened. Others reflected on their own childhood experiences building similar ramps and jumps in local parkland.

But there was also an understanding as to why the government was opposed to makeshift constructions in an age of litigation. Many suggested a sign highlighting the danger be erected.

As it turned out, the ACT Government did intend to demolish the Ainslie jumps. I was reliably informed that workers turned up ready to knock the jumps down, only to be confronted by locals who blocked the knockdown.

On top of the email campaign, it became clear that the community around the park wasn’t going to give up without a fight. The workers retreated and nobody was sure what would happen next.

There were rumours that it would be demolished in the dead of night or the middle of the day when residents were at work or kids at school. 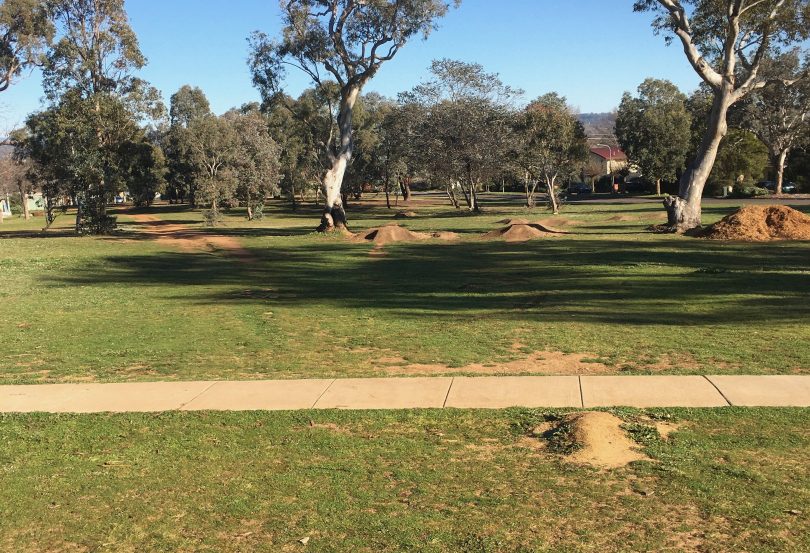 Not only did community action save the home-made jumps but the ACT Government remodelled and enhanced the ramps which are loved by the local kids.

In the end, quite the opposite occurred. Common sense prevailed.

Instead of a confrontation, instead of a heavy-handed approach and knocking it down in defiance of community support, the facility was enhanced.

Workers turned up and spent the day building a safer facility using the framework developed by the local kids. The ACT Government took on board what the community required and built a bigger and more impressive series of jumps. The workers also left a pile of dirt to allow the kids to continue working on their own concepts.

Driving past the day after the redevelopment, I watched on as kids lined up to test the new facility with very little apparent danger.

If ever there was evidence of the prevalence of common sense and working with the community we have seen it in full display at a small suburban park in Ainslie.

Tim, Thanks for your eloquent and articulate contribution to all of this. It was my “One kid and a shovel” that started these, and he’s very relieved that the jumps didn’t get bulldozed again. Of course, the trail builders haven’t done as good a job as he had…! We prayed every night that these jumps wouldn’t be destroyed, and God heard! I’m grateful the government and it’s agencies have responded positively and constructively to this. And Tim, I’m very grateful for you and Genevieve taking the time to think and write on this issue, it’s made a significant difference for our family and the families of those who build and enjoy the jumps. Bless you!

Good – in McKellar when we arrived the area where the soccer club is was waste land, with much builder dumping. The local kids built their own adventure playground for bikes and mountain bikes. Imagination abounded and their games were wide ranging and adventurous. Had to disappear when new McKellar was begun, which was a pity.

A fanastic outcome, well done kids & your supportive community, then to the workman & governme t for letting the kids engineering prevail!

“Emergent unregulated social collaboration by the young is radically unsound. Fortunately, in the ACT local council at any rate, education produces no effect whatsoever. If it did, it would prove a serious danger to the political classes, and probably lead to acts of violence in Garema Place.”

As Lady Bracknell would warm us!

I use to walk through that park 3 days a week last year on my way to Climb Mt Ainslie. It started with 1 kid and a shovel. Pretty impressive now.

When we were kids we would ride I think about 5 km from our house in Granville to a area where there was just mounds of dirt where us kids on pushbike turned into a track for our self’s in the 60’s.

We had some tree swings in Duffy, but someone took them down….we try so hard to encourage outdoor play. And a sense of community

Might have to move back to Canberra. A government that acts in the best interest of the community. What a concept.

Finally a win, about time Canberra government woke up. Let the kids be kids and enjoy their lives. The amount of times we had our jumps bulldozed for no good reason was a joke.

Anyone remember the public motocross track a Narrabundah?

The government bulldozed that

Same with the one that’d been made down in Tuggeranong too.

They local kids have built some in my local park. Nice to see kids out and doing stuff instead of being on computers and gaming.

Gungahlin has both 🤷‍♂️

Which park in Ainslie

The same is happening at a small park in Waramanga. The kids have built a small set of dirt jumps and now chris steel has ordered they be flattened. He wants them to all go back inside to their playstations

As a kid our hole street could rebuild our park bmx track fast then the government could do the planning and paperwork to knock them down so in the end they gave up.😂😂😂😂 that was back in the 80s good to see kid still winning the fight 👍

Wow are the government gonna take credit for these jumps cause they didn’t bulldoze them. Why can’t they build another skatepark park in the area?

Definately need t he kids input……my son who did take after his grandfather and uncle…….loved his bikes whether it be Dragsters or his motor bikes…..had his 1st dirt bike at 12and raced his bikes till just before he died nearly 4 years ago……..and the turn out at his funeral told of the love of bikesover 250 were there please INCLUDE our KIDS……and HELP THEM BUILD THEIR TRACKS…….BECAUSE THEY WILL GO BUSH TO BUILD THEM……..

Was having an absolutely crap morning. Reading this bit of good news has made it a little better.

Where in Ainslie is this please?

Good community outcome. Almost the only users of the park were the kids who built this.

Community action at its best

Terrific! Now we need to work with the kids at all the other sites these type of jumps have been flattened to rebuild something.

Tim Gavel
This has been a great outcome. The jumps now are safer for all to use!
Hopefully the design process will extend onwards with professional trail builders and users building a great place for all to use 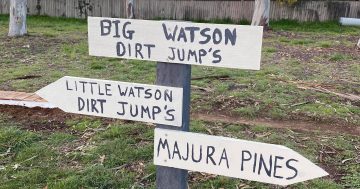 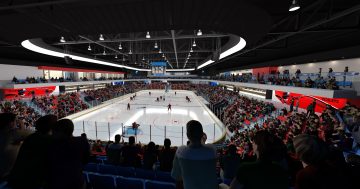 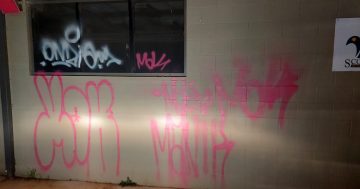