A week of Warwick @ NFSA 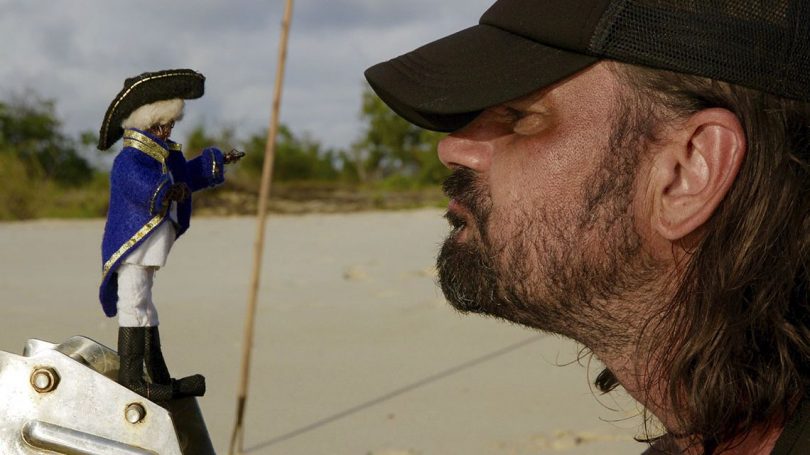 Following his breakout success almost a decade ago, he would lend his directorial hand to the adaptation of the Tim Winton short-story mosaic The Turning (2013). That same year, he delivered his own compendium of tales – an indigenous anthology of occult storytelling – in The Darkside (2013). To coincide with the national release this week of his latest feature, Sweet Country, the National Film and Sound Archive will be celebrating two previous works of acclaimed Australian indigenous writer/director/cinematographer Warwick Thornton.

It was back in 2009 when his debut feature Samson & Delilah (2009) took the Cannes Film Festival by storm. His efforts as writer, director, cinematographer were duly recognised, and he was subsequently awarded the Caméra d’Or for Best First Feature Film. Starring two first-time actors in what Warwick himself described as a “survival love story”, the film would go on to represent Australia as the Official Entry to the Academy Awards for Best Foreign Language Film. Ultimately making it into the 9 semi-finalists from the 67 submissions that year, it was the first time an Australian production had ever made it onto an Oscar shortlist. This heralded a watershed moment for not only Australian film, but also for indigenous cinema.

As Oscar nominations are released this week, and as debate simmers over the representation of Indigenous Australia or lack thereof amid Australia Day celebrations, the time is ripe to revisit this important Australian work. Samson & Delilah will screen this Sunday, 28 January @ 3:00 pm. Tickets are $10/$8. For more information, or to book online, head HERE.

As the date debate marches on, so too does the conversation surrounding the symbolism and iconography associated with Australia Day. The Southern Cross, a compass point on high, experiences a very love/hate relationship down under. Seeking to unpack the diverse ways in which the symbol has been appropriated over the years, and questionably commandeered by some, comes the documentary We Don’t Need A Map (2017).

Warwick Thornton has crafted a dissection of the cultural significance of the symbol, its problematic profile and the status it holds within contemporary Australia. Having opened the 2017 Sydney Film Festival, its only previous local screening came as part of the Canberra International Film Festival in November. Thanks to the NFSA, We Don’t Need A Map will now enjoy an exclusive one-week season.