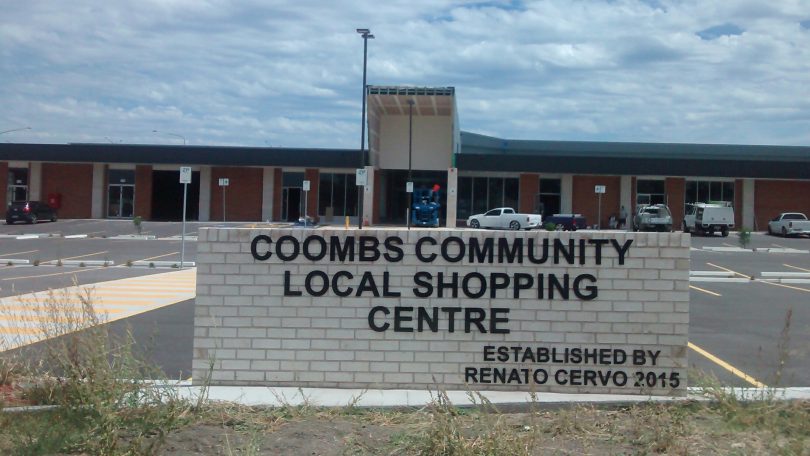 Coombs may be the fastest growing suburb in the ACT but residents are still waiting for a shopping centre to open. File photo.

Moncreiff in Canberra’s north had the largest population increase in the ACT during 2016-17 as new home owners poured into the new Gungahlin suburb, while Coombs in the west was the fastest growing suburb.

Moncreiff soared by 866 to reach 965 people while other big movers were Kingston (670) in the inner south, the newly developed western suburb of Coombs (650), and Lawson (550) in Belconnen. 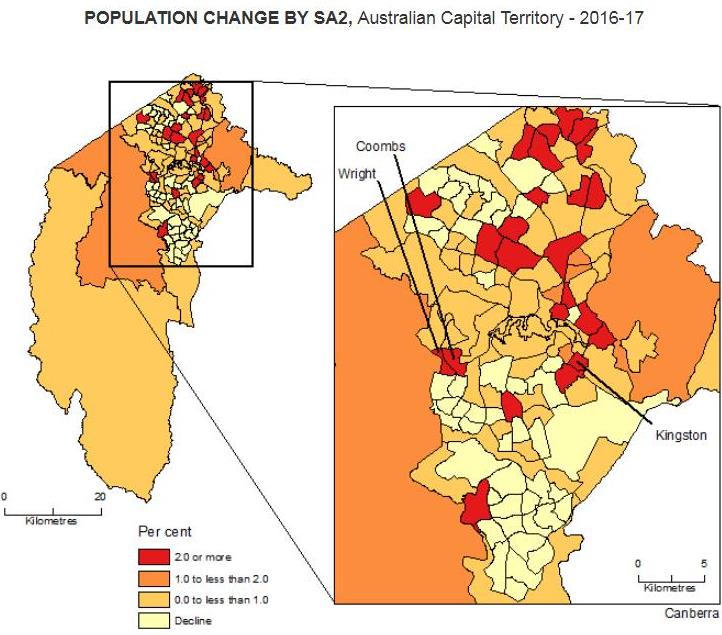 In Kingston, where downsizers have been drawn to new apartment developments, 666 newcomers made their homes bringing the lakeside suburb to 5311.

The new suburb of Coombs in the Molonglo Valley increased by 647 to 2528 residents, who are becoming restive about infrastructure not meeting growth.

The only suburb in the south to rate a mention was Greenway where the population rose by 98 to 1986, a change of 5.2 per cent.

Overseas migration was the dominant factor in Sydney and Melbourne’s population growth, which grew to 5,131,326 and 4,850,740 respectively.

The Harrison increase could probably all be attributed to the light rail and all of the unit blocks that went up along Flemington Road.

It’s as about as perfect as one can wish for.

Or maybe serve the north because that is where the land is. Just like before Gungahlin the south specifically Tuggeranong got the bulk of the shiny new stuff and was at the time the population growth centre of the Act and if not mistaken the country. At the time.

And speaking of time, maybe time to give this north vs south nonsense a bit of a miss.

Neridah McMinn - 14 minutes ago
My absolute favourite place for a Saturday morning breaky 💕 View
Graeme Jeffries - 52 minutes ago
I always stop there for a great coffee and toasted cheese and tomato sandwich. A friendly place and service with a smile! May... View
Fran Morrison - 53 minutes ago
Congratulations ! Nice to see these familiar faces . Well done on the service you bring to Queanbeyan. Bruce & Fran View
News 4

Natalee Gersbach - 18 minutes ago
No need yet. Will wait and see if this cooler weather changes that.... View
Chris Threadgate - 22 minutes ago
Arggh I thought it was freezing 🥶 here last night can only imagine there🥶 View
Jackie White - 45 minutes ago
I've had it on nearly 24/7 for a month! #gettingold View
News 83

Jo Hann - 26 minutes ago
Nada Krstin and, addressing your query as to whether they're qualified, there's no cognitive test either. We do not deem an e... View
Jo Hann - 28 minutes ago
Nada Krstin there are 16 and 17 year olds who earn over $18k. The potential to pay tax is all that should be required, though... View
Nada Krstin - 9 hours ago
Jo Hann see my recent post to reply to your "if you pay tax, you should have an option to vote for the government that spends... View
What's On 17

@The_RiotACT @The_RiotACT
When was the last time you looked for a better electricity deal? New measures will soon make it easier for Canberrans to know when they're being charged too much https://t.co/W5Crpin1a1 (18 minutes ago)