The ACT has adopted the new Australian Warning System for disasters. Photo: Supplied.

The ACT has adopted the new Australian Warning System following the recommendations of the Royal Commission into National Natural Disaster Arrangements.

The new three-tiered warning system will change how incidents including bushfire, flood, storm, extreme heat and severe weather are displayed on the ACT Emergency Services Agency (ESA) website and the Fires Near Me app.

The Australian Warning System is a new national approach during emergencies and disasters. Photo: Supplied.

The Royal Commission heard that cross-border evacuations and inconsistent terminology caused confusion as fires approached because bushfire warning systems were different in each state and territory. This also created difficulties for people who used different apps across state borders. For example, NSW’s Fires Near Me app stopped providing information at the Victorian border, despite the fire traversing both states. Air-quality ratings were also different across jurisdictions.

The implementation of the new system came into effect nationally on 1 December after feedback from the community about the confusion the different warning systems caused. 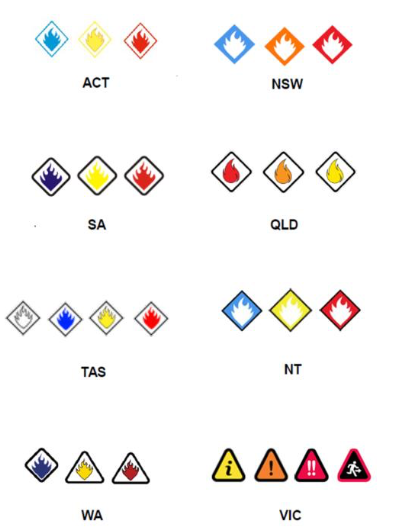 Ahead of the upcoming bushfire season, the ESA reminded Canberrans that emergencies or natural disasters can happen anywhere and at any time.

Alerts may be issued at any level depending on the scale of the emergency and will not always start from the Advice level so residents should always be prepared and have a survival plan.

You can download a survival plan at the ESA.

Because these icons can’t be distinguished by colour-blind people, they’re illegal on any Australian website under the Disability Discrimination Act. They need to be replaced by the Victorian icons asap. 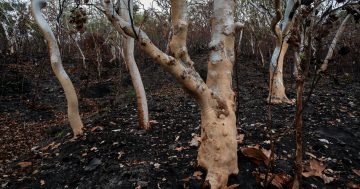 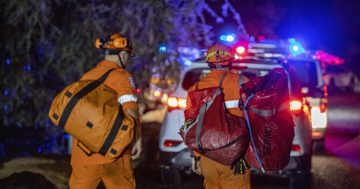