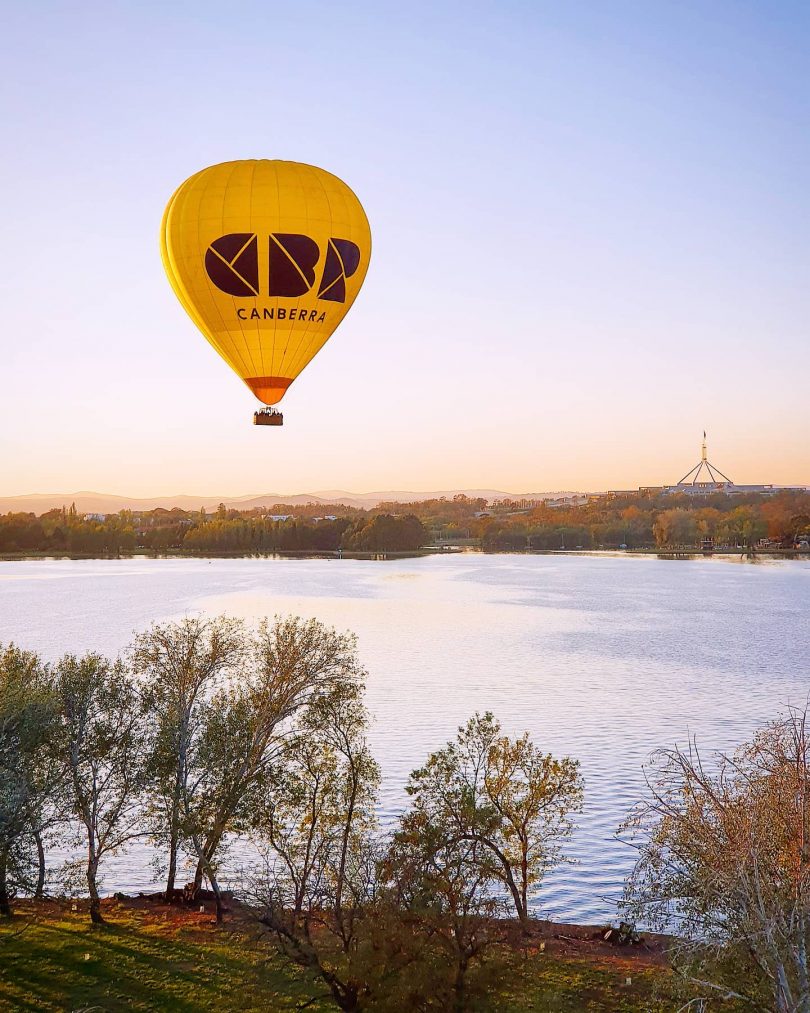 The ACT’s next tourism campaign will be its biggest ever, as part of the COVID-19 recovery. Photo: VisitCanberra Twitter.

The ACT Government is pressing ahead with a fresh pitch to lure tourists to the Canberra region in preparation for when domestic or international COVID-19 travel restrictions are finally lifted.

It has contracted international marketing agency Luma Research for six months to help select and refine a new marketing campaign to promote Canberra as a place to visit.

The brief is to identify and develop a suitable campaign idea for VisitCanberra in time for its launch, although that date will depend on whether COVID-19 can be contained sufficiently to allow Australians to travel and cross borders.

Chief Minister Andrew Barr flagged back in May that the ACT would be restarting its $2.5 billion tourism industry with the largest ever domestic tourism campaign in the Territory’s history.

Then it had been hoped that borders would reopen by July but the so-called second wave of the virus in Victoria and eruption of clusters in Sydney has resulted in new travel restrictions, border closures and quarantine measures.

Australia’s international borders remained close, although the Federal Government has suggested they could reopen with quarantine measures in the New Year.

The ACT welcomes around 4.7 million interstate visitors a year, 2.75 million of whom stayed overnight, and the tourism sector employs almost 17,000 people or about 9 per cent of the Territory’s workforce.

The number of international visitors has also been steadily rising.

But that has dried up since the beginning of the year, particularly from the ACT’s biggest market, China, where the pandemic began.

Despite the tourism drought, the ACT Government says it wants to be ready when the situation improves, starting with Australian travellers.

A spokesperson said work was underway in preparation for Canberra to enter the domestic tourism market in a considered and planned manner, to stimulate visitation to the national capital.

”The campaign will not begin until there is advice that attracting interstate travellers to the ACT will not pose a significant public health risk,” the spokesperson said.

”The campaign will have to be aligned with the advice from the ACT’s Chief Health Officer on travel, as well as the travel restrictions of other States and Territories around Australia.”

It would be focused on domestic markets in the interim, but could be expanded to some international markets if travel restrictions were relaxed in the future, the spokesperson said.

The research will help identify which areas of Australia and demographic segments the campaign should best target.

”Our local tourism sector has been one of the hardest hit by the combined impact of bushfires and COVID-19. Recovery of the sector is an important part of supporting jobs growth and economic recovery,” the spokesperson said.

The previous campaign, One Good Thing After Another, cost nearly a million dollars and remained in the market for five years, showcasing the diversity of experiences to be had in Canberra in close proximity to one another.

The government said this campaign refresh would continue to showcase the range of national attractions, exhibitions and experiences Canberra had to offer while also aligning with the City Brand.

In May, Mr Barr said international tourism resources would be redirected into domestic marketing and he was hopeful that the ACT’s tourism industry could recover within a couple of years.

“There is no reason to think that in 12 to 18 months if there were no restrictions internally within Australia, and we were on top of the virus, and we were maintaining our travel safe bubble – possibly including New Zealand – that we could not get our tourism economy back to somewhere near where it was pre-COVID within a couple of years,” he said.

In the 2018-19 Budget, the expanding sector and record numbers prompted the government to allocate an extra $50 million over four years to boost international and domestic tourism.

The Luma Research contract is worth $55,000 and the company was selected after a tender process.

If you were to promote canberra it would be nothing to do with the Town, rather surrounding attractions in the region.