ACT growth ahead of other states and territories: ABS 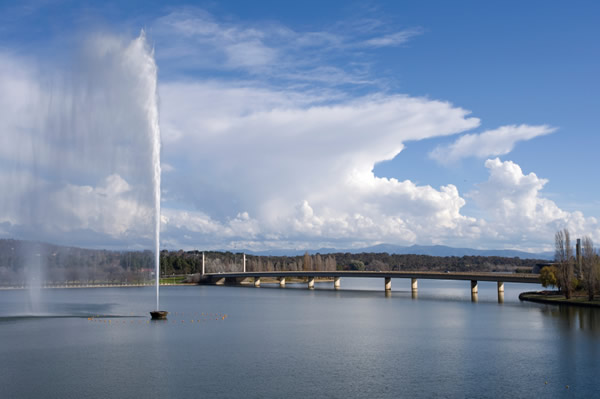 Australian Bureau of Statistics data has revealed that the ACT’s growth during the March quarter was the strongest in the country.

National growth figures issued today show the ACT economy is turning the corner and standing on its own two feet.

The State Final Demand figures issued by the ABS show the ACT grew by 1.4% in the March quarter – the strongest rate in the country.

This is big news for the ACT – it shows we’re putting the Commonwealth’s cuts behind us. It shows we’re a more diverse economy.

Despite the Commonwealth shedding thousands of jobs, the ACT’s growth has remained robust, and unemployment has remained the lowest in the country.

The last time the Commonwealth kicked the ACT – under John Howard in 1996-97, unemployment peaked at 8.5% and home prices fell $25,000, in a period when prices were lower than they are today.

That we’ve avoided this demonstrates the effectiveness of the ACT Government’s policies to support growth and confidence in our economy.

In its past two budgets, and in the budget I handed down yesterday, the Government has boosted growth through:

This has provided an important stimulatory effect to our local businesses and households, and ensured confidence remained in our economy.

One Response to ACT growth ahead of other states and territories: ABS
Filter
Showing only Website comments

So, Mr Barr, if things are so honkey dorey, tell me again why we need Light Rail as an additional instrastructure stimulus project – which is what your Government has described it as.

Julie Macklin - 3 hours ago
Rheyce Spears Did your mother and grandmother have male guarantors? View
Andrew Dale - 5 hours ago
A 1 bedroom apartment is all you will get for 350k View
Julie Macklin - 5 hours ago
Unless a person has a very good income, or have inherited money, they should not be looking at a $700,000 house as their firs... View
Food & Wine 31

Lin Van Oevelen - 5 hours ago
John Moulis The cause of the fires was said to be the fast growing grass and undergrowth because of more rain, so that does s... View
Capital Retro - 8 hours ago
Lets debunk this notion now that climate changed was the cause of the 2019 - 2020 fires. The Ororral Valley fire was ignited... View
John Moulis - 9 hours ago
I'm reluctant to believe this. 1974/75 and 1975/76 were La Nina years. I remember being in Forster in January 1976 and it rai... View
News 17

Lynn Stape - 6 hours ago
agreed... I couldnt think of much worse than cleaning in a hospital at the moment... talk about front line staff.... View
Food & Wine 30

Mel Casao - 10 hours ago
Kevin Lo What ya think of this place? View
Luke Evans - 15 hours ago
Lisa Black I'll be in on that View
Kirrilly McKenzie - 15 hours ago
Anita Patel amazing! Terima kasih!!!! View
Property 56

Capital Retro - 10 hours ago
Volvo said in 2017 that this would happen in 2019. They are probably just virtue signaling. Meanwhile, their Polestar EV JV c... View
Simon Azzopardi - 11 hours ago
Very soon they will have no choice as EVs take over! Better get it sorted now rather than leave it to later.. View
Robert Azzopardi - 13 hours ago
Being on the EC side of things I congratulate the owners of IQ for allowing this project to proceed. I’m hopeful that other... View
News 82

Alan Hopkins - 11 hours ago
do you use the roads? last time I checked they weren't funded by the end user. Btw if you pay so much in rates perhaps you sh... View
Adrian Glamorgan - 14 hours ago
interesting thought View
Adrian Glamorgan - 14 hours ago
You benefit by having a city that isn't as clogged up with cars as it would be if a light rail didn't exist. "User pays" is t... View
Opinion 3

@The_RiotACT @The_RiotACT
The first koala joey to be born at the National Zoo and Aquarium has been officially named. So what's she called? https://t.co/LsECG70PBh (3 hours ago)

@The_RiotACT @The_RiotACT
The January storms may be a sign of future disasters, but even now, 67,000 ACT households may be unprepared for storms this summer https://t.co/B9i7abgx1Y (5 hours ago)