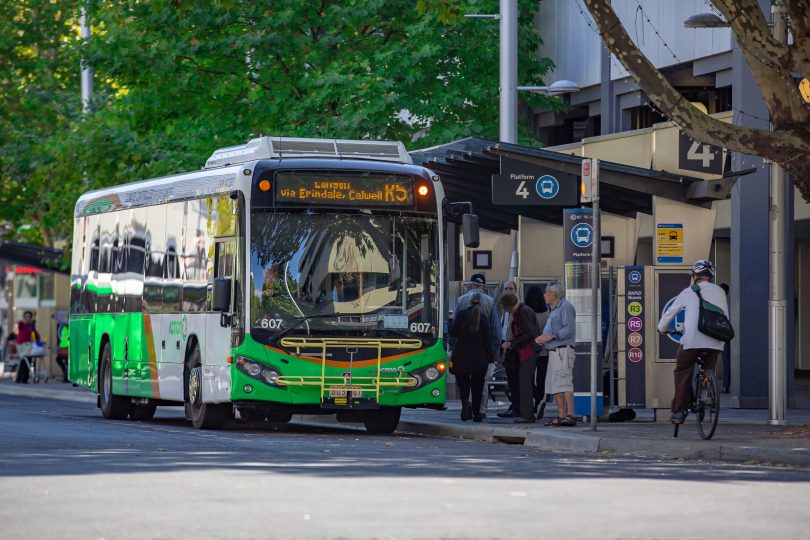 Would you like to see public transport made free for students? File photos.

The ACT Labor party has set the wheels into motion to provide free public transport for ACT school and university students but said its priority still remains in making the current network more accessible.

During ACT Labor’s annual party conference on Saturday (21 July), party members voted in favour of the motion to make public transport free for all students carrying a MyWay card in the nation’s capital.

Though the party has thrown its support behind the idea, an ACT Government spokesperson said new Transport Minister Chris Steel’s preference is to expand services rather than offer free services.

“We welcome debate and motions put forward at the party conference and while free public transport for students is now part of the ACT Labor party platform, it is not currently government policy,” the spokesperson said.

“We will consider it in the development of future government policies, however in the first instance it is the Government’s preference to expand services making our transport network more accessible for all Canberrans, rather than offering free services.”

Canberrans took more than 1,629,000 journeys during the first three weeks of free public transport offered by the ACT Government after launching the new network.

During the month of free travel, the light rail network recorded an average of 106,279 boardings per week and a daily average of 17,297 on working days, causing Transport Canberra to add more vehicles running on the network. 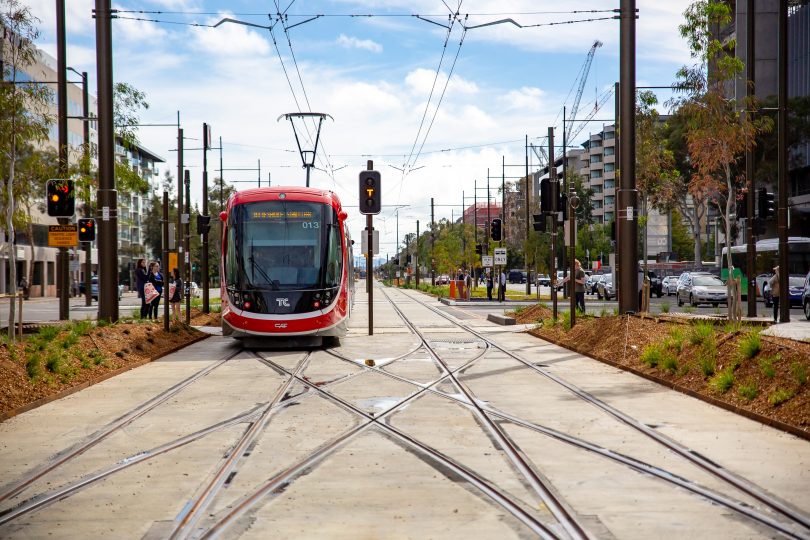 ACT Council of Parents and Citizens Associations spokesperson Janelle Kennard said parents have told the council that their concern with the current public transport network is safety and accessibility, not affordability.

“We would like to see the current network improved first before we start talking about free transport for students,” Ms Kennard said. “It is more important that kids can get to where they need to go in a timely and safe manner than for public transport to be free.

“I think it is a great thing to aspire to but we are still concerned about the safety and difficulties of families being poorly connected to their school that need to be fixed first.

“If there is extra money to be looking at free rides, we rather that they look at more frequent services to reduce overcrowding and to reduce wait times. Some students are waiting up to 35 minutes after the bell to leave school.

“It’s all well and good to provide students free travel, but what good is free public transport when there are no buses to catch?” she said. “Labor and the Greens have cut hundreds of dedicated school buses, buses to universities and weekend services.

“First things first – let’s give them a bus to catch.”

It won’t be free. It will be paid for with another rate increase. The money has to come from somewhere.

I do think it’s something to look at for the future. But I agree with Minister Steele that they have to actually fix the current network before making the buses free.

No good if a poor kid in Richardson or Gilmore can’t even get a reasonable bus service , but a wealthy kid in Campbell gets a free bus to Canberra Grammar school.

Why should a low income worker in Charnwood pay for his bus to Civic, but not a wealthy student in Griffith?

Tania Shaw - 1 hour ago
Jesse Ward yes I am fully aware of that View
Lance Hallström - 11 hours ago
Lyndon Ogrady did your house evaporate when you settled? If an investor bought it then it's still for rent. If a renter bough... View
John Hynes - 12 hours ago
Gee, the Labor Party getting commercial policy wrong? Never!... View
Opinion 102

Chanelle Fyve - 9 hours ago
Can they lend them out to backyard - I know the Canberra bee society puts them into people yards so they can have different v... View
Bente Hart - 17 hours ago
Susan Nicholls 1kg sugar to 2L water heat gently until sugar is dissolved. Cool down. Poor into shallow tray with straw or th... View
Capital Retro - 24 hours ago
There are definitely more bees than flowers in my garden this season. I think the urban situation will improve but it's prett... View
Business 7