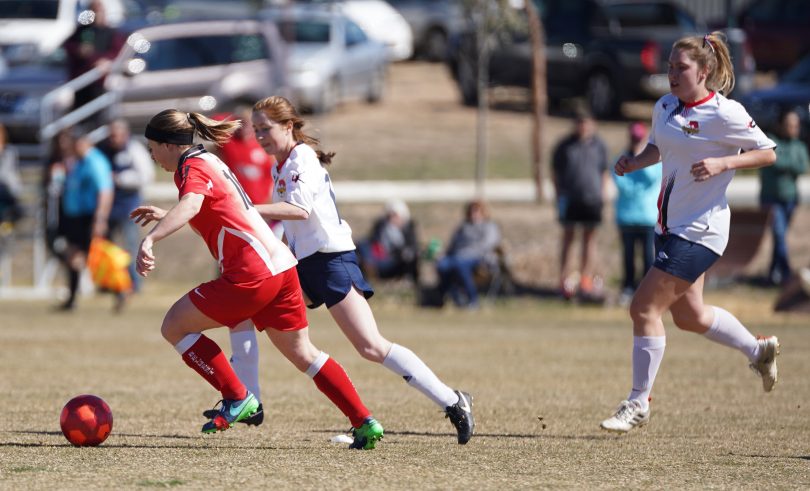 Capital Football is leading the way in female participation in football across the country after a new FFA report showed that over a quarter of registered footballers in the capital are female.

According to the 2018 National Participation Report which was released last Friday (22 February), 4,341 of the 16,651 Canberrans playing outdoor affiliated football last year were female, which is above the national average of 21 per cent.

Capital Football and Football Federation Tasmania both had a 26 per cent ratio of female participants in football, with Canberra having the best female youth percentage in the nation with 30 per cent.

Capital Football CEO Phil Brown said the report, which also saw over 39,000 players registered to play football in the nation’s capital last year, was a step in the right direction but the governing body is not content.

“It is the third year in a row that Capital Football has had the highest ratio of female to male players in the nation, so we are moving in the right direction but we are not yet where we want to be,” Brown told Region Media.

“We want to have an equal ratio of female and male players in the nation’s capital. We believe football is the most inclusive sport and there is no reason why the participation rates for players should be any different than rates to males and females in society generally.”

Brown said part of the ACT’s continued success in encouraging girls to play the sport was due to Canberra United.

“I think the establishment of Canberra United as a foundation team of the W-league has without a doubt helped promote participation in the sport,” he said.

“Canberra United has created local role-models that give aspiration for young players that can see it and can touch it and help them dream that one day they could be there.

“To reach our goal of 50 per cent, we will continue our programs. We know growing from 26 per cent to 50 per cent is not something that will happen straight away, and when it happens we want it to be sustainable.”

FFA’s report showed that more than 1.8 million Australians participated in football last year, which was an increase of 13 per cent and included a significant increase across all areas of the game including futsal.