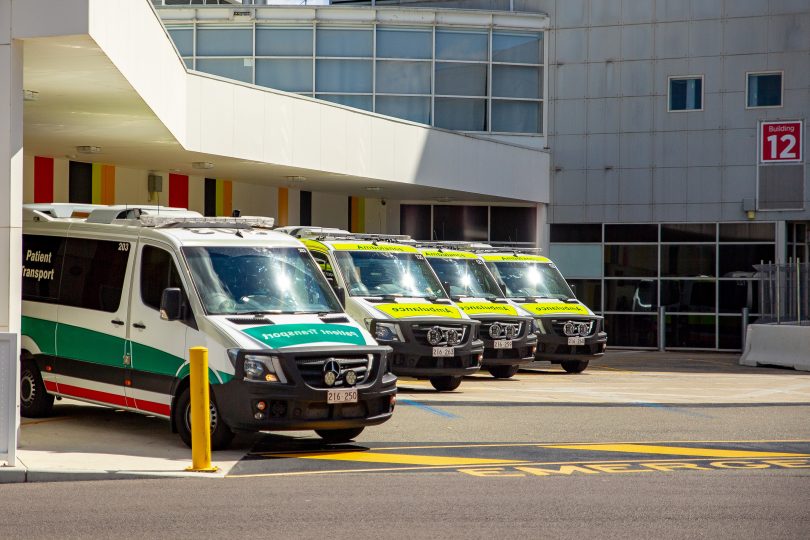 Spending on health in the ACT grew by 10 per cent in 2018-29 compared to the previous financial year. Photo: File.

Health spending in the ACT grew the most of any jurisdiction in Australia, increasing by more than 10 per cent in 2018-19 compared to the previous year, according to new figures from the Australian Institute of Health and Welfare (AIHW).

At the other end of the scale, expenditure in the Northern Territory shrank by almost six per cent.

The ACT was also the only jurisdiction to record faster growth in the second half of the decade to 2018-19, compared to the first.

The ACT Government spent $1.3 billion, the Commonwealth spent $1.7 billion with the rest of the expenditure coming from individuals and health insurance funds.

Despite the increased spending, the ACT health system has been consistently criticised for failing to meet KPIs, poor emergency department waiting times and a culture of bullying within its workforce.

The ACT also has the worst rate of bulk billing in Australia.

ACT Health Minister Rachel Stephen-Smith said the figures from the report were encouraging.

“It is important to recognise that those numbers include both Government and private spending on health so when you break down the numbers you get a slightly different picture [but] obviously it is good to see the figures in the report that ACT spending as a proportion of tax is the second-highest in the country,” she said.

“It is good to see that strong growth in health expenditure in the ACT, both from the government and the private sector, and it is probably not that surprising when you take into account population growth and the wealth in our community.” 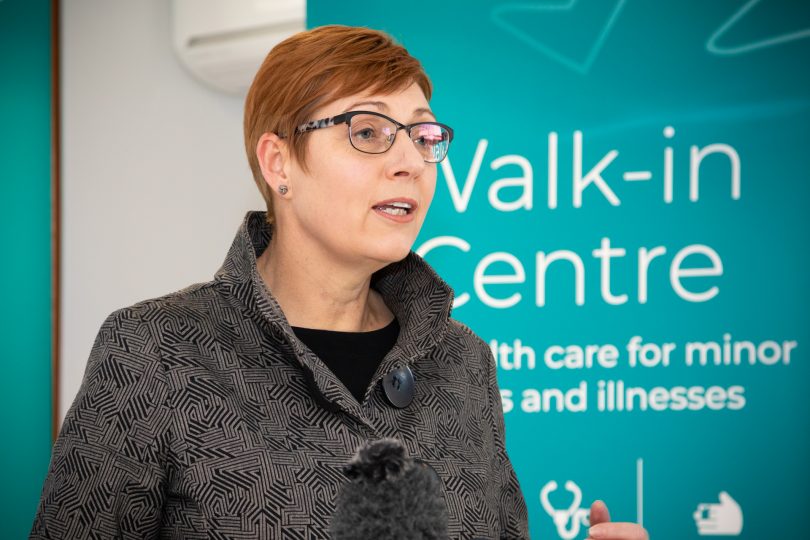 Despite criticism around the ACT health system, Minister Stephen-Smith said there are also really strong performance indicators that do not receive as much attention.

“We also have excellent outcomes in terms of quality of care and patient safety. We are continuing to improve our performance in areas like elective surgery,” she said.

“We do have some work to do in areas like emergency department wait times but we also have some excellent outcomes across other parts of the health system that often do not get reported.”

Total health care costs across Australia in the 2018-19 financial year were more than $195 billion, equating to a spend of just over $7,770 per person, the AIHW said.

But despite the increase, spending growth in 2018–19 was relatively modest when compared to key metrics like the decade average growth, population growth and growth in the economy and tax revenues, AIHW spokesperson Dr Adrian Webster said.

“Health spending represented around 10 per cent of economic activity in 2018–19, roughly the same as the previous year. This has not increased since 2015–16,” he said.

Health spending accounted for 10 per cent of Australia’s economic activity, the report said.

The full impacts of the Black Summer bushfires and the pandemic will not be reflected in health expenditure data until next year’s report, the Institute said.