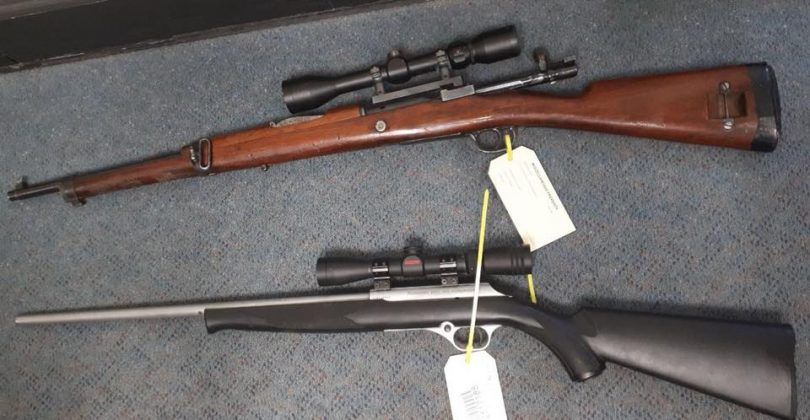 A 23-year-old man from the ACT has been charged with firearms, drug and property offences after a vehicle stop near Wee Jasper last weekend.

Police conducted a high-visibility operation targeting rural crime in the Hume Police District, where they stopped and spoke to in excess of 200 drivers and inspected 11 vehicles containing firearms.

Around 7 pm last Saturday (27 April), police spoke to the 23-year-old driver of a vehicle which was stopped near the front gate to a property on Three Ways Road, Adjungbilly.

Police searched the driver and the vehicle, during which time they allegedly located a small amount of methylamphetamine, an ‘ice’ pipe, a .22 rifle, a loaded .308 rifle, ammunition, and a set of stolen keys.

The offender is due to appear before Yass Local Court on 17 May.

Helen Brinsmead - 2 hours ago
Lorraine Ruth Savage why not all of them? View
News 16

@The_RiotACT @The_RiotACT
All's well in this week's newsletter - plus ravens, earthquakes and a bumper Mallaluka Wines vintage. Subscribe now for all the latest news and features direct to your inbox https://t.co/DGtf49Wy4Z (42 minutes ago)