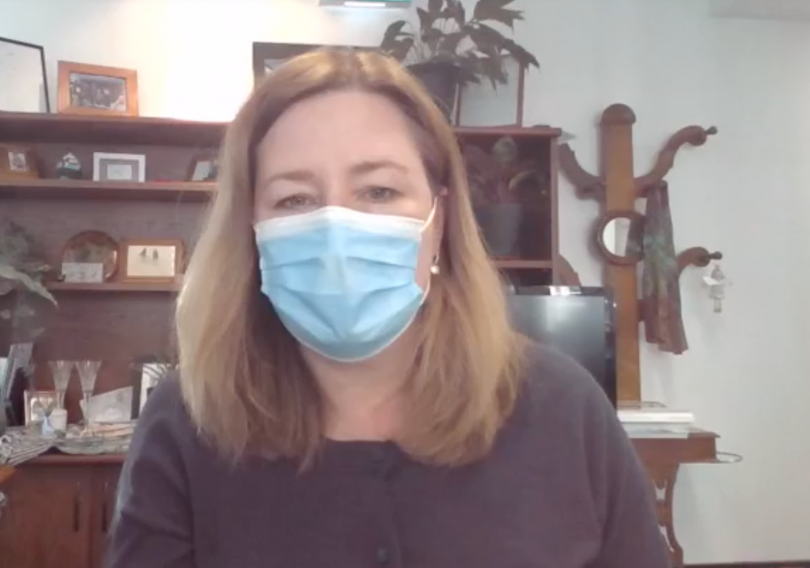 Despite periods of lockdowns and remote learning, this year’s NAPLAN results showed no noticeable slide backwards for the Territory’s school students, and some cohorts even clawed their way to the front of the pack.

The National Assessment Program – Literacy and Numeracy (NAPLAN) is undertaken by students in Years 3, 5, 7 and 9.

Tests took place between 10 and 20 May this year, a period when the ACT’s schools were plagued by remote learning periods due to the pandemic impacting staff availability.

Mr de Carvalho said this was the second year in a row this had been predicted but had not eventuated.

But he indicated he had some concerns with falling participation rates.

“This issue is of concern, as low participation rates can impact results analysis and the ability to get a clear picture of literacy and numeracy achievement at the national level,” Mr de Carvalho said.

Lower participation rates than the national average were reported in the Territory for every cohort and every subject.

Nonetheless, the ACT’s students ranked highly in terms of average scores and the percentage of students who achieved at or above the national minimum standard.

In fact, there was not a single area where the Territory’s students recorded an average score below the national average.

They said this included explicit teaching of skills like phonics and phonemes, as well as working with families to ensure literacy skills were practised on the ground.

Some problems persist nationally, such as the performance gap between Indigenous and non-Indigenous students.

Locally, results remained stable compared to last year’s with no statistically significant change being recorded across the three domains of reading, writing and numeracy for every year.

Compared with the baseline year (2008), reading scores have been steadily increasing for students in Year 5 and Year 3 while remaining stable in Year 9 and Year 7.

But the percentage of Year 9 students achieving at or above the national mean score had decreased from the baseline year of 2008.

Furthermore, in reading, the Territory’s students scored above the national minimum standard in every year group.

Writing results were steady on the 2011 baseline score and last year’s results.

All cohorts recorded average scores above the national minimum standard.

Excluding Year 7 maths, all numeracy results remained steady on the 2008 baseline and the 2021 scores.

The only category which slipped backwards was Year 7 numeracy where the percentage of students achieving at or above the national mean has been steadily decreasing over time.

Of 48 aggregated incidents of cheating on NAPLAN tests reported across the country, two were recorded locally.

One was a case of inappropriate assistance being provided to students and the other was students passing notes. In both cases, ACARA said training would be improved and communication would be reinforced.

An independent review by the Grattan Institute in 2018 found the ACT was actually the country’s worst performer when social and economic advantage were considered.

Scores are not aggregated along those lines in the NAPLAN national report (released on 31 October).

Education Minister Yvette Berry welcomed the results, saying they showed how resilient children and young people are, as well as the dedication of their teachers, parents and carers.

“NAPLAN is important, but the well-being of our children must remain my highest priority,” she said.

“When it comes to NAPLAN, I have said several times, it isn’t the be-all and end-all.”

So all schools are bad equally – In Australia?

The problem with education is the pull towards fads like chrome books and other teacher timesavers. Why mark a test when google will assess your kids for you. Education is secondary to a desire to make teaching easy. Without the aids the modern student fail.

You’d think that with all the tools students would learn faster and would always be jumping in skills. Then we find out things like Common Core have been holding kids back for years.
Many schools are now no homework but that ensures the parents have no idea how much standards have slipped.