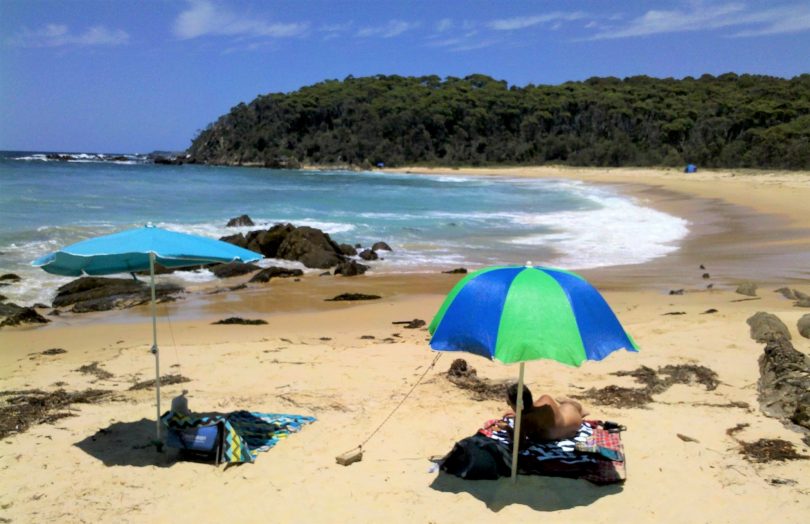 Everyone is welcome at Armands Beach. Photo: Supplied.

It hasn’t been a great beach season on the Sapphire Coast, with heavy smoke, fires, and ash on the sand and in the water still detering many swimmers.

But autumn is known to locals as having the best beach days, with clear blue-green water, warm ocean currents and plenty of sunny days. It’s not too late to capture the last of summer and what better way to celebrate living through an unprecedented fire season than by tossing aside those soggy swimmers and giving naturism a try?

After cancelling their annual Nude Year’s Eve dinner due to fire, Bermagui’s nudists, the Armands Bay Leisure Group, which frequents the only legal clothing-optional beach from Nowra to the Victorian border, Armands Bay, is keen to go ahead with their Family Fun In The Sun day, scheduled for Sunday, 8 March.

“We welcome new faces and there’s no pressure to get your kit off, it’s clothing-optional,” says club president Errol Masterson.

This year, the Bermagui group have had trouble finding someone to lead the games and activities on the day, so the ACT Nudist club has stepped in, providing an experienced facilitator and attending en masses themselves to support their coastal counterpart. 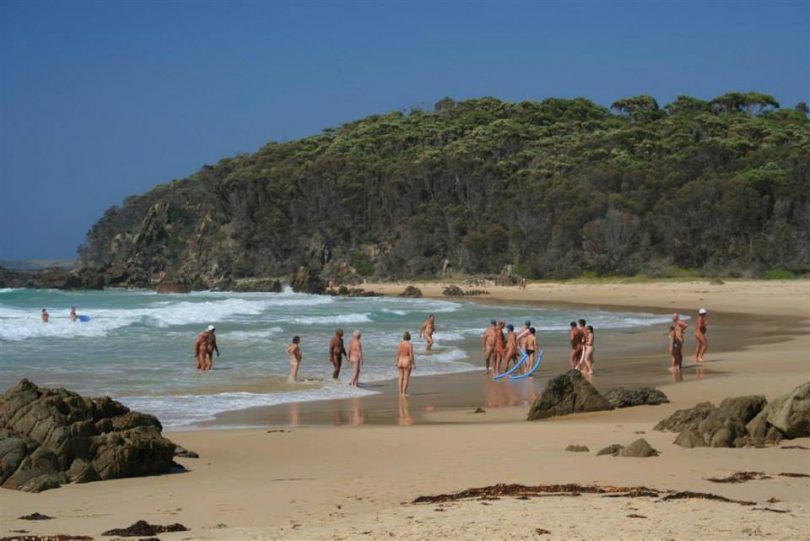 Armands Bay, near Bermagui, is the only legal clothing-optional beach on the south coast. Photo: Armands Bay Leisure Group.

“Conditions this summer have not been conducive to pleasant beach days but, of course, you can’t deter nudist stalwarts,” Errol says.

Dave Bulman is one of these stalwarts, moving from Melbourne in 2011 to Beauty Point, in large part because of its proximity to Armands Beach.

“I live nude as much as I can,” Dave says. “I was a very shy and self-conscious child and the more I’ve got into being nude the more comfortable I’ve become in my own skin. For me, there are so many health benefits.”

Dave says he made it clear to his neighbours what his lifestyle is when he first moved to Beauty Point and that they are understanding.

“I’m naked, weather permitting, while I’m outside doing a bit of gardening or having a coffee but I put something on when we chat across the fence.”

Armands Bay is named for Frenchman Armand Lemmeric, a farmer who is known to have swum nude at the beach as early as 1903, with the beach’s popularity apparently peaking in the 1930s, when nude cricket matches were regularly held. 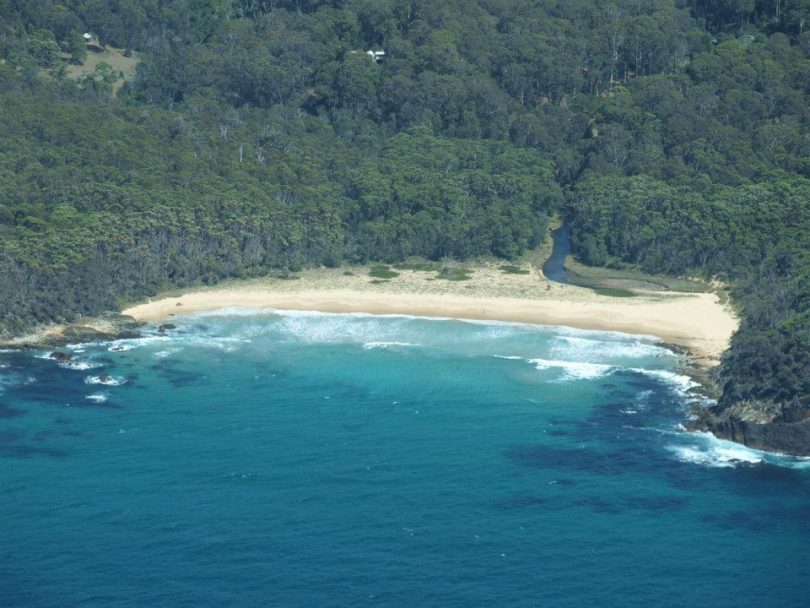 Armands Beach near Bermagui is a secluded getaway on the South Coast – clothing optional. Photo: Supplied.

The upcoming Fun In The Sun day calls on the early spirit of fun and games associated with Armands and Dave is clear that while nudity is often associated with sex, respect is key for this group of nudists.

“I’ve occasionally heard of single women and gay men being harassed, mostly around Melbourne when I first started going to nude beaches,” Dave comments, “but it’s not common and certainly not accepted. Naturism is all about people feeling comfortable and when everyone feels safe, you really appreciate the benefits.

“No-one is born self-conscious and it’s truly liberating to throw all that away and let the waves wash over you.”

If you’d like to try something nude in 2020, check out Armand’s Bay Leisure Group’s events and get in touch via their email, or show up at Armand’s Beach on Sunday, 8 March.

Armands Beach may be the only legal nude beach on the coast but I’ve found if you go nude on a lot of beaches there nobody minds. Of course I’m not suggesting you go nude on Caseys Beach or Corrigans Beach, just the more secluded beaches. People who disapprove of nudism have major problems and psychological hangups.

Ken McInnes - 14 minutes ago
Great people great coffee always a smile just a happy place. Well done it’s always nice to see a family working together da... View
Neridah McMinn - 2 hours ago
My absolute favourite place for a Saturday morning breaky 💕 View
Graeme Jeffries - 3 hours ago
I always stop there for a great coffee and toasted cheese and tomato sandwich. A friendly place and service with a smile! May... View
Opinion 2