There are now 29 confirmed cases of COVID-19 at the prison. Photo: File.

A man in his 80s has become the Territory’s 90th pandemic casualty and the Territory has recorded 1000 (562 PCR and 438 RAT) new COVID-19 infections in the 24 hours to 8 pm last night as the Alexander Maconochie Centre copes with its second COVID-19 outbreak of the year.

Hospitalisations have increased slightly from 141 yesterday to 149 today. Of these, two people are in the ICU, but no one requires ventilation.

As of midday, there were 29 inmates infected so far by the virus and in-person family visits have been suspended. Detainees continue to have access to the phone and computers in their accommodation areas.

“Legal and welfare visits services are continuing. AMC has effective legal and welfare engagement strategies in place, which were successfully used during previous mandatory lockdowns at the facility,” the spokesperson said.

The prison is not in full lockdown.

It’s been reported in the media today that some lawyers were refused access to their clients but JACS has refuted these claims, saying only in-person visits have been suspended and audio-visual meetings are being arranged.

The spokesperson said audio-visual meetings with detainees identified as COVID positive or as being high-risk contacts cannot be facilitated.

These meetings are being prioritised for detainees with matters going to court in the next week.

JACS said it has advised law firms of the outbreak at the prison.

“In addition, offers have been made to add legal phone numbers to detainees’ phone accounts so the detainee can contact their legal representatives directly from their accommodation unit,” the spokesperson said.

Prison staff have been undertaking rapid antigen tests every second day. JACS has confirmed it is unaware of any positive results being returned in conjunction with the current outbreak.

Fifty-seven inmates tested positive during an outbreak in May and June. At one point, there were fears up to half of the prison’s population could be infected but that did not eventuate.

Last year, during the height of the Territory’s Delta wave, it was revealed a “reasonably senior member” of the prison’s workforce tested positive to the virus while other infections were recorded among new arrivals to the centre.

There are now 5533 known active infections in the Territory and a total of 188,619 COVID-19 cases have been recorded since the pandemic began.

There are now 2282 people in hospital with the virus and 65 people in ICUs around the state.

There are now 852 people hospitalised with the virus and 33 patients are in the state’s intensive care units. 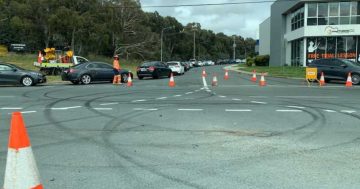