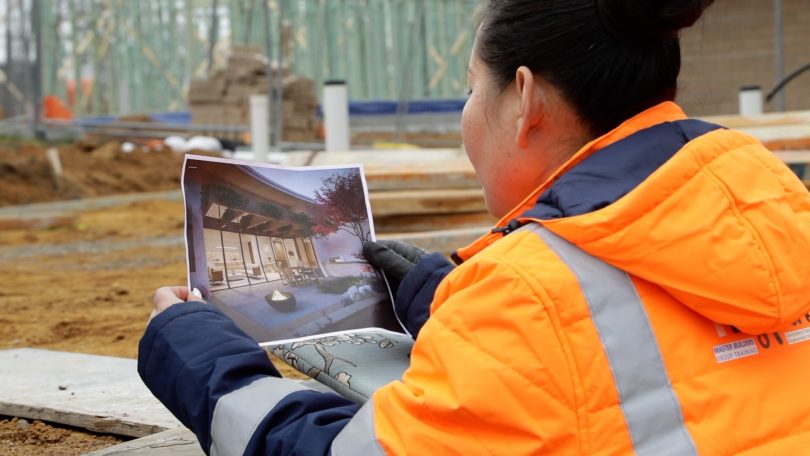 The ACT has recorded the slowest apprenticeships and training growth in the country. Photo: Region Media.

The ACT’s apprenticeships and training sector is the slowest-growing in the country – and it’s a trend that’s concerning industry leaders.

According to the National Centre for Vocational and Education Research (NVCER), all jurisdictions recorded growth in the number of apprentices in training from March 2020 to March 2021, but the ACT’s was the smallest – up only 7.5 per cent – compared to the national growth of 20.7 per cent.

Apprenticeship commencement rose 8.8 per cent in the same period in the ACT and 28.5 per cent nationally.

Master Builders Association (MBA) ACT CEO Michael Hopkins is calling for the ACT Government to invest more heavily in training and apprenticeships, and the Opposition warns the Territory risks being left behind the rest of the country.

Two industries seem to have been particularly hard-hit, with the number of apprentice hairdressers and butchers declining by 40 per cent in Canberra since 2013.

Canberra Liberals leader Elizabeth Lee said the data confirms the ACT had fallen behind in investment and growth in apprenticeships and vocational training.

“The data released by the NCVER shows that every other state and territory has seen massive growth in the number of people starting vocational training, but the ACT has fallen far behind,” she said.

The recent budget allocated an additional $2.2 million for apprenticeships and traineeships through the Australian Apprenticeships and Skilled Capital programs, but the Opposition is calling on the government to further subsidise training, particularly in the construction sector.

“There has been a chronic underfunding of skills and training in the ACT, and in this year’s budget, there is no material commitment to improving and boosting skills and apprenticeships to deliver on infrastructure projects,” Ms Lee said.

Subsidies for trade apprenticeships are delivered on a joint funding model from the state or territory and Commonwealth governments.

Mr Hopkins is calling on both levels of government to negotiate the much-talked-about National Skills Agreement for the ACT, which would increase funding for apprenticeships.

“The current inability to reach agreement means that the subsidy level is simply staying the same,” Mr Hopkins explained.

Without these subsidies increasing, the MBA says the industry associations that deliver training are forced to rely on membership fees.

“It’s not sustainable going forward, particularly as we see other states and territories invest heavily in trade training,” he said.

“We need to see a strategy from the government to achieve the 250,000 jobs the Chief Minister wants to deliver.”

Mr Hopkins also thinks this strategy must be holistic and expressed his concern about remarks made by Chief Minister Andrew Barr in his capacity as Treasurer last week.

Mr Barr told a Budget estimates hearing that while the government would continue to invest in training, businesses have a larger role to play.

“It’s businesses who stand to benefit the most from having a skilled and productive workforce,” he said.

Mr Hopkins said this was disappointing to hear.

“Asking the private sector to do the heavy lifting completely ignores the fact that the ACT is an expensive place to live,” he said.

“We need a strategy that’s not only about providing more training places but also addressing the cost of living and affordable housing.”

to many soft government jobs big money no responsibility 🙃

Been trying to get an apprentice (landscape construction) for about 3 months now no luck. My theory is there is too much free money from the gov at the moment so hoping it improves before Xmas as gov assistance is scaled back.

What about instead of hiring people who will quit within a year or 2 give older people a chance?let over 25-30 have the opportunity to learn a trade or upskill instead of constantly turning them away?I tried to get a trade apprenticeship for years in my late 20s and early 30s with no luck.

how many departments have cut their tradesmen out and gone mostly contractors?

Does this include IT apprentices? We will need more of them, for the federal government zero emissions strategy.

Young people in the building trade can certainly earn heaps as labourers. The problem is that when they are 40yo they are clapped out and that’s when the guy who did the apprenticeship has his golden years.

Xavier Drewitt that’s one trade and no shortage of apprentices for that reason,

Why get an apprenticeship when they can get paid heaps more labouring. 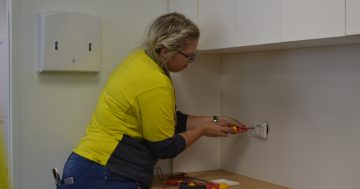