11 May 2022 | Lottie Twyford
Start the conversation 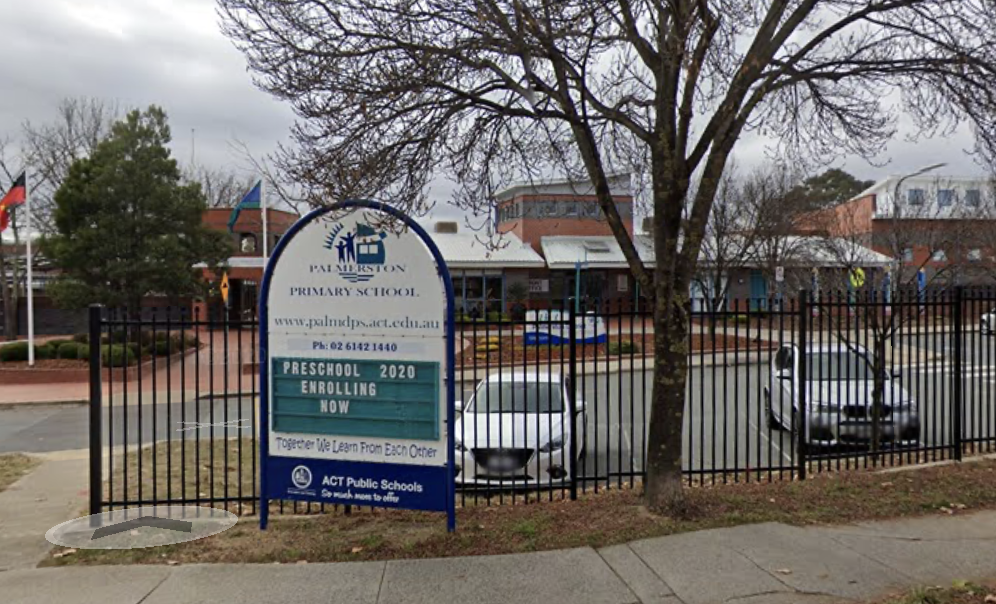 Years three to six at Palmerston District Primary School will be at home until Monday, 16 May. Photo: Screenshot.

As previously reported, Year 10 students at Amaroo School in Canberra’s North will remain at home until Friday, 13 May.

At the following three schools – Palmerston Primary School, Macgregor Primary School and Franklin School – students from years three to six are undertaking remote learning between Tuesday, 10 May and Monday, 16 May.

Two classes at Black Mountain School have also been undertaking remote learning since Monday (9 May) and will remain at home until Friday.

Year Five and Six at Caroline Chisholm School are at home from today until next Thursday (17 May).

A spokesperson for the ACT Education Directorate confirmed all public school students previously reported to have gone to remote learning – Margaret Hendry School, Charles Weston School and Cranleigh – have now all returned to campus.

“No ACT public schools have yet had to cease face-to-face operations to all years as a result of teacher shortage due to COVID-19,” the spokesperson confirmed. 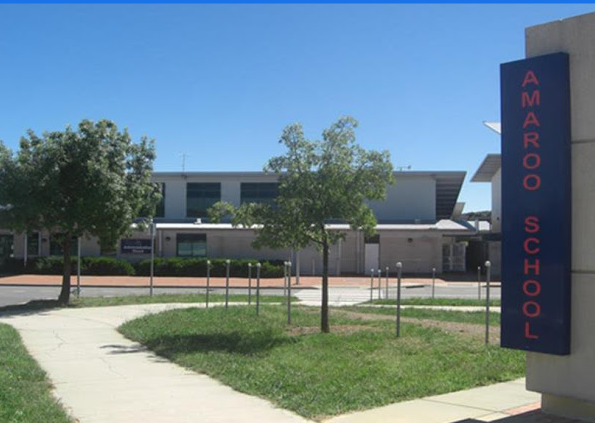 Year 10 students at Amaroo School have been sent home to undertake remote learning due to teacher shortages. Photo: File.

COVID-19 has also continued to impact schools. It’s understood some students in Canberra’s North have become the latest to turn to remote learning due to staff shortages exacerbated by the pandemic.

Year 10 students at Amaroo School are reportedly now at home. It’s unclear how long these students will undertake remote learning for.

The ACT Education Directorate has yet to confirm these arrangements.

It follows similar moves at three schools made public last week. It’s understood the Year 5 and 6 cohorts at Cranleigh returned to campus on Monday (9 May) and Margaret Hendry and Charles Weston students returned today.

COVID-19 restrictions in schools eased significantly this week with visitors allowed to return to campus and many activities like excursions and camps given the green light to resume.

From Monday (9 May), household contacts of confirmed COVID-19 cases have been able to attend campus as long as they abide by ACT Health requirements. The mask mandate for high school students was also lifted.

Minister for Education Yvette Berry said household contacts would not be required to “prove” a negative test result before attending campus.

It was also announced the vaccination mandate for staff and teachers would lift after 13 May.

During the week ending Sunday 1 May, 210 cases of COVID-19 were reported to 60 ACT public schools. Cases in non-government schools are no longer reported by the Directorate.

Today, there are 76 people in hospital with COVID-19. Four of these people are in ICU and two require ventilation.

Yesterday there were 73 people in hospital and 987 infections were reported.

The double-dose vaccination rate for the ACT’s five-plus population remains 97.1 per cent and 75.7 per cent of residents aged 16 and older have now received a booster.

Of ACT residents aged five to 11, 66.4 per cent have received two doses of vaccine.

There are now 1452 people in hospital with the virus and 48 people in ICUs around the state.

There are now 533 people hospitalised with the virus, while 33 patients are in the state’s intensive care units.