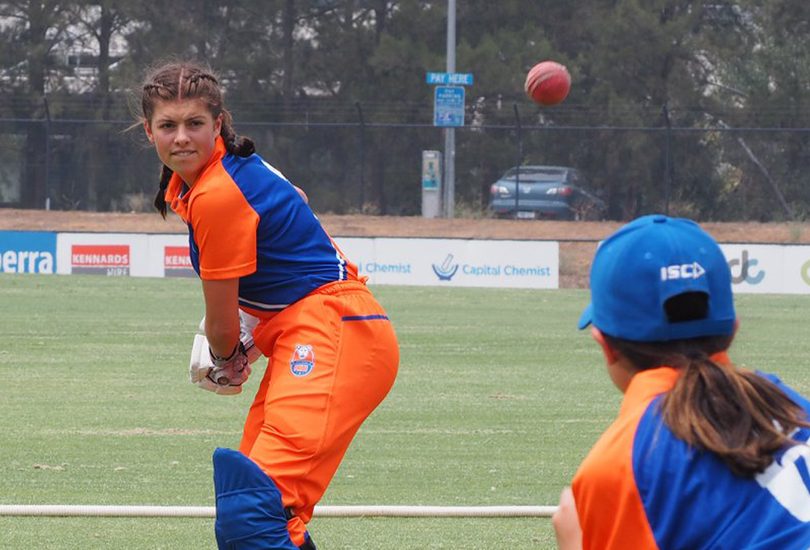 Canberra’s summer of cricket just got a whole lot bigger with the launch of an expanded short-form competition for the region’s top players.

On the back of the success of last season’s inaugural Female T20 Bash, Cricket ACT has expanded its 2020-2021 program to include 22 representative teams across six divisions ranging from under-12s to senior men and women.

Players will represent four franchises – Northern Frenzy, Eastern Fever, Southern Pride and Western Crash – with the exception of the senior men’s competition which will be an ACT north-versus-south tri-series based on last year’s All-Stars for Mental Health match.

The majority of games will be played in T20 format with a season-ending finals carnival at Manuka Oval in the works.

“One of Cricket ACT’s key goals is to make the Canberra region a talent hotspot within Australia,” said Cricket ACT CEO James Allsopp. “For years, we have shown the strength of our program in the ACT.”

Current Test off-spinner Nathan Lyon spent the formative years of his career in the ACT playing grade cricket for Western Districts & University of Canberra Cricket Club before debuting for the ACT Comets in 2008. Fast bowler Jason Behrendorff, who plays for Western Australia and the Australian ODI team, also cut his teeth in the nation’s capital. 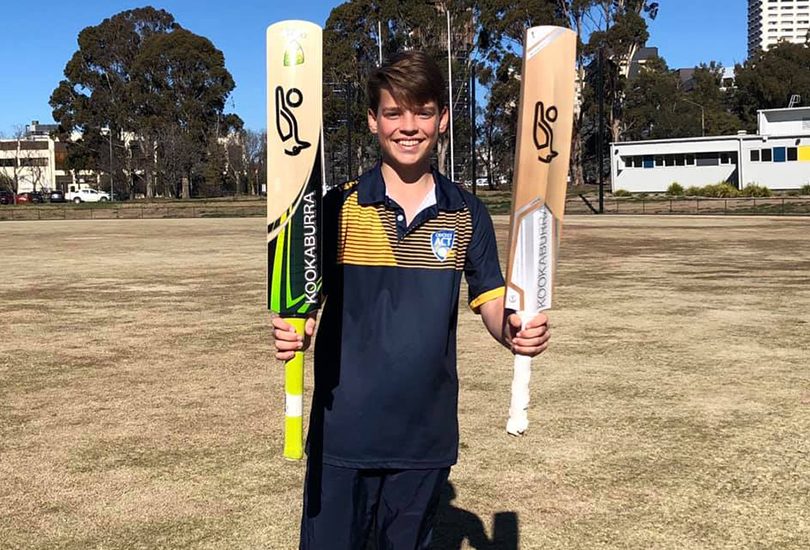 The T20 Bash tournament is backed by Canberra-based technology company CDC Data Centres, which has also thrown its support behind the expanded ACT Cricket male and female pathway program.

“I think that needs to be the ambition at a minimum, and hopefully our contribution will be the beginning of something quite special for cricket in the ACT.”

The partnership is also a boon for Cricket ACT at a time when sporting organisations across Australia are struggling.

“In these uncertain times, this partnership provides stability and a positive message that Cricket ACT is planning to exit the COVID-19 pandemic in a healthy state,” said Mr Allsopp.

“(The) contribution to our organisation will enable us to continue to punch above our weight and support the growth of cricket, both locally and nationally.”

Also on the cards is an ambitious ploy to host an under-15 National Championships in Canberra next summer. While the event is not yet confirmed, it would provide another valuable opportunity for the region’s rising stars.

“In addition to the CDC Bash, the proposed National Championships will provide both the ACT under-15 male and under-15 female teams with quality competitive playing opportunities against the best opposition available,” said Cricket ACT high performance general manager Olivia Thornton.

“This will be invaluable for their ongoing development. The CDC Bash will be used as a selection tool for the under-15s National Championships.”

More information is available on the Cricket ACT website. 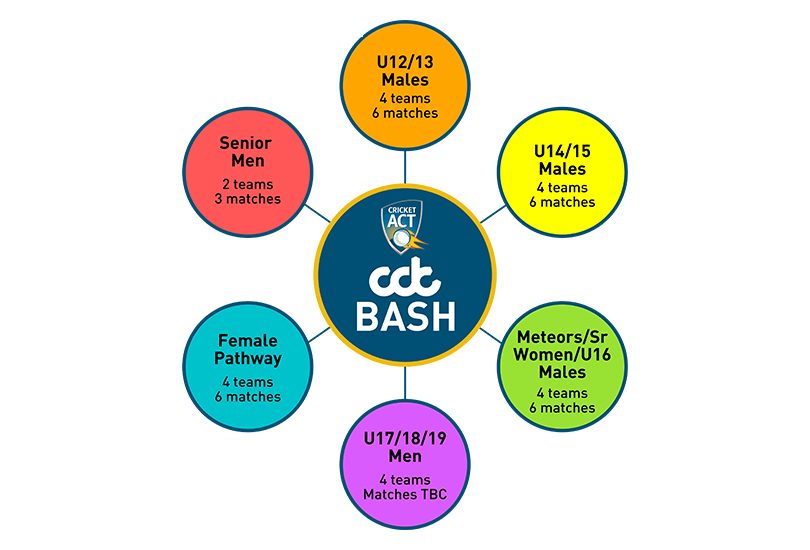 The teams and matches that will comprise all levels of Cricket ACT’s CBC Bash this summer. Image: Cricket ACT.