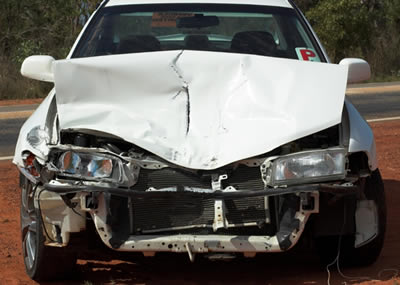 The ACT will have its first taste of deliberative democracy with the recruitment of a citizens’ jury to find ways to improve the Territory’s Compulsory Third Party (CTP) insurance scheme.

It will coincide with a community consultation process via the Your Say website.

She climbed down from that remark but suggested that other topics that could be dealt with by citizens’ jury could be the location of public housing in the Territory, playground provision and whether 16 and 17-year-olds should have the vote. With $2.8 million allocated in the Budget for the financial year, she was looking forward to more citizen juries’.

Mr Barr said CTP insurance was an issue that affected all of Canberra’s 285,000 drivers and a citizens’ jury was an ideal model to work through such a complex issue.

He said a representative jury of 50 Canberrans would study the scheme and the trade-offs involved, be advised by experts and hear the views of industry stakeholders and the wider community.
But the jury would be told that premiums could not rise as a result of any package of improvements.

Mr Barr said its first task would be to identify the priorities for a CTP scheme that best balanced the interests of all road users.

“The jury’s priorities will then be given to a Stakeholder Reference Group made up of legal representatives, healthcare providers, consumers and ACT Government officials,” Mr Barr said.

“The reference group will develop a number of workable models for consideration. The jury will then come together again and assess which of the models best meets those priorities.”
Mr Barr said the Government was committed to pursuing the model the jury preferred on the basis that it met the community’s priorities.

Invitations to participate in the citizens’ jury will be mailed out from 7 September with an independent recruiter selecting the jury, which will broadly correspond to the demographic profile of the ACT and involve different types of road users, in late September.

The jury’s first meeting is set down for 14-15 October, with another meeting on 28-29 October to set priorities. Stakeholder Reference Group meetings will take place from November 2017 to March 2018. The jury will meet on March 24-25 to consider workable models and a model is expected to be chosen in the third quarter of 2018.

Mr Barr said that Canberrans paid some of the highest premiums in the country, yet there were significant gaps in coverage.

“The ACT’s current CTP scheme does not cover everyone injured in a motor vehicle accident, leaving too many Canberrans exposed to big medical bills and other costs,” he said.

“For example, if you hit a kangaroo you cannot claim under the CTP scheme for your injuries because no-one was at fault.
“It can also take two years or longer to negotiate and receive a full payout after an accident, preventing Canberrans getting the treatment and care they need right away.”

The use of deliberative democracy is part of the Parliamentary Agreement between Labor and the Greens.
Community members and stakeholders can provide feedback on CTP by visiting: www.yoursay.act.gov.au/ctp.

I know I’m showing my age, but when I heard this expression I thought of a line from Clint Eastwood in ‘The Enforcer’ (1976):

Sue Thurley - 2 hours ago
Was Martin Smith in that team? View
News 19

Anura Samara - 5 hours ago
Jon Billows they are taking it up with the government through the Public Works Committee. View
Mal Briggs - 7 hours ago
Elroy Jones that's where it is. Doesn't mean it couldn't move. And, gross imagery, Mitchell isn't a toilet, and I'd not be ho... View
Jon Billows - 7 hours ago
Steph Jackman as I have mentioned I didn't read it. I saw more complaints about the war memorial funding and saw red. I can r... View
News 13

Steve Olive - 7 hours ago
Sean Cryer - you control your preferences, not the candidate or the party. The only time a party controls preferences is if y... View
Breaking 10

Acton - 8 hours ago
So this proves testing can be unreliable, returning false positives and false negatives. You are the best judge of your own h... View
News 5

DJA - 10 hours ago
But all boxes had to be numbered, so it was the voters who determined the preferences, not the parties. This is not the same... View
Spiral - 21 hours ago
And as it was announced before the election that the S,F&F Party would be sending their preferences to Labor, by extension th... View
Business 13

gerard - 15 hours ago
It appears The Canberra Times is printed at North Richmond, along with the Newcastle Herald and the Illawarra Mercury. View
Andrew Brien - 19 hours ago
Allan Evans bin them. rag trader press.... canberra print is dead View
Property 7

George Watling - 18 hours ago
I 'd be very happy to see more public housing stock being provided as long as the building of new stock is not used as a troj... View
assiduous - 20 hours ago
A direct consequence of years of ACT Labor & Greens government deliberately choking off the supply of new land and driving up... View
News 14

David Brown - 21 hours ago
I think it is a great idea. I hope the fees are reasonable. View
show more show less
*Results are based on activity within last 7 days

In a recent RiotACT column on banksias, I mentioned black-cockatoos in passing – and nearly all the subsequent comments focussed...
News 42

@The_RiotACT @The_RiotACT
Young Canberra composer Chloe Sinclair has melded last summer's bushfires with the coronavirus shutdown to create a musical statement about our year of anxiety that will be premiered on the Canberra Symphony Orchestra's online Australian MiniSeries https://t.co/nV1GPw7Xkm (1 hour ago)

@The_RiotACT @The_RiotACT
Despite bushfires and COVID-19, construction of the Batemans Bay Bridge replacement project over the Clyde River is on schedule, reducing bottlenecks and closures for water traffic. Here's where the project's up to https://t.co/XuviiCpqaC (2 hours ago)

@The_RiotACT @The_RiotACT
Questacon's reopened after the COVID-19 shutdown with its Mission to Mars exhibition - and it's already a best-selling show. Are you ready to take the first steps on the Red Planet? https://t.co/UB85GMEaBC (3 hours ago)