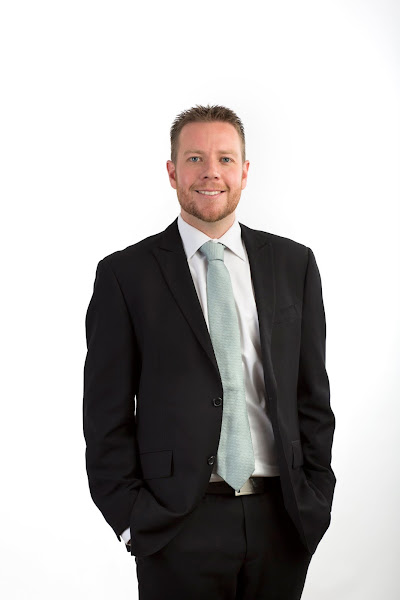 I support giving people who are terminally ill access to physician assisted voluntary euthanasia. It allows people who are terminally ill and suffering intolerable pain or distress the opportunity to end their life in a way that is dignified and pain free. I believe my view is supported by the majority of Australians. I would support a Senate inquiry into voluntary euthanasia with an aim to provide terminally ill people with access to medical assistance to end their lives, establish safeguards to ensure the protection of vulnerable people, and protect physicians who provide medical assistance.

Yes. This is the forward-looking transport infrastructure that Australia needs. We are the only continent (aside from Antarctica) that isn’t currently operating or developing high speed rail. A high speed rail link connecting Melbourne/Canberra/Sydney/Brisbane will increase the connectedness of our cities, reduce our transport emissions, provide economic opportunities for Canberra and the region, and allow us flexibility in how and where we live. The Greens already secured funding for a feasibility study which demonstrated the environmental and economic benefits, and in the next term of parliament we will push hard to get high speed rail moving by establishing a dedicated High Speed Rail Authority responsible for finding the best rail corridors and securing ownership of the routes.

No, and the inequality in wealth is widening between the haves and have-nots. In a country as wealthy as Australia, it’s disgraceful that we have 2.3 million people living below the poverty line. We need to be looking out for the vulnerable people in our society and giving them opportunities to break out of poverty. We need to start by lifting the rate of Newstart by $50 per week so that people aren’t living in poverty while trying to get a new start, giving job seekers proper support to find work, increasing housing affordability, keeping the costs of healthcare and healthy foods down, and ensuring everyone has access to a high quality education.

Getting in to the housing market in Canberra is difficult, and it’s especially hard to save up for a home when rents are also very high. The average rent in Canberra has tripled since 2000. The Greens will invest over $200M to build 85,000 new affordable rentals over the next decade, benefiting more than 220,000 people and reducing the acute pressure in the rental market. You can view the full rental policy at www.greens.org.au/rental-revolution

Greens also view the availability of social housing as important in helping those in most urgent need of secure affordable housing. The Greens have a plan to create 122,000 new social housing homes over 10 years. This should halve the current waiting list for social housing. You can view this full policy at www.greens.org.au/cut-housing-waiting-lists

It is an ace idea. I’ve been out doorknocking in Gungahlin since February and everyone who is connected to the NBN loves it, especially as many areas of Gungahlin previously had internet options not much better than what I had growing up in the outback. Having grown up in these areas, I also know that the NBN is particularly ace for those that live and work in rural and remote communities.
The benefits extend far beyond movies, music and video conferencing. The NBN will allow many opportunities in communications, education, healthcare and business, encourage innovation and foster more rapid evolution of productivity enhancing technology, and allow flexibility in work and lifestyle.

I’m really proud to be a member of a party which has Scott Ludlam as a Senator speaking out on this issue. I believe he’s the only currently elected MP with a strong grasp of the issues, and actually standing up to ensure our fair right to privacy and freedom is respected. The silence of other politicians and parties on this matter is particularly concerning.

The Greens policy is to ensure surveillance remains within the Rule of Law, just the same as for other forms of law enforcement. This includes the requirement for a warrant before collecting personal information and requirement to appropriately report on these activities. You can see the full Greens policy on this area at www.greens.org.au/surveillance

1. the other candidates for Fraser that I have met have all been friendly. It has been nice to chat with them about their own experience as a candidate.
2. I respect that none of the candidates I’ve met just concede that it’s a safe Labor seat. We’re all in it to win it, not just to make up the numbers.
3. Although they are not running in Fraser, I’m glad the Voluntary Euthanasia Party are running candidates for the Senate and bringing much needed attention to an important and sensitive issue, and one that the major parties have been reluctant to act on.

Peter Kline - 19 minutes ago
Tony Armstrong great news. View
Mazzie Woodward - 7 hours ago
We don’t have a working hospital and they are building a giant battery 🔋 does anyone else find this utterly ridiculous? View
HiddenDragon - 11 hours ago
"....will ensure that the nation’s capital remains at the forefront of a booming industry – supporting new jobs in emergi... View
News 161

Karla Hickey - 6 hours ago
Iain, I agree, also not a jumper (like Pete calls it, lol) View
News 21

chewy14 - 7 hours ago
Nobody, Interestingly, one year later, that number is down to 100 under construction or "planned", with another 300 "proposed... View
whatwik - 13 hours ago
There's certainly a nuclear reaction from the usual suspects here any time renewables are mentioned. View
Futureproof - 14 hours ago
Nuclear - the Greens say no New hydro dams - the Greens say no Windfarms in remote areas - Bob Brown says no... View
Community 49