After the Armistice: coming home to Hall 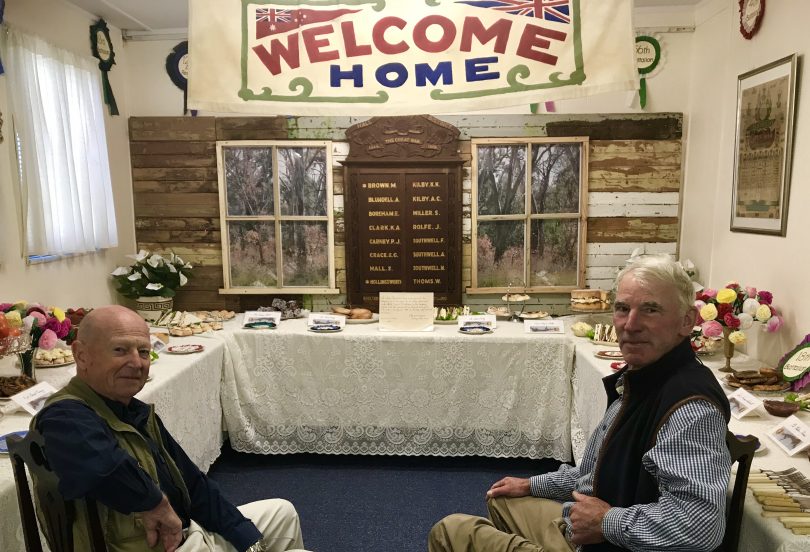 As great deeds were marked with a solemn ceremony at the War Memorial this Remembrance Day, the people of Hall village remembered their own. Southwells and Kilbys, Craces and Rolfes, names known and loved by their families and neighbours, were recalled when the Hall School Museum opened their Armistice and After exhibition on 11 November.

37 men enlisted from the district extending from present-day Belconnen and Gungahlin to Jeir and Tallagandra, probably about one-third of the eligible local men. Historian Allen Mawer, who curated this exhibition and the preceding When Hall Answered the Call says “We wanted to tell the story of what happened when the men came back, and in particular I was really interested in how many of them went around again for the Second World War – and quite a few did.”

Alastair Crombie, honorary curator for the Friends of Hall School Museum says “This wasn’t just about the war stories, the guts and glory. We found the families these men came from, what they were doing before the war and what happened next, and that’s now embedded in our own local history.”

A number of people volunteered to track down family histories, which they then fitted into the national and international war story. Wall panels give the wider context and also tell the story of locals like Everard Crace of Gungahleen Station, who was turned down when he volunteered, but insisted on serving and ended up as a cook as the troops fought their way to the Hindenberg Line.

Hall district men including Athol and Keith Kilby were in the Middle East as the war ended, while Alban Southwell was with the First Light Horse Field Hospital and Frederick Southwell was on embarkation leave. He came back to Liverpool to join his transport for Europe and found the camp deserted: everyone had gone home. 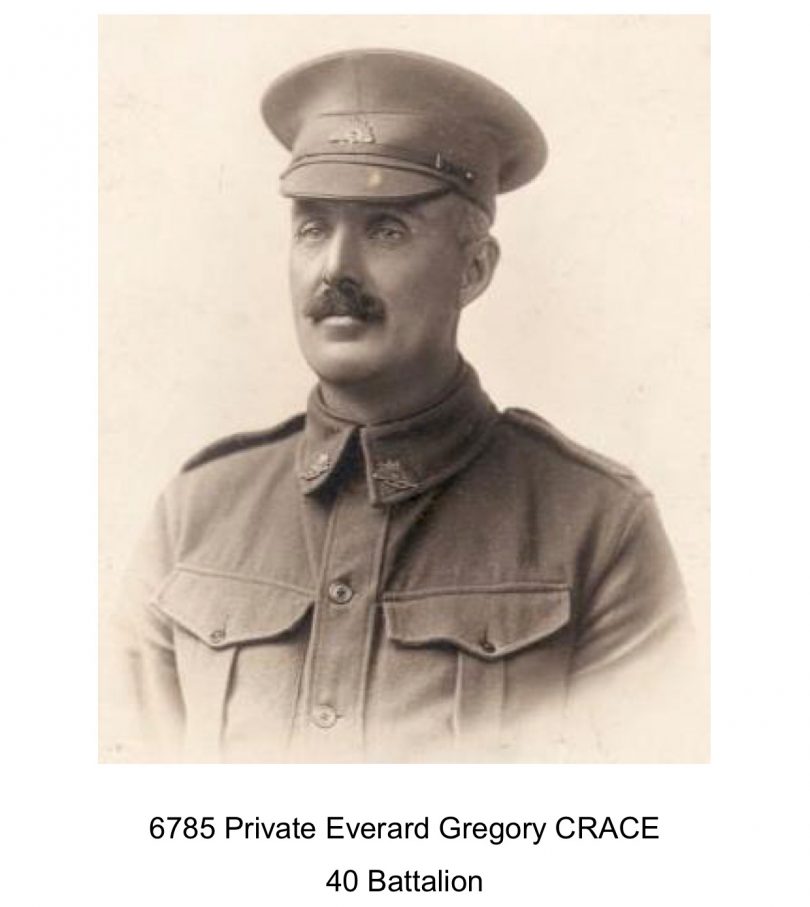 And sometimes you just strike it lucky with the mementoes, Alistair says. “Someone from Coffs Harbour, a descendant of John Patrick Rolfe from Gold Creek walked in one day. She had a postcard of his, from Bertha Thompson, who was the headmaster’s daughter, written to Rolfe on the very eve of Armistice Day.”

The welcome home was warm and ongoing: one end of the Museum is set up to replicate the exact celebrations held in Kinleyside Hall. Every man was presented with a gold Albert watch chain and fob, and images of these are used as place markers.

There’s also an exceptionally realistic welcome home feast laid out on the tables. “The food was researched in terms of what we knew had been cooked and presented to them,” Allen says. There were actually three receptions as they came home, so we tried to recreate the warmth of those celebrations and all the effort the community put into them.

“So we made an investment in sponge food, literally! One of our volunteers had the idea of recreating the feasts, and another one came out of the woodwork to say she knew how to do it. They workshopped it, but I steered well away myself, it was like cooking class gone pearshaped!”

The results are plates groaning with lamingtons, jam drops, ham sandwiches and yes, a splendid sponge cake, laid among bunches of flowers. There were other district welcomes too: a display case features a leather wallet, initialled and presented to Keith Kinloch Kilby “from the citizens of Queanbeyan with sincere thanks for duty done in the Great War and as a memento of the welcome home tendered at the Friendship Hall in Queanbeyan”.

Allen Mawer says that quite a few of the men became soldier settlers in the area. A scheme that was deeply flawed elsewhere worked well here because many of the families were freeholders before the ACT was created and had hated becoming leaseholders. The soldier settlement schemes were a chance to get back onto the land, and in the cases of families like the Kilbys, the allocated land was, handily, just north of the border and freehold.

It took 18 committed volunteers and a six-month stint of hard work to bring the Armistice and After exhibition together. “We’re gratified by the degree of commitment from the group and the wider community,” Allen says. “But we’re in the business of entertainment, so we have to keep turning over these exhibitions to make sure people come back!”

Member for Fenner Andrew Leigh opened the exhibition, and visitors observed the traditional two minutes’ silence, the first minute in thanksgiving for the returned men, the second in remembrance of those who didn’t come home.

JC - 1 hour ago
China may well be a developing country with many that are very poor. It does however have a massive (millions) middle to uppe... View
keek - 4 hours ago
Nobody held a gun to the Chancellors head and said "You must rely on income from foreign students and expand to a level where... View
chewy14 - 6 hours ago
JS9, Whilst I would agree that the Federal government has set the framework and playing field that the Unis are operating in,... View
News 20

Richard Windsor - 3 hours ago
As the poor bunny who has been identifying mushrooms, both toxic and non-toxic for the ACT Hospital system since 1985 I must... View
Community 12

Capital Retro - 8 hours ago
".... An emblem showcasing medieval queens, crowns, and castles, doesn’t represent 21st century Canberra..." We have all th... View
Stephen Saunders - 13 hours ago
Symbols do matter. The British monarch is the white hereditary chief of the Church of England. An emblem showcasing medieval... View
HiddenDragon - 23 hours ago
"Could the Brindabella Ranges be incorporated into the ACT’s coat of arms,..." An image which combined the mountains and th... View
News 1

jwinston - 10 hours ago
How many committees and inquiries does there have to be before anything constructive is done at the AMC? From what has been p... View
News 71

The CFMEU has been accused of attempting to control the price charged by Canberra steelfixers and scaffolders, allegedly telling businesses if...
Property 4

@The_RiotACT @The_RiotACT
Elizabeth Kikkert has accused Corrections Minister Mick Gentleman of incompetence, and said the appointment of Christine Nixon to head the Oversight Committee at $2000-a-day was just adding another layer of bureaucracy to avoid responsibility for AMC https://t.co/a8RCOtNNt0 (60 minutes ago)

@The_RiotACT @The_RiotACT
BREAKING: Wajid Kakar, a 35-year-old Afghan national, has been charged with murder over the death of 34-year-old Michael Williams, as well as the attempted murder of two other people in Page on Saturday https://t.co/LClTY2bZoj (2 hours ago)