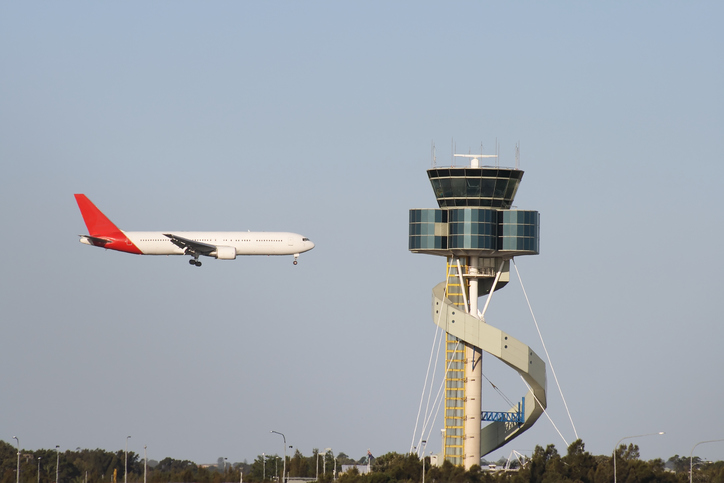 Current and former staff of Federal Government-run navigation service provider Airservices Australia are working with Chamberlains Law Firm to advance a potential employment claim with an estimated value of up to hundreds of thousands of dollars per worker.

Management staff joining Airservices Australia between 1996 and 2017 were allegedly obliged to sign individual contracts that, while offering high pay rates and bonuses, capped their redundancy entitlements. This was allegedly in contrast to standard redundancy rights contained in the collective agreement between all other staff and the organisation.

Rory Markham, Chamberlains’ Director, Litigation – Employment and Risk Management, said the firm was currently working with several potential claimants, with that number likely to grow substantially by the time legal proceedings against Airservices Australia were to commence in a few weeks.

“We know that at any one time there would have been at least 150 to 200 individuals that were on these management contracts,” Mr Markham said.

“It is of great concern that according to our instructions, these management contracts were an attempt to circumvent the Fair Work approved entitlements and the enterprise agreements, in a plan to lower liability in the event of a large redundancy pay-out.”

He said the firm will allege the contracts had been presented in strictly closed human resources meetings as a way of offering lucrative bonuses to selected staff without transparency or disclosure.

The solicitor said that Airservices Australia could have offered its staff lawful individual flexibility agreements under a collective agreement in order to negotiate different hours of work or higher pay.

“But that didn’t appear to be the purpose of the management contract,” he said.

“It appeared to have nothing to do with flexibility, regardless of who you were, you tended to have the same terms, and the redundancies were capped.”

The RiotACT approached Airservices Australia to ask whether they were still using individual management contracts that imposed caps on redundancy payments and/or requiring new staff to move to retail superannuation schemes, and whether they stood by those contracts signed previously.

A spokeswoman for Airservices Australia provided the following statement in response.

“Airservices Australia complies with its obligations as an employer, including those set out by the Fair Work Act 2009 (Cth), and other relevant legislative and industrial instruments.

“It would be inappropriate to comment on individual matters.

“Airservices is willing to engage with relevant parties to resolve any outstanding employment issues.”

With many of the management staff in question having arrived from other areas within the Australian Public Service, signing up to the contract allegedly meant surrendering rights to years of service that would otherwise have been factored into any redundancy payout at a time when they were joining an organisation in which Chamberlains will argue redundancies were a strong possibility due to uncertain budgets.

When one of the largest redundancy rounds in public service history took place in 2016, the employees allegedly received a fraction of the redundancy payments they would have had they not signed individual management agreements upon joining Airservices Australia.

Their packages were capped so that years of public service in other departments or agencies played no role in calculating the payments, according to Mr Markham.

Chamberlains has also been instructed that workers joining Airservices Australia during the years in question were advised they must switch to their superannuation to Airservices’ own retail superannuation fund, AV Super.

“What our claimants will argue is that Airservices employees were entitled to continue with their very generous superannuation schemes but were wrongfully told by Airservices that they had to participate in a retail super fund,” Mr Markham said.

“Their losses are really quite considerable because they were wrongfully told that they couldn’t stay in their preserved fund.”

The claims will seek compensation for those losses as well as in relation to the redundancy shortfalls.

The claims could run individually into the hundreds of thousands of dollars depending on the individual’s circumstances, Mr Markham said.

He said the firm was looking into whether there may have been similar incidents elsewhere in the government sector in recent years and would welcome information from the public that may assist with these investigations.

While few of the current and former Airservices Australia staff eligible to participate in the claim through Chamberlains were members of a union, the Deputy National President of the CPSU, Rupert Evans, told the RiotACT his organisation had worked with affected staff in recent months.

“We have supported members who were incorrectly put in contract positions to return to the enterprise agreement,” he said.

“The enterprise agreement, which was negotiated by the CPSU and others, ensures Airservices workers receive proper rates of pay and important rights around issues such as redundancies.”

Are you a current or former Airservices Australia staff member who may be eligible to claim workplace entitlements through the Chamberlains-run claim? Find out more here or email Chamberlains at airservices.action@chamberlains.com.au

Jane Saillard - 9 minutes ago
There are definitely some psychopath drivers in Canberra. One phenomenon in Canberra I still can't get my head around for ins... View
Micki Beckett - 14 minutes ago
ACT - and border roads - need more speed cameras. The Federal Highway is a free-for-all View
Joe Seph - 33 minutes ago
My daughter came up with a solution get egg shells fill them with poo and throw them at cars being dangerous View
News 18

Capital Retro - 10 minutes ago
I am assuming you are supporting the big battery concept and you are scoping what services should be turned off first to allo... View
tfx1 - 56 minutes ago
Why is it Canberra people do not understand risk analysis. Some simple numbers to demonstrate the effect of this big battery.... View
Capital Retro - 3 hours ago
Don't speculate on unknown unknowns. View
Breaking 3

Maya123 - 21 minutes ago
I should add that my mother also had AstraZeneca, but had no symptoms. So it varies from person to person. View
Maya123 - 23 minutes ago
If the doctor vetoed it, that really strange and frustrating for you. I do hope you manage to breakthrough the barriers being... View
John Moulis - 1 hour ago
AstraZeneca is a dog and I got it straight from the horses mouth. I went for my first jab today and I told the nurse that I h... View
Sport 6

Irene Kelly - 32 minutes ago
What happened? View
Tim Van Der Vlist - 5 hours ago
No discounts for the members for resigning is a disgrace. They have to play on a mediocre (at best) course for 6 months and s... View
Property 32

Canberrans have woken to a health warning this morning after a Sydney man who visited the nation's capital over the...
Opinion 128