An unseasonal Bad! Slam! for the festive period 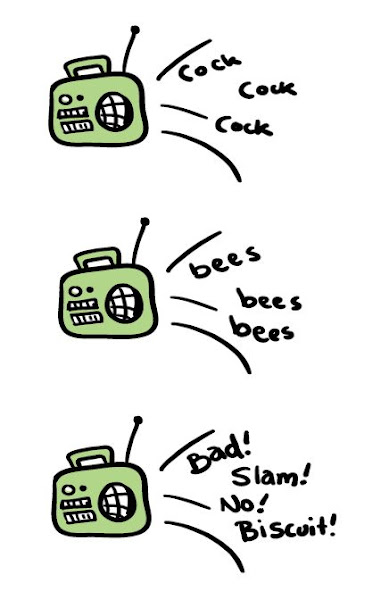 The December BAD!SLAM!NO!BISCUIT! will be at the special time of the 2nd Wednesday of December.

So bring your words, your audience, your judges, your to do lists, your fridges, your poems, to The Phoenix Pub for prizes! Because we give you a stage, two microphones, two MCs, The Master of Conflict, The Score Adder, The Sacrificial Poet and 2 Minutes on stage for Prizes.

Penelope Asterisk
Burlesque strong-woman Penelope Asterisk is guaranteed to be able to bench press not only more than any poet can, but likely all the poets in the Phoenix.

(Thanks Anne Lander for the poster.)

Karin Foxwell - 9 hours ago
Frank Valzano hear hear! As an Art Therapist working with veterans with PTSD I can only imagine how that sort of money could... View
David Stephens - 11 hours ago
But if your head is in the sand you might come a nasty gutser. Moving on has its drawbacks. View
Smackbang - 15 hours ago
What a coincidence - your opinion is also irrelevant, and yet here you are offering it. View
News 7