Analysis of the School of Music funding cuts 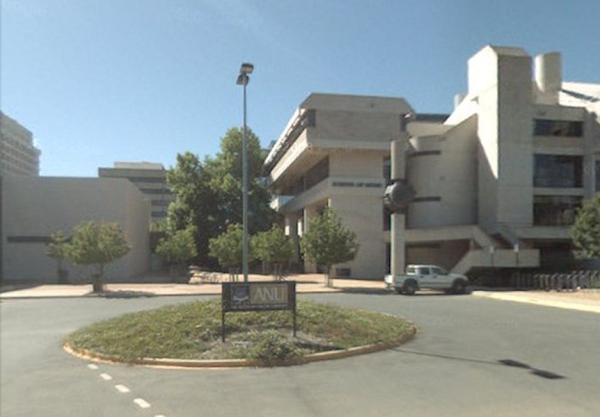 We’ve had these thoughts sent in by an informed reader who chooses to remain anonymous. The potential concern about the audit performance of the School of Music is certainly food for thought.

The announcement of job cuts and program changes at the ANU School of Music last week was viewed as a drastic turn of events by the community. The letter to staff started positively – a new degree, innovation, creative approach… However, when reading the sentence in the bottom third of the letter, “To achieve this reduction all academic and general staff positions in the School of Music will be declared vacant, and applications invited for the new positions” it was hard not to feel sorry for those most affected. After digesting this turn of events, it is important to note the environment in which this is occurring. When looking at the bigger picture, it may be possible to say that the future of the school may still have a chance for revival, albeit only with a sustained effort from all stakeholders.

One factor to be considered is the budget deficit of the school. The Australian reported that the cuts would wipe a chunk off the School of Music operational deficit ($1.3m of the $2.7m) and that it was separate to the ANU’s now postponed financial re-positioning plan. However, I would argue that a $2.7m operational deficit would not have inspired such drastic action if other financial storms were not brewing. Reading between the lines of the VC’s letter it would seem the school had been engaged in a lengthy review of their curriculum that had yet to bear outcomes. So having postponed the general slashing of the overall ANU budget, the Head of the School seems to have been asked where the school would prefer to be shot. This act may be seen as callous, however, allowing the school to continue as is, could have made the options much worse.

So finances were a bit shaky, but this was not the only smoking gun. Like all good dramas, there is at least one other shooter, and if you look at the Grassy knoll (the one with the parliament shaped building on it), you would have seen a shadowy figure lurking, holding a very high powered long range weapon. TEQSA (the Tertiary Education Quality and Standards Agency) commenced as the chief auditor of Universities in Australia in January of this year. Now you would think, what has one of the top ranked unis in the country got to fear from an audit? Well, probably nothing, as long as the numbers are in their favor. Unfortunately, the School of Music, has survey data working against them, meaning change was almost inevitable. Statistics from student surveys measuring overall satisfaction and course quality were published on the MyUniversity site showing Music subjects lagging nearly 20% behind the rest of ANU. TEQSA uses these statistics for their audit processes and the ANU would have found it hard to resist targeting the school to avoid blemishes in the 2013 audit.

Moving forward there are lessons for all. Heads of school should take a more aggressive and proactive approach to review process, to avoid having matters taken out of their hands. With survey responses just a shade over 50% across the uni, students and academic staff need to be encouraged to raise participation, as it is often those unhappy with a school that respond without prompt, leaving the voice of the contented largely unheard. In this new future for the School of Music, there are many glimmers of hope; stronger ties with the Manhattan Music School, recognition of outside tuition, funding provided to pay for outside lessons. These changes point to innovations in course delivery, streamlining of programs and increased use of technology. If this bold measure pays off for VC Ian Young, the school could be spared extra austerity when the next round of cuts hit in 2014 and may show a way forward for other schools sitting in the red financially.

Bean counters do something just as beautiful as music, and just like most musicians coming out of university, they play a song that no one wants to hear. The song of the bean counters shines an Abrahamic light on the inequities fostered by the small, keen to keep their sweet wages solid and comin easy. Bean counters though a derisive term is actually an esteemed position, the ones trusted to see how much food we have during a famine. The music school hath caught no mammoth, they shall eat no meat………….

Surely this argues for sacking the school of business management or some-such rather than a bunch of musicians.

As I understand it the reason the cuts are necessary is the loss of a whole lot of cash on investments. Surely this argues for sacking the school of business management or some-such rather than a bunch of musicians.

It’s all fine. It looks like the ANU has just decided it isn’t going to have anything much to do with teaching people to play music. Its courses are going to be about other things: all the things needed for “music jobs”. Everybody knows that music jobs have little to do with being able to play music. There’s probably more money in learning to lip sync properly. So it’s just common sense that a university would not be much interested in teaching people to play music. They should change the name to the “school of music jobs”. It would damage the institution’s reputation immeasurably if word got round that it was teaching stuff that might not be needed for “jobs”.

In the light of such common sense it is odd that people are carrying on about it. Instead they should, sensibly, demand that the same thinking be applied everywhere. For my part, I can’t believe that my taxes are used to fund people to learn to run and jump at the institute of sport. It’s ridiculous. When was the last time you saw an add in the Canberra Times for the position of long jumper? The AIS should just give people an allowance for coaching (they do great lessons down at Dicko pool over summer) and get on with the business or teaching people sports administration and other “sports jobs”.

There are almost always valid reasons for updating the structures of an organisation.

The grave failure in this issue has been the communication of reasons for the change and the failure to engage with staff and students. What could have been an exciting opportunity to create a modern school has been defined as a shift for budgetary reasons (while the uni is running a surplus) and alienated the people who are best placed to help in the change.

chewy14 - 4 hours ago
JC, Except you'll have South Tralee right next to Hume shortly as well and although we've got a border, you can bet those res... View
David Riddell - 5 hours ago
Can't imagine the waste would be transferred from Mugga as double handling makes no commerical sense. Crs could compete throu... View
Business 18

Rebecca Hosking - 5 hours ago
Jane Larkin Naomi Feuerherdt Kim Beaumont This is a bit sad 😥 Remember our team photos on the massive reams of paper 😊... View
Acton - 14 hours ago
A local paper that has a rabidly biased weekly column from a once amusing but now worn out journalist who intentionally and r... View
Tom Adam - 23 hours ago
*Riot-Act Rubs Hands *Canberra cries at the loss of the last printed journalism available as all other magazines and newslett... View
News 6

Sam Walker - 12 hours ago
Sean, we need to be smarter than that. People getting pissed off about the SFFP preferences are failing to understand that yo... View
Property 16

Sandra Wormald - 13 hours ago
Oh, so that is where the money from the tax payers went, which was meant for bush fire and flood relief ..... View
News 3

George Watling - 1 day ago
Will Andrew Barr's relentless war with nature never stop. 40,000 trees have been cut down and dozens of our green spaces have... View
News 44

Maria Greene - 1 day ago
Frank Valzano yeah but how would Brendan or pollies benefit? View
show more show less
*Results are based on activity within last 7 days

"For a restaurant that opened right in the middle of COVID-19 restrictions, we have felt the love," says manager Vidya,...
News 0

A cold air mass with at least two low-pressure systems embedded will cross the Great Australian Bight over the weekend...
Breaking 4

@The_RiotACT @The_RiotACT
Meet Tom Falco, a Gungahlin sports clothing fan and entrepreneur who's used the lockdown to create a side hustle https://t.co/Gn8gVrlmjB (52 minutes ago)

@The_RiotACT @The_RiotACT
Flights have officially resumed between Canberra and Brisbane. Four flights left the capital yesterday and two will leave today, but the early birds yesterday didn't quite get the reception they were expecting in Brisbane https://t.co/NFS2sdXCDq (1 hour ago)

@The_RiotACT @The_RiotACT
A group of religious schools are accusing ACT Chief Minister Andrew Barr of using COVID-19 health regulations as a cover for rushing through a ban on ‘gay conversion therapy’ in the ACT https://t.co/pvtStJ811x (3 hours ago)