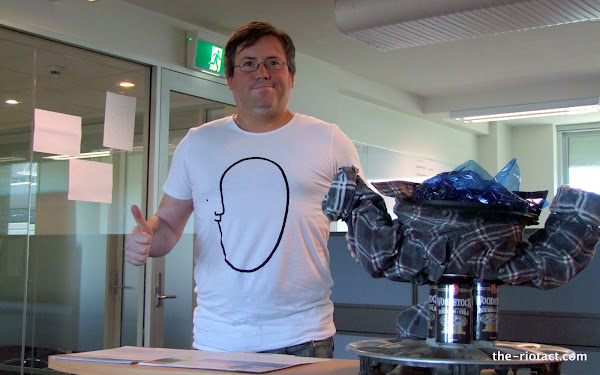 After much deliberation I’m awarding the Mully Cup to myself.

By rights we probably should have given it to Leigh Sales.

But her story started on the last day of March, and we awarded to March Mully to Brodburger. Two months in a row would have been over-egging the burger pudding in our opinion.

So instead I’m going to take it for my advance of the idea that in a plural society in 2012 people should choose their own days of commemoration rather than having them dictated from above.

It’s a massive honour I’ve bestowed on myself, but I’ll try to live up to it.

31 Responses to And the mully cup for April 2012 goes to… ME! ME! ME! An Auto-Mully!
Filter
Showing only Website comments

Well , the theory that bike riding is good for the figure, has surely shot out the window. However I do realise that camera angles and lighting , and a host of other things can alter images, which I’m sure is the case.

Luke Chiswell designed t-shirt http://lukechiswell.com/ I’m not sure but used to be available at Itrip Iskip

Just out of interest, is it possible for members of the public to see the Mully Cup in all of its flannelletted and Woodstock bourbon-be-canned brilliance?

Yes. Where is the Riot-Act Eagle’s Nest exactly?

If you win something that needs to be picked up you can covet the real life mully and see the nerf bullet decorated centre of excellence yourself.

This site really is becoming more like North Korea every day.

richly deserved for a piece of intelligent trolling

Surely he wouldn’t do that? He’d be Setting a Very Bad Example for the Rest of Us.

speech. we want you to thank your parents, and god…

So t-shirts with a giant testical – who sells them?

richly deserved for a piece of intelligent trolling

you’d be better looking if you shaved your head.

Must have come as a complete surprise.

“Pretty sure it’s Gabe Newell after a bit of weight loss.”

I think you may be on to something, has anyone ever seen the two of them in the same room together?

It would also go some way to explaining the lack of HL3, JB/ Gabe has been too busy here on RiotACT to get round to it.

This site really is becoming more like North Korea every day.

May you continue to give yourself lots of pleasure!

Who is in the photo JB? It looks noting like yoru icon?

Pretty sure it’s Gabe Newell after a bit of weight loss.

Reptoids often change their appearance depending on the situation at hand.

So do shape shifters.

Reptoids often change their appearance depending on the situation at hand.

Rob Thomas - 1 hour ago
Debunk the picture? What, prove it doesn't exist? Or to you mean prove that government isn't swayed by a dozen people waving... View
Rob Thomas - 2 hours ago
No, Jim, really really stupid. But I see you mixed that up. View
Jim Hosie - 3 hours ago
Debunk this picture and there’s plenty more around. Must be them anticlimactic change people that do these there protesting... View
Opinion 4

Paula Simcocks - 3 hours ago
Looking back in times of war and crisis people loved the fun of live shows, music and drama. Lifts spirits, usually doesn’t... View
Lindy Edwards - 10 hours ago
Nanna was reciting Yeats as fires approached her place. And a he'll of a lot of people are going to be singing, drawing and w... View
Josie White - 15 hours ago
I think that the arts have a role to play in alleviating community anxiety and providing some relief from the stresses and to... View
Opinion 14

Julie Maynard - 5 hours ago
Tania Shaw I’m going buy what I owe compared to my friends. Yes, I did add up the cost you mentioned and I’m still ahead-... View
Stuart Herring - 9 hours ago
A mortgage is almost guaranteed to be cheaper than renting the equivalent property - after the first couple of years. Because... View
Gill McGill - 9 hours ago
Corey Karl yep! And pay for other people. 🤷‍♀️ View
Community 22

@The_RiotACT @The_RiotACT
Good news for Canberra cricket fans with the ACT Meteors heading into a streak of four home matches https://t.co/E2C3ZnO8Us (4 hours ago)