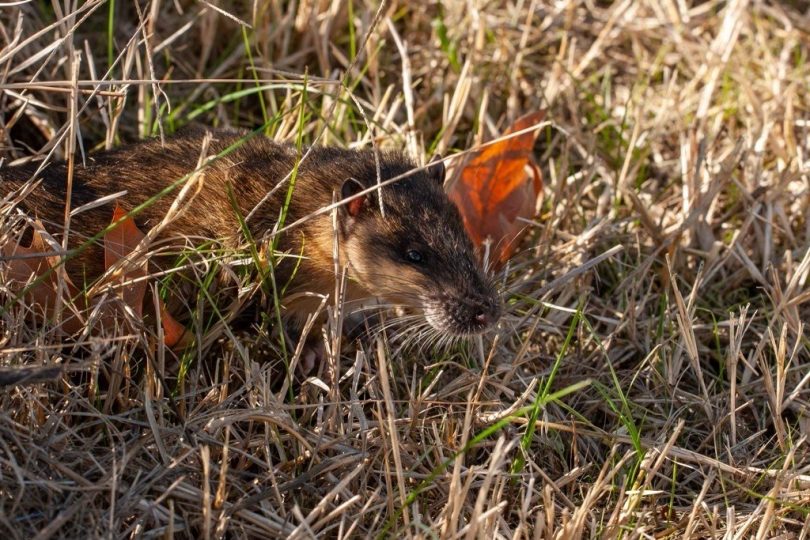 Pansto the rakali looking healthier and stronger after some dedicated care from the Wildcare team. Photo: Queanbeyan-Palerang Regional Council.

While rodents such as Templeton and Ratatouille – from Charlotte’s Web and Ratatouille, respectively – are almost household names, there are few famous rakali, or water rats, about.

Yet Pansto, who recently spent a bit of time being looked after by Wildcare in Queanbeyan, might be set to become the first Canberra-famous rakali, with a video of him being released back into the wild racking up more than 1000 views on Facebook.

He was brought to the attention of Wildcare around five weeks ago and it was quickly identified that he was unable to move his rear legs properly, and was also underweight.

Simone Letheby was out and about taking some photos down at the river when she spotted Pansto and noticed he was hanging out much further up the banks than where you’d generally see rakali, and was dragging himself around in a weird way.

She explained that at first the outcome for the little animal didn’t look good so she was extremely heart-warmed with the good outcome.

“It was honestly great to see him being released back into the wild where he belongs, and swimming away with a lot more meat on him than he’d had previously,” says Simone.

Wildcare volunteer Bec Quinn says that while Pansto only weighed 440 grams, by the time he was released, he’d almost doubled in size. Although they were originally concerned he wouldn’t take in much food, those fears turned out to be unfounded as Pansto was, well, a bit of a pig.

A lot of ‘TLC’ and a diet of fish, prawns and mussels was all Pansto required to be able to head back to his natural habitat of Queanbeyan River.

You may remember Pansto, the rakali who came into care about 5 weeks ago. He was unable to move his rear legs properly and was quite underweight. Today, after a good deal of TLC and a diet of fish, prawns and mussels, Pansto was released back into the Queanbeyan river. Rakali are a native water rat that were hunted for their fur up until the 1940’s. They can live in a range of environments from fresh to salty water and are highly adaptable. An adult male, like Pansto, will grow up to 1.2kg and live for 3-4 years.

Like Simone, upon finding Pansto, Bec was very concerned about how far up the riverbank he’d managed to get himself, and the fact he was almost unable to move.

“He was using the tops of his feet to drag himself around so we thought he might have a spinal injury or a neurological injury that might have impaired the nerve signals from getting through to his brain,” she says.

Neither Bec, who is trained to care for small mammals, nor wildlife vet Audrey Chen were able to work out what had happened to Pansto to put him in such delicate state.

Audrey checked him for fractures and spinal injuries, but none were found.

However, he did need antibiotics and then spent a few days in a crate with a heat pad underneath so he could stay nice and warm.

Bec says it’s fairly rare for rakali to be taken into care as most people see them as rats and leave them to die. She consulted with Cory Young, who cares for rakali in Tasmania, on how best to look after Pansto.

READ ALSO RSPCA’s Pets of the Week – Minou and Mazda

Rakali are native water rats and were hunted for their fur up until the 1940s. Highly adaptable, they can live in a range of environments from fresh to salty water, and an adult male, such as Pansto, will live for between three and four years and can weigh up to 1.2kg.

“They generally don’t have a very good prognosis once they come into care because they are usually already very, very sick,” says Bec.

She explains there is a code of conduct that governs Wildcare volunteers. If animals can’t be rehabilitated to be released into the wild, unfortunately they have to be taken to a vet to be euthanised as they can’t be kept in care.

Luckily for Pansto, all that eating did him a world of good.

Members of the public who come across sick or injured animals are encouraged to call Wildcare on its 24-hour helpline, 02 6299 1966, so adequate care can be given to animals in need.

Wildcare is 100 per cent volunteer operated, and operates in the NSW region surrounding the ACT from North Bredbo to Doughboy, Yass, Young, Cowra and Cootamundra.

Wowww!
What a lovely story.