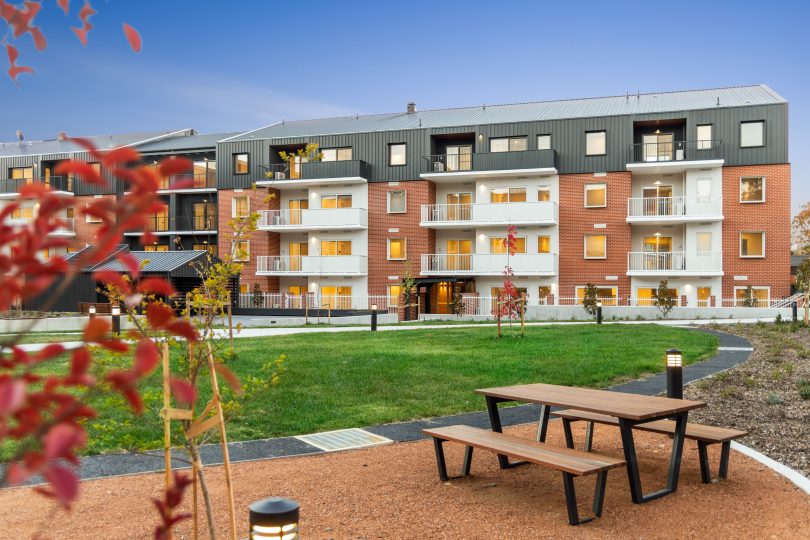 Low to moderate-income households that meet the ACT Government’s Land Rent Scheme have been able to purchase a new three-bedroom townhouse in Throsby for around the low-$300,000 mark. Photo: Community Housing Canberra.

Canberra’s low vacancy rates, combined with the highest city rental prices in Australia, are making it increasingly difficult for low-to-moderate-income earners to find an affordable home to live in.

Many ordinary families struggle to make ends meet after spending more than 30 per cent of their income on rent or housing payments.

During Anti-Poverty Week (17-23 October), Canberrans are being asked to support the ‘Everybody’s Home’ campaign, focusing on solutions to fix Australia’s housing system, including after-housing poverty.

Community Housing Industry Association (CHIA) National Chair and Community Housing Canberra (CHC) CEO Andrew Hannan says the sky-rocketing value of residential properties has resulted in rental price hikes across the city, forcing many tenants into rental stress or even displacing them from the private market.

Across Canberra, he says 14 registered Community Housing providers are working hard to fill the ever-expanding gap between government-run public housing and the private rental sector.

While public and social housing programs primarily support people on fixed government benefits, including those with high and complex support needs, those just starting in their careers, or workers on low incomes, often fall through the cracks.

“There’s certainly a need for a greater supply of affordable rental housing to be made available for those that don’t meet the strict criteria for public housing,” Mr Hannan said.

“Independent research shows in the ACT we currently have a social or public housing shortfall of over 3000, and there’s also a need for around 2000 additional affordable rental homes for people earning $60,000 to $100,000 a year.

“The cost of housing is one of the main drivers of poverty for low to middle-income earners and the COVID-19 housing boom, along with loss of income, has definitely exacerbated the problem.”

The 2021 ACT Cost of Living report found 35 per cent of Canberra’s low-income households are experiencing rental stress, with rent $150 above the national average. 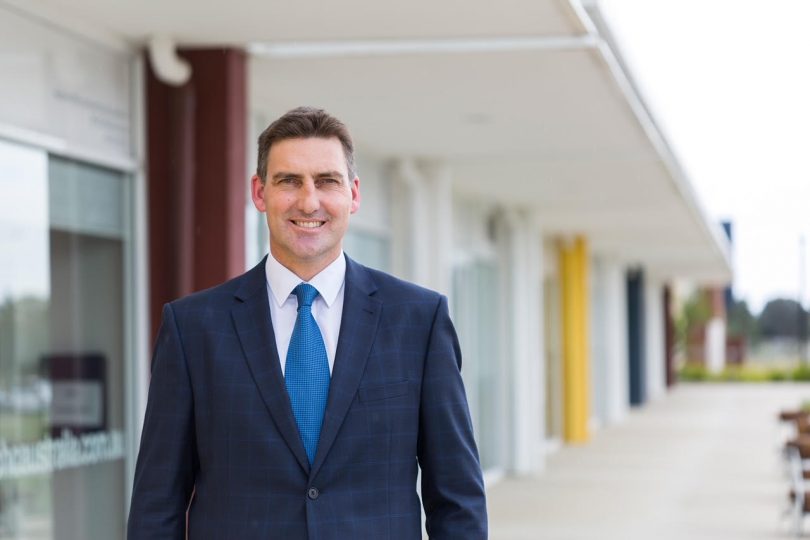 Mr Hannan says the opportunity exists for the ACT Government to better leverage the community housing sector to deliver new affordable homes for those locked out of the private rental market, or homeownership in the ACT.

“CHIA members have demonstrated the capability, capacity and financial sophistication to deliver thousands of additional dwellings in recent years throughout Australia and, with the right policy settings that can also occur here in the ACT, this would bring more private capital and also support new construction jobs,” he said.

“Smart investment and sensible policy decisions, whereby community groups do more of the heavy lifting, can ensure the government gets a greater bang for its buck.”

Community Housing developers like CHC are sourcing land and building affordable homes for low to moderate-income earners to rent or purchase.

CHC will have 29 townhouses completed in Throsby by the end of the year, all being used for a mix of affordable home purchases and affordable rentals. This follows the recent completion of a large affordable housing development in Downer.

Mr Hannan says low to moderate-income households that meet the ACT Government’s Land Rent Scheme have been able to purchase a three-bedroom townhouse in the new Throsby development for around the low-$300,000 mark, plus an annual land rent charge.

He says community housing offers an opportunity for people to progress from renting to buying a home.

“All they’re essentially paying for is the construction cost, then they have the option at any point in time to pay for the land and buy the home outright,” Mr Hannan added.

Through the government scheme, eligible affordable home buyers can work with CHC and lenders to secure their property. 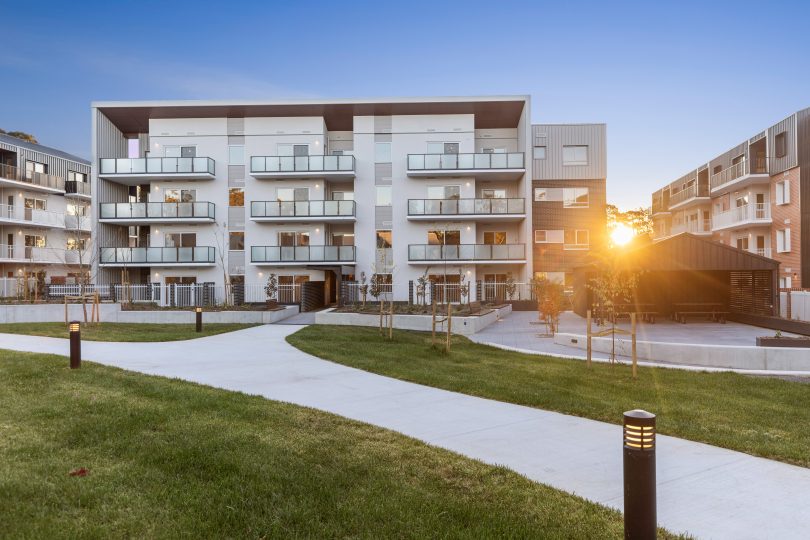 Apartments in Downer were completed three months ago, including a small number retained by CHC. Photo: Community Housing Canberra.

During Anti-poverty Week, the National Carillon and Telstra Tower at Black Mountain will be lit up blue on Thursday, 21 October, and the Carillion again on Friday, 22 October, to symbolise a brighter future of hope, particularly for children living in poverty.

For a full list of events and more information and resources, visit Anti-Poverty Week. For information on events in other jurisdictions and the national campaign, visit the national website.

I have always been a low or middle income earner and I have a mortgage on my own with no partner. I worked hard and made sacrifices things alot of people these days aren’t willing to do.

Government charges contribute towards the high cost of rent in Canberra.
It’s Government policy to increase Rates, to a level where over time Stamp Duty can be eliminated.
All rental properties are charged Land Tax, which is calculated at 150% of the property’s Rates.
We do NOT own a rental property, however, if we were to lease out our house, Government charges would account for $145 per week of the rent.
We have an adult son living with us because rent is too expensive. Wouldn’t it be good if the Government would take it’s hand out of our pocket? We’re not all made of money!

Even with CHC I got offered a place that was a 1 bedroom studio for 300$ per week. 600$ per fortnight is my whole jobseeker payment.

I’m full time uni and I got made redundant from my job and then got a casual job but haven’t had work for 10 weeks. I would have been screwed

If paying 30% on rent – you still have 70% left over to live on, people seem to forget this bit

Geoffrey Bell what about people who are paying 90% on rent and have 10% to live off?

Tiina Mann I recognise this place?????

Janet Smith haha yep not sure it fits the price tag 😛

Janet Smith oh! Some we retained for this purpose! Great idea. The builders are very mindful from what I’ve heard.

It speaks volumes that the ACT government has set themselves up as a landlord here. Expensive housing is a problem largely of the governments own making. The purpose of government is to serve Australians, to serve the public interest, not profit from them. If the occupiers are covering the costs of maintaining utilities and rates and taxes for government services, any rent paid should automatically be paying down the cost of the land development. These properties should be transferred in full in the first place along with a low rate loan (0.1% atm) from the government to pay-off the land development cost. It is inappropriate for the government to seek profit from land appreciation, which is essentially inflation. The scheme I describe should be extended across all states to all first home buyers if Australia wishes to avoid violent policy changes when property disadvantaged younger generations take control of the voting majority within 10 years. 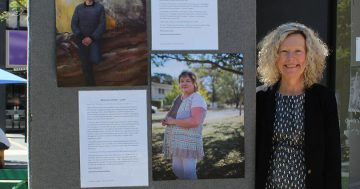