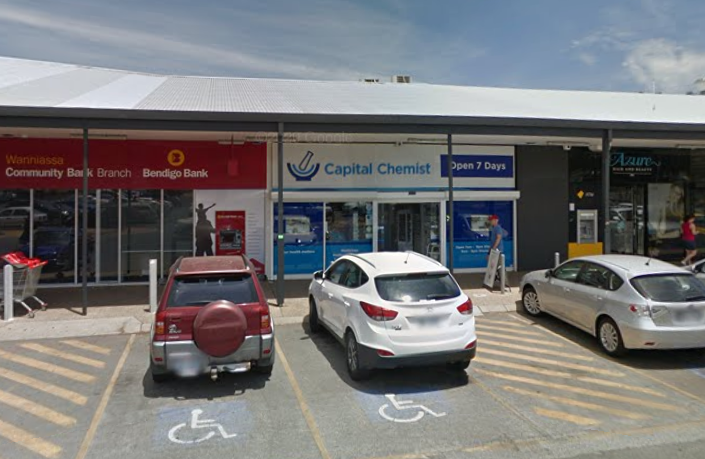 A woman has allegedly abused staff and customers before trying to run over a pharmacist from the Capital Chemist in Wanniassa on Friday morning (15 October).

At approximately 9:30 am, an unknown and maskless woman reportedly asked for a list of ingredients for every COVID vaccine they had available. The woman proceeded to rant at the managing pharmacist, Honor Penprase, accusing her of “injecting poison” into people.

According to Ms Penprase, she politely asked the woman to move along, and the woman moved further away from the storefront. The woman then returned to hassle vaccination clients going through a separate entrance to the pharmacy.

At that point, the chemist staff determined the woman had become a public nuisance and a team member called the police.

The woman began taking photos of the pharmacy from multiple angles before heading to her car in the car park.

“At that point, as she was leaving, I thought it might be a good idea to provide the police with her number plates,” said Ms Penprase.

“Suddenly a car started driving towards me at full pelt, so I had to sort of leap away.”

Narrowly avoiding the car, Ms Penprase said she was visibly shaking in the aftermath of the incident.

“It was quite shocking, really. I found the incident quite alarming, very unexpected and entirely unprovoked. Very surprising in Canberra as well, particularly with the vax rates we have. We have such high vax rates that it really did take me by surprise.”

The woman managed to leave the area without being caught on CCTV cameras, but Ms Penprase was confident other nearby businesses would have footage of the woman.

Ms Penprase has since spoken with other nearby pharmacies, making them aware of the incident.

“ACT Policing is investigating an incident at the Wanniassa Shopping Centre on Friday, 15 October, where a shopkeeper was subjected to aggressive and abusive behaviour by a woman between about 9.30 and 10:00 am,” an ACT Policing spokesperson told Region Media this morning (20 October).

“The incident took place inside the shopping centre and in the car park. Police have spoken to several witnesses and are reviewing CCTV footage of the incident.”

Anyone who witnessed the incident who has not yet spoken to police is asked to quote reference number 6933791 when contacting Crime Stoppers ACT on 1800 333 000.