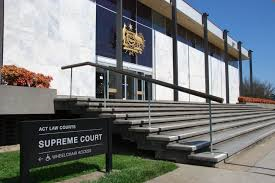 The ACT Supreme Court has dismissed an appeal by a local electrical company that was fined after an electrical apprentice fell while installing solar panels on a roof.

The company had appealed against the severity of the fine imposed following a successful work safety prosecution.

A WorkSafe ACT investigation found that the apprentice, who fell more than three metres, was using an unsecured ladder, did not have his safety harness connected and was not properly supervised at the time.

The apprentice’s employer, A1 Electrical, was subsequently prosecuted under the Work Health and Safety Act 2011 for failing to meet its safety duty and potentially exposing him to a risk of serious injury.

In November last year the ACT Magistrate’s Court fined the company $140,000. The maximum penalty under the Act is $1.5 million.

The company appealed against the decision on the basis that the penalty was manifestly excessive. This appeal was dismissed last Wednesday (6 July).

In handing down the decision, Justice Michael Elkaim took into account the company’s early plea, cooperation with the authorities, and looking after the apprentice’s interests after the incident. They also took steps to improve their safety systems.

“It certainly highlights the need to ensure proper training and equipment is provided when working at heights, and to make sure apprentices are properly supervised at all times. Every worker has the right to a safe work environment and to come home safely.

“WorkSafe ACT remains firmly committed to the ongoing safety of workers in the ACT and will continue to vigorously implement the recommendations of the Getting Home Safely report, including prosecuting those who contravene the Work Health and Safety Act 2011 whenever appropriate.”

Brenton Higgins - 13 minutes ago
Joshua we’ve had two elections on that already. Canberra decided. View
Jayne Denise - 26 minutes ago
Sean Bishop I am a reformed anti-tramer. Northborne is so good now with less cars and less buses. 👌Coincidentally, I work... View
Joshua Andrew Morgan - 8 hours ago
Jayne Denise or just CAN the TRAM View
News 43

Sarah Bauuer - 2 hours ago
Jo Bauer want to go to the Great Barrier Reef with me? View
Jak Kanard - 14 hours ago
If this is true, and not compromised by the buffoonery masquerading as ‘government’ in the ACT, bring it on ! View
Emerson Yang - 16 hours ago
Jack Gabriel decent sale prices View
Property 7

Stephen Esdaile - 11 hours ago
Can't vote Liberal, not voting Labor or Green. Looking at what the progressive are offering.... View
Frank Koch - 13 hours ago
Phillip Business Community well said View
Martin Miller - 16 hours ago
Charny Barney no 'whackadoodle ideas here . He's just plain arrogant to those who disagree with him. There is no real consult... View
Opinion 1

tonyd535 - 14 hours ago
Maybe a hospital first to take pressure off of the existing facilities. One for Gungahlin and another for Tuggeranong to take... View
ACT Election 8

The Spring Equinox passed this week and the days are now longer than the nights, but a polar blast of...
News 43

@The_RiotACT @The_RiotACT
Fyshwick’s Designer Op Shop Emporium is a cornucopia of surprises, and its fabulous Emporium Espresso café is no exception https://t.co/P1xL5LBUJ0 (9 minutes ago)