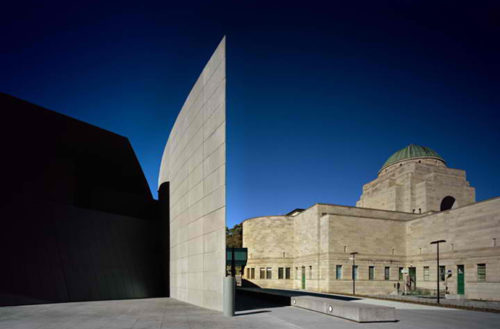 Anzac Hall is set to be demolished under the expansion plans. Photo: Australian Institute of Architects.

The Director of the Australian War Memorial has found himself under assault from a furious architecture profession and the architects who designed the award-winning Anzac Hall over his plans for a massive expansion of the institution.

Anzac Hall will be collateral damage in the $498 redevelopment announced last week, but the Australian Institute of Architects and architects Denton Corker Marshall say the AWM had failed to consider any alternatives in redeveloping the site, such as building a new museum on a separate site.

Anzac Hall is only 17 years old and won the 2005 RAIA National Sir Zelman Cowen Award for the Most Outstanding Work of Public Architecture in Australia. It cost $11.8 million to build.

National President of the Institute Clare Cousins, in town for the Griffin Lecture at the National Press Club, met Brendan Nelson on Wednesday, accompanied by a representative of Denton Corker Marshall, but he was not for turning and the Institute will now roll out its campaign to save Anzac Hall.

She told Region Media that lack of consultation with the moral rights holders, the architects, and the profession was disturbing but the key concern was the proposed demolition of a lauded public building only 17 years old.

“Our public buildings need to be considered for the long-term and not as disposable commodities,” she said.

“There would be numerous other alternatives to find a solution to expanding the War Memorial that don’t require demolition of a fairly young award-winning building.”

She cited the example of the Shrine of Remembrance in Melbourne – a highly successful project that is virtually underground.

Ms Cousins questioned whether it was necessary for a museum to be physically in contact with the memorial.

“It’s important that people don’t forget the reason why the Memorial was originally built. It was as a memorial, it was never intended originally to be a museum … and if there is a desire to build something substantially bigger for exhibition purposes then looking at a separate location may be one viable option to explore,” she said.

A ‘massively disappointed’ John Denton, from Denton Corker Marshall, said that if the AWM wanted more room to tell the stories of more recent defence missions it should look at a separate site nearby.

“The masterplanning we did for the Memorial over the years makes it clear that there is not enough room for the massive expansion that the AWM wants to shoe-horn into the site – especially given the National Capital Authority’s regulations that required nothing to be visible behind the Memorial when viewed from Anzac Parade or the Parliamentary Triangle,” he said.

“I think the AWM, in its desire to ‘get the money’, has failed to consider real options. After all, this is first and foremost a solemn memorial, and only after that a war museum.”

He said Canberra had plenty of space and a separate War Museum could be built on land nearby so there was a connection with the Memorial.

“If you look at London, we see the Cenotaph as a singular memorial, and separately, on a separate site, the Imperial War Museum to tell the stories. Canberra has lots of space, so if you have the money allocated, why not build a War Museum on, say, the north-east corner of Anzac Parade and Constitution Avenue, at the end of the line of small memorials that line the Parade? It would be close to, and engaged with, the Memorial,” Mr Denton said.

He said Anzac Hall and the other exhibition spaces at the AWM could tell an abbreviated story and act as a prompt to direct visitors down Anzac Parade.

Ms Cousins said the AWM’s plans were at an early phase and, with the funding secured, the Institute was appealing to Dr Nelson to look at alternatives.

She was concerned at a growing trend for politicians to see public buildings as replaceable if there is a new idea or new person in government or a new aspiration for a site.

“With public buildings, we should be thinking of them not just now but in 50,70, even a 100 years’ time how they are going to serve the community,” she said.

Ms Cousins echoed Mr Denton’s concerns about heritage aspects of the site and its relationship to the rest of Canberra.

“It’s very concerning, especially when we’re dealing with how Canberra’s known for the importance of the Griffin axis and the town planning and the space that’s around it, so we need to be making sure that we’re upholding the heritage principles that need to sit around these important buildings such as the original War Memorial,” she said.

Consequently, the Institute would also be lobbying the NCA, as well as politicians.

Mr Denton hoped that Anzac Hall would eventually be given Heritage Status so it would be protected for all time.

He also said a small portion of the $498 million could go to building the competition-winning World War I and II Memorial on the lake edge, which had been waiting for funding for years.

Pretty sure the people who fought for this country would see this as madness. I’m sure they and their families would rather see the half billion spent on health and education to aid those returning from war.

What a ludicrous idea. Leave the war memorial alone.

Surely sense will prevail. Pity the War Memorial couldn’t have built another building on the CSIRO site.

Pulling down ANZAC Hall is the LNP’s BER… hypocrites.

The Imperial War Museum is over several sites. I dont see why we cant follow suit. 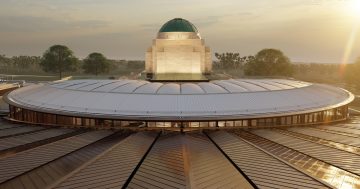