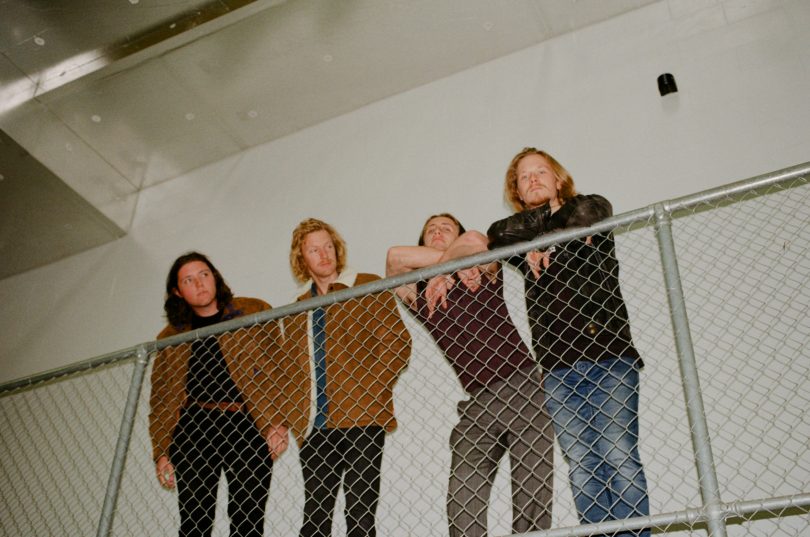 If you like: Tame Impala, Queens of Stone Age & Royal Blood

Slow Dial having been kicking around the Canberra scene for over two years. They’ve gathered a lot of support off the back of their high energy sets. With strong vocals, psych rock guitars, driving bass and drums, the four-piece excel in delivering a unique experience at every gig.

Slow dial are releasing their long awaited single ‘Standing There’, a song that has been with them since the beginning and has become a crowd favourite. The band have put their own spin on the aussie rock scene with atmospheric vocals to sing along with and a beat you can’t help but dance to. The song builds to a triumphant guitar melody that is so uniquely slow dial.

They will be backing up this release with their debut EP later in the year and an interstate tour.

Wendy Maree Vandervlist - 32 seconds ago
Katy Ciacia so did we on boddington... View
Victoria D'Alton - 6 minutes ago
Vicki Bates-Graham the world hasn’t shaken like that for me for a long time Vic. Thought all my Christmas’ had come at on... View
Aaron Kenny - 6 minutes ago
Didn’t feel a thing or hear anything View
Community 65

Tracy Lea - 4 minutes ago
They are not ‘stealing’. The rocks are hidden with a message to keep OR re-hide.... View
Opinion 7

Oan Nbn - 26 minutes ago
Best is to have a train route to Yass and connect to National Line from Kingston- Yarralumla- BELCONNEN- Spence and follow Ba... View
Robin Eckermann - 26 minutes ago
Peter Elford New terminus at Gunghalin so there's something other than dormitory hi-rise buildings to feed the tram. View
Elizabeth Ann Thurbon - 35 minutes ago
And when tourists arrive at this station they are left wondering is this really the capital of Australia. They arrive seeming... View
Opinion 188

Ben Garden - 35 minutes ago
How about we get something that’s actually fast like formula one rather than a car I can beat in a drag race in my daily dr... View
Naomi Breasley - 2 hours ago
Sounds teriffic, It will never happen too many Kevin's & Karen's. People's reaction to Summernats is a clear indicator of som... View
Community 11

@The_RiotACT @The_RiotACT
A major apartment #development has been unveiled for the northern gateway to the Molonglo Valley suburb of Coombs that focuses on #sustainable, green features https://t.co/7v4smSFPQJ (25 minutes ago)

@The_RiotACT @The_RiotACT
Did you feel the earth shake? We've got reports of tremors across Canberra, and as far as Batemans Bay and Braidwood. More to come, but tell us what you felt https://t.co/zu4C8IoIqn (41 minutes ago)