Parliament House will introduce strict new requirements from next Monday (2 August) as parliamentarians prepare to return after the winter break.

The workforce swells to around 5000 people each day during sitting weeks as MPs and Senators travel with their staff from all over the country, but concerns have been raised about so many people travelling to the ACT and the possibility of a super spreader event if an outbreak occurs.

To help manage risk, parliamentarians have been told to only bring essential staff to Canberra. It is expected only staff in ministerial, shadow ministerial and whips offices, and party spokespeople will be travelling.

The Speaker’s office said the number of parliamentarians physically present in the chamber would be significantly reduced from next week while parliamentary departmental staff will be reduced by around 60 per cent.

Parliamentarians who cannot physically attend Canberra will be able to participate via video link as the Prime Minister did during the last sitting period as he quarantined after returning from the G7 Summit in England.

The public will not be able to access Parliament House, and members of the federal press gallery have been asked to minimise staff and non-essential visitors.

Physical distancing, masks in mixed areas within the building and the use of the Check In CBR app at all food venues will also come into effect.

Gatherings in high traffic areas are being discouraged.

READ ALSO ‘Keep yourself to yourself’: Health Minister warns parliamentarians, staff against partying in ACT

“The measures are as strict as possible and align with previous arrangements implemented in early 2020 to minimise non-essential activity at [Parliament House] while still enabling sittings to proceed,” a statement from the Speaker’s office said.

“The following temporary and precautionary changes have been made to operations at Australian Parliament House in order to ensure the Commonwealth Parliament can continue its essential work while reducing the risk of COVID-19 transmission.”

The Speaker’s office has also requested that committee hearings be held via teleconference, and witnesses only appear if it is essential.

Former parliamentarians, elected members from other jurisdictions, volunteers and sponsored pass holders will not be able to access the building when the new restrictions are in place.

The restrictions will remain in place until Friday, 3 September.

This makes me angy. Kids are remote learning, people are working from home, some are losing their livelihoods and politicians can come and go. Not a good look in anyone’s books. We know they can use zoom, so they should.

All politicians, their staff and lobbyists should have been required to get tested and isolate for a fortnight before travelling for work, same as many other professions. Politicians have been responsible for past outbreaks in Sydney and Melbourne, I agree this will probably be Canberra’s downfall.

You’re all NIMBY’s. If you don’t like politicians coming to Canberra to do the job you voted them in for, then leave.

Ummm jwinston – you do understand how our representative democracy works don’t you? Of the 227 federal politicians, ACT residents voted in 5 of them (3 House of Reps, 2 Senate) – the remaining 222 have been elected by the rest of Australia. Now I’m going to make an unsupported assumption here, and state that the majority of the RiotACT-ers are ACT citizens. So I don’t get the point of your post.

Thanks for the history lesson Scoop.

My point is that Canberrans are whinging about politicians coming to Canberra to do the job they were voted in to do.

I am appalled by the possibility of several hundred possibly infectious pollies & offsiders coming to the ACT for next week’s parliamentary sessions unless they are fully vaccinated AND can demonstrate via pathology tests that they are not infectious with the Covid 10 virus.

There will probably be an outbreak 5-7 days into sitting because 1000+ people from Sydney and Melbourne are out socialising at restaurants every night.

It’s not so much the MPs. It’s the assorted advisers, consultants and other hanger-ons. They’re the ones that need to be corralled and away from the general ACT populace. And they should all have mandatory tests prior to being allowed into the ACT.

They should all have been tested and fully vaccinated, and constantly tested while here.

This will bring it to Canberra. I am sorry I can’t trust that they will do the right thing. I too would prefer remotely done. I can see Delta coming to Canberra now…sad to say

Agree with Lily, have them do it remotely

The proposed parliament house ‘lockdown’ is woefully insufficient … under the current circumstances, it should be a ‘lockout’.

If some pollies from interstate can be made to work remotely … why not all ?!!

This is mere political tokenism … putting all Canberrans at avoidable risk.

I am not normally party-political, but this callous disregard for the safety of a community that’s currently covid-free will be hard to forget or forgive. 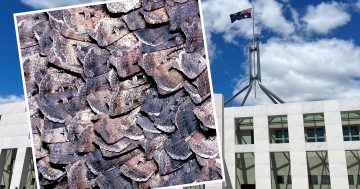 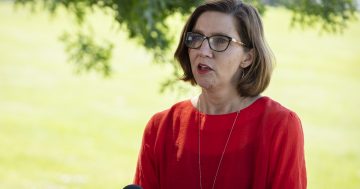 ACT imposes quarantine restrictions on travellers from Perth, including MPs