Attention all geeks! This e-book is for you 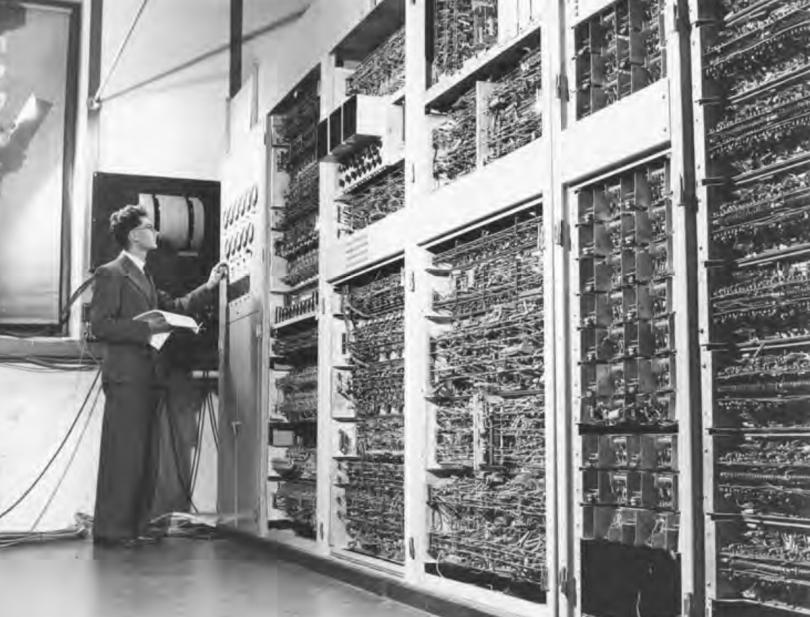 Trevor Pearcey with the CSIR Mark 1 in 1952 (University of Sydney).

Can you tell the difference between a CSIR Mark 1, R2-D2, SILLIAC and a UTECOM? If you said three were some of the earliest computers in Australia (and the world) and one is a fictional robot out of Star Wars, you would be correct. 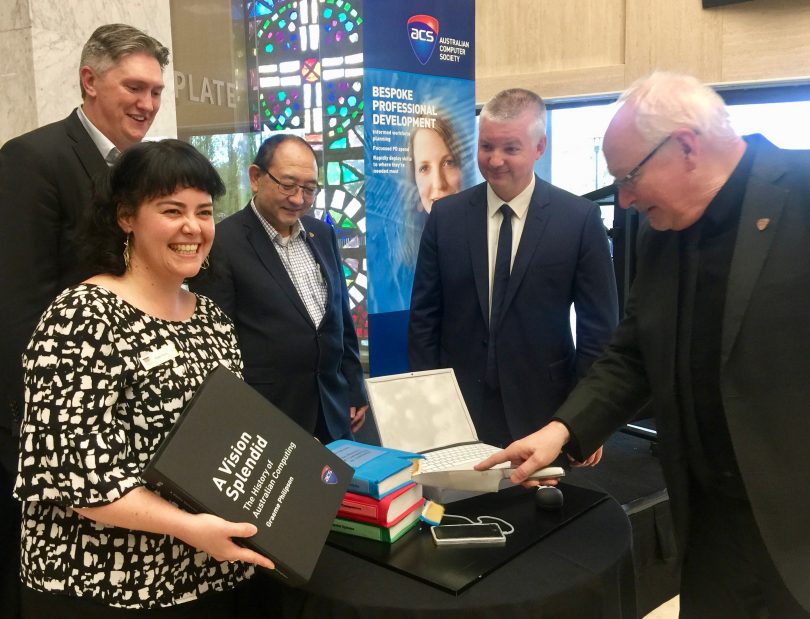 Other facts gleaned from the book include: 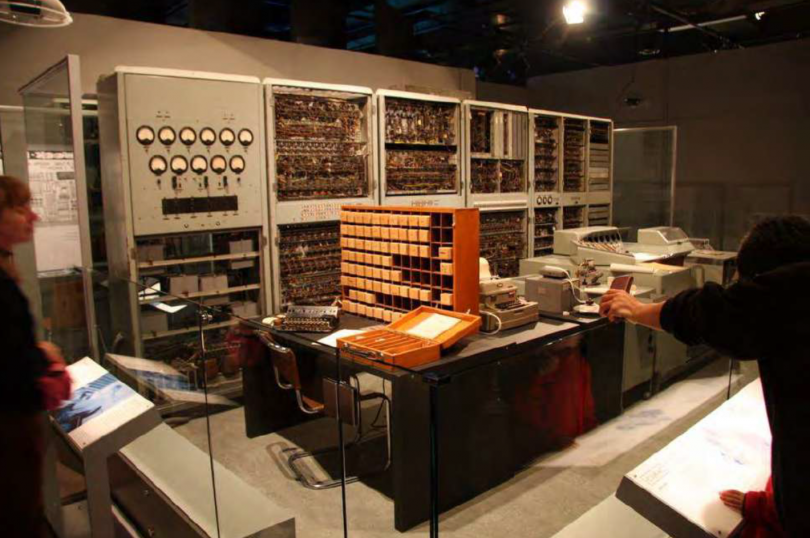 The ACS commissioned this timely book about the evolution of Australia’s computer industry.

“Technology in Australia has many facets – academic, government, private industry, society and the many individuals within those sectors. In the 21st century, information and communications technologies are around us,” said ACS President, Anthony Wong.

“But it also has an important history, that until now hasn’t been told. Many of our early pioneers and innovators were ACS members who made important contributions to major technological advances.

“This book acknowledges the significant accomplishments of the many talented and visionary Australians who played critical roles in the global developments of computers.

“This single text encapsulates the full history of the IT Industry in Australia from its early inception through to the current day, and beyond, with reference to the ACS and its participation in its growth, and beyond.” 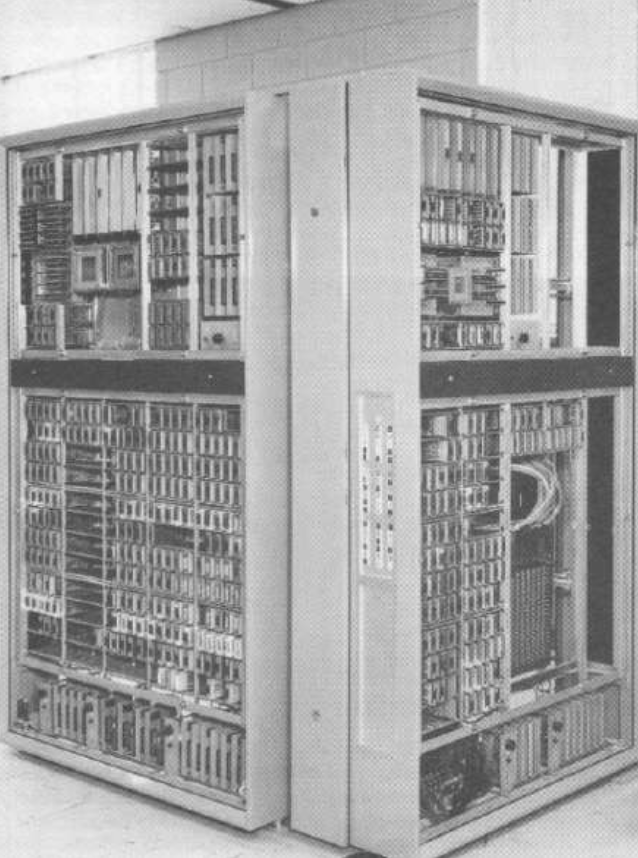 The book was researched and written by Graeme Philipson, a leading Australian computer journalist, and computer historian.

“We were delighted that an author of Graeme’s calibre collaborated with ACS to write this book,” continued Mr Wong.

“Graeme has brought to life many of the people and events that have shaped computing in Australia. We thank him for his efforts and we thank those who have assisted him.

“But it is a story that will never end, and in a sense, the project will never be finished. We invite anybody with the knowledge of historical events in the industry to share their recollections and insights. We intend this book to be a living document; it will grow and evolve as more people add to it.

“At the heart of the project is the story of the computing profession in Australia and the many talented and dedicated people who have been a part of this history,” concluded Mr Wong. 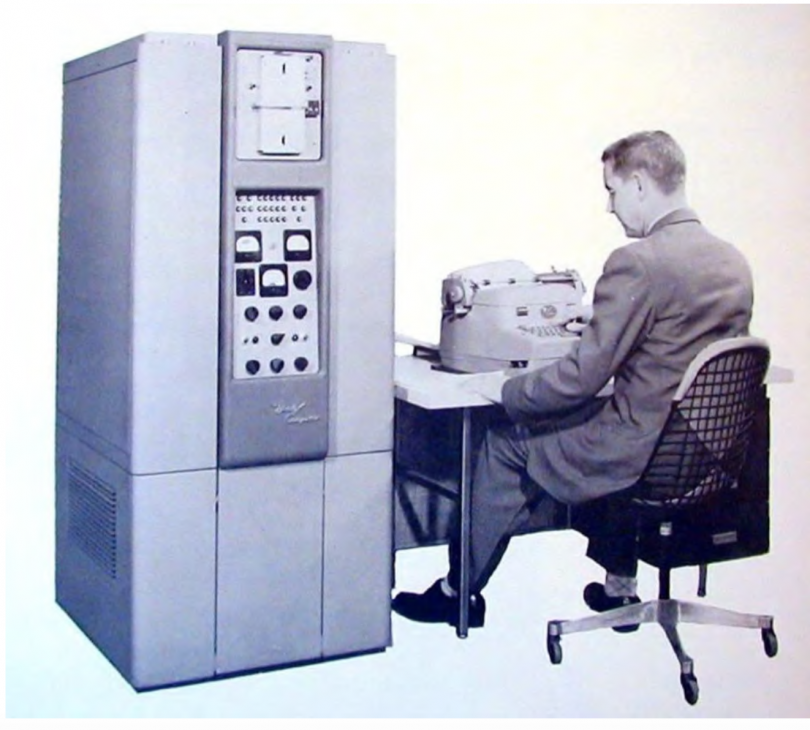 A copy of “A Vision Splendid: The History of Australian Computing” was presented to the National Library of Australia and is available on www.acs.org.au/publications.html

So there you have it, an e-book on the history of computing in Australia.

There are plenty of Canberrans that are leading the way in Australian computing. Can you name someone that should be included in the next chapter of this living e-book?

One Response to Attention all geeks! This e-book is for you
Filter
Showing only Website comments

I started in Canberra as a Programmers Assistant (Class 2) at the Australian Bureau of Statistics in 1982. At the time they had a new “FACOM” mainframe. This was controversial being Japanese, not American (or British). To sweeten the deal, it came with a large amount of training, provided by world class Australian computer professionals. These were an entertaining cast of characters. One was Graeme Simsion, of Simsion Bowles and Associates, who later transitioned from data-modeling, to become a best selling romantic comedy author. https://en.wikipedia.org/wiki/Graeme_Simsion

Arlene Smith - 2 minutes ago
Kathleen Mary Smith Erin Winter in adventure park? View
Bridget Trussler - 47 minutes ago
My son many years ago went head into the pole. Please get rid of it before someone is killed...... View
Claire Anderson - 2 hours ago
Daniel, the newer ones really do stop way WAY more abruptly. I too rode the old ones with help of people pulling and never go... View
News 13

National Library of Australia 12 May 2020