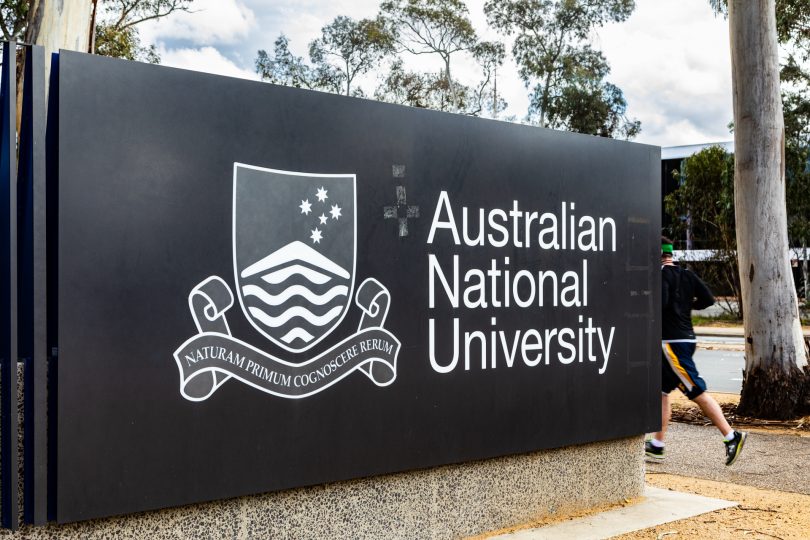 The ANU’s governance is largely effective, but some areas need attention, according to the Australian National Audit Office. Photo: Michelle Kroll.

The Australian National University does not have any formal benchmarks to justify the salaries of its executives and other highly paid staff, and its information and records management is sub-standard, according to a new audit report.

The Australian National Audit Office’s report on the ANU’s Governance and Control Framework found that it was largely effective, but there were several areas where the university needed to lift its performance.

The ANAO said that the ANU had failed to explain in its annual reports how executive salaries were calculated as required, apart from that of Vice-Chancellor Professor Brian Schmidt.

“While the reports include the remuneration of key management personnel, senior executives and other highly paid staff, the reports are silent about the policies that apply, and the basis on which remuneration has been determined,” it says.

The ANAO says the Hayne Royal Commission into Financial Services observed that it is important that governing boards are clear on what the remuneration framework is and how it applies.

It recommends that the ANU take the necessary steps to ensure its arrangements to monitor and report on senior executive remuneration comply with the Public Governance, Performance and Accountability Rule 2014 and provide assurance to the ANU Council that the university’s senior management remuneration framework is appropriate.

Despite the ANU embarking on a work program after the massive 2018 data breach to plug its cyber security gaps, it still does not have an appropriate information management policy and procedural framework.

But the ANAO notes that the university was working to comply with Australian Signals Directorate standards and that the 2021 ANU budget has allocated $29 million to improve and strengthen the ANU’s information technology and cyber security.

It said the ANU should support effective monitoring of academic performance and establish institutional benchmarks for academic quality and outcomes.

The ANU agreed to implement all recommendations but noted that it had been managing the impact of several significant disruptive events for almost two years, including bushfires, smoke, a devastating hailstorm and COVID-19.

“These events presented an enormous, complex and long-term challenge for our staff and students, our research, our financial health and the campus itself,” the ANU said.

It’s also hard to reconcile the acknowledged non-COVID-related $303M plus design, planning, budget and contract management ‘mistake’ in capital management (student accommodation) with the Report’s conclusion that the ANU’s ‘governance and control frameworks’ are largely fit for purpose… Seriously? In what other line of business would such a catastrophic error go without any apparent consequences? What (or more precisely who) has been held to account for this?

ANU cop out?
What’s a fire or virus got to do with publishing how they determine fat cat salaries?

chewy14 - 6 hours ago
Phydeaux, Was that meant to be a reply to me? My comment directly references the point you made, explaining why recovery prov... View
I am a Rabbit™ - 6 hours ago
The Government went out of their way to exclude payments for Universities which are privately run, but for some reason they c... View
chewy14 - 11 hours ago
Phydeaux, Because a large proportion of the people receiving Jobkeeper weren't physically working during the acute phase of t... View
News 26