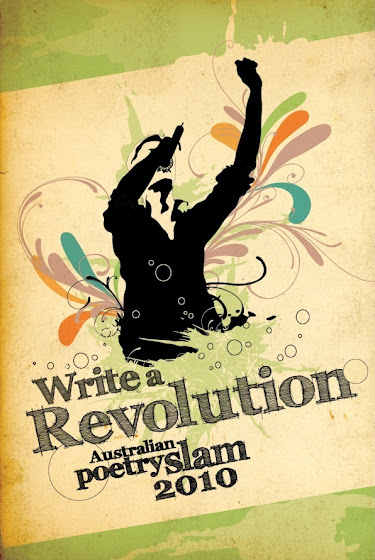 The book of faces informs that after two close fought heats the ACT finals of the Australian Poetry Slam will be held at Smiths Alternative Bookshop on Alinga St Friday week.

will be judged by you

who decide who will represent Canberra’s

at the 2010 AUSTRALIAN NATIONAL POETRY FINAL.

Be there JUDGE THEM

Cash Prizes for the winner and runner-up donated by the ACT Writers Centre and the Audiences of BAD!SLAM!NO!BISCUIT! and Front Slam!

A door prizes for you to win too.

And with special guest

“The secret we should never let the gamemasters know is that they don’t need any rules.”

Capital Retro - 11 hours ago
When I was younger I climbed to the top of Pidgeon House Mountain inland from Ulladulla and was amazed to find some Banksias... View
Karina Widjaja - 16 hours ago
Lyneham ... spotted 3 💛🖤 View
Suzanne Lloyd - 16 hours ago
They are regular visitors in Latham. View
News 46