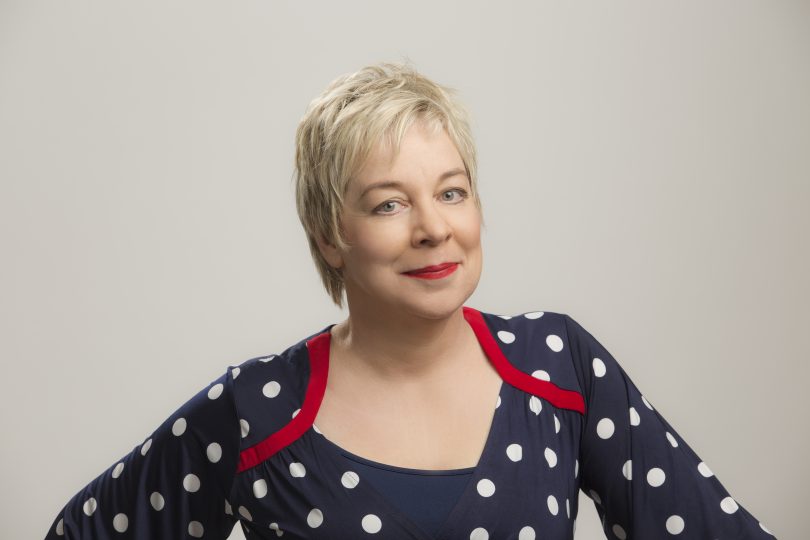 What does the writer of an Australian hit TV comedy, a leading Indigenous author, a popular cartoonist, a writer and former rugby great, and a young adult author have in common?

They have joined forces with the National Library of Australia as part of its 50th Anniversary Ambassador Program.

The announcement was made at the National Library recently by Chair of the NLA Council, Mr Ryan Stokes, and Director-General, Dr Marie-Louise Ayres. Mr Law, Ms Cooke and Mr Nix were present for the announcement. 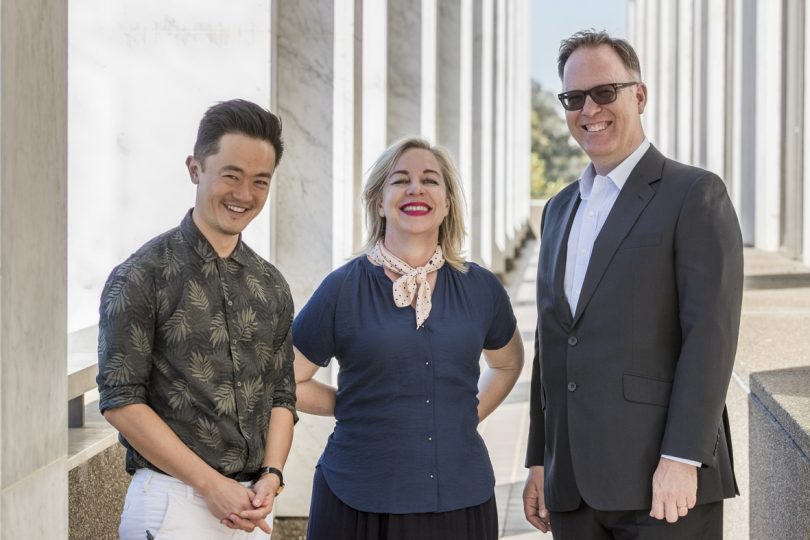 During 2018 – the 50th anniversary of the construction of the Library building in Canberra – the Ambassadors, all of whom have a strong social media presence, will be invited to spread the online word about the celebrations.

The Ambassadors were chosen for their connection to the Library – ranging from research to speaking events – and to represent a cross-section of the Australian community. 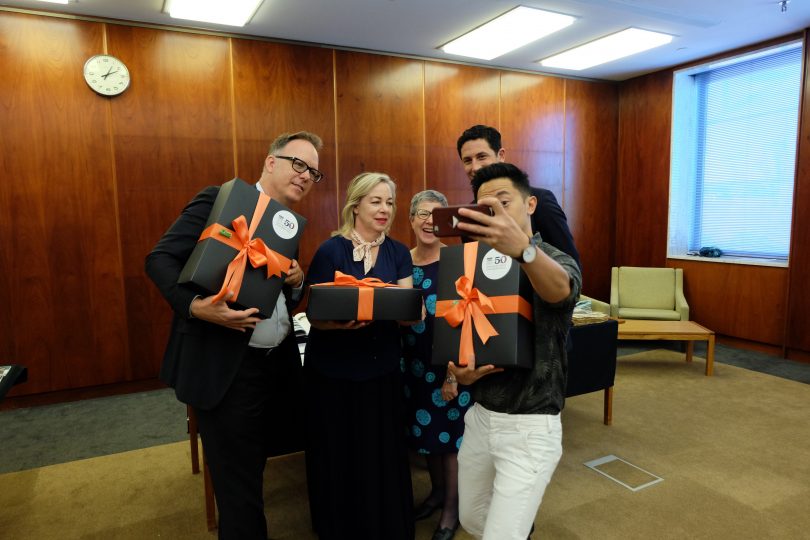 We got to speak with Kaz Cooke about her role with the National Library. As a cartoonist and best-selling author, she has been called the Number One Advisor for Australian girls and women. Her no-nonsense, funny yet comforting books ‘Up The Duff -the real guide to pregnancy’ , ‘Kidwrangling: Looking After Babies’, ‘Toddlers & Preschoolers’, ‘Girl Stuff 8-12: Your Guide to the Pre-Teen Years’ and ‘Girl Stuff: Your Full-on Guide to the Teen Years’ are bibles to many as they navigate through different life stages.

Kaz shared, “I am so thrilled to be an ambassador because I used to be so intimidated by big institutions like the National Library, I felt that you needed to be a scholar, or have been to university to use it or understand it. Now I know that anyone can access all sorts of wonderful things online or just waltz in and order a book or something else to have a rummage in. It’s the people’s library and I want to let all the people know! I’m so keen to be able to share treasures and ideas on social media about how to have fun and learn stuff with Library resources.”

Kaz revealed, “I’ll be posting on my social media feeds, photos of quirky, moving and intriguing objects, books, photos, manuscripts, letters, and collections. Keep your eye out on Twitter and Instagram (@reallykazcooke) or if you’re a Facebooker, on the official Kaz Cooke page on Facebook or if you’re a Tumblr fiend, my blog there called FellowFrockery.”

She fondly remembers one of her favourite memories of visiting the National Library, “I’ll never forget my first time taking a query that I thought I might find an answer to in the Asian Collections Reading Room, and suddenly finding no less than 3 staff members being called over to discuss and help and then like magic in a few days I was emailed a comprehensive and fascinating relevant reading list. It was like being visited by three fairy godmother librarians.”

Dean Okeeffe - 11 minutes ago
i was talking about the companies that use them read before trolling me read the context View
Ashley Hillstead - 53 minutes ago
That being said it looks like losing a prop won’t take their drones out so I guess they just hack it and repair any damage View
Ashley Hillstead - 55 minutes ago
Dean Okeeffe anyone who’s ever used drones even recreationally knows birds go for them too, there are hundreds of videos on... View
Opinion 49

Craig Sutton - 33 minutes ago
Kathie Nash Yeah thanks scoop 🙄 I was referring to the entire northern part of Australia. Cairns, Townsville, Darwin etc... View
Sharon Cabban - 44 minutes ago
Lani Metcalfe future for Jack View
Kathie Nash - 2 hours ago
Canberra will never get its own AFL team while we only have a 'stadium' that holds 13,000 at maximum. Need a bigger stadium t... View
Food & Wine 15

Julie Macklin - 56 minutes ago
Peter Hatfield Not faster if the bus gets stuck in peak hour traffic in Sydney, as has happened to me. I used to catch the bu... View
Peter Hatfield - 2 hours ago
Or just go to the Jollimont and catch a comfortable coach and be in Sydney an hour faster, and at a fraction of the real cost... View
Greg Myat - 4 hours ago
Ross McConchie I agree with you entirely about using rail more to get trucks off our main routes. But trains are the most eff... View
Property 13

Kacey Butterworth - 58 minutes ago
Tim, let’s move. View
Jodie Kerec - 2 hours ago
Lisa Van Schieveen we could live here together. View
Gabrielle Driver - 3 hours ago
Lauren Edney look how nice it is. I'd have the cottage View
Sport 7