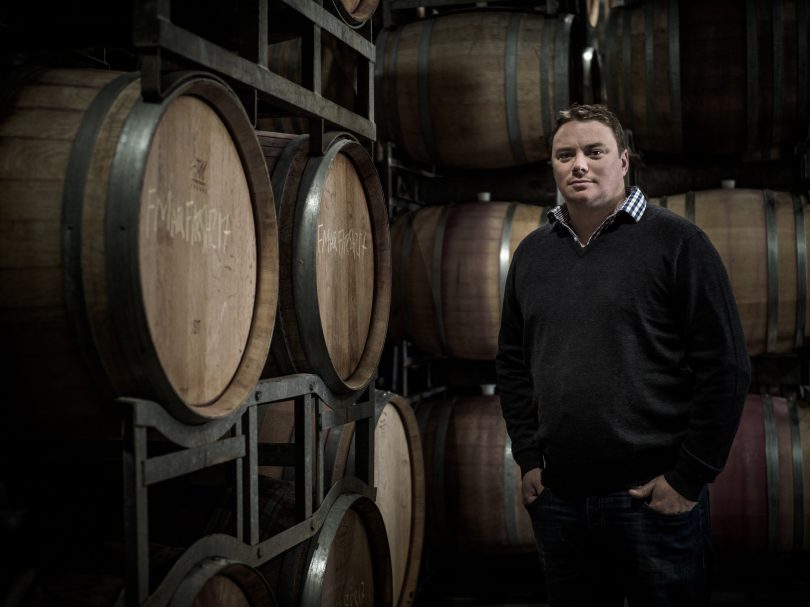 Nick O’Leary has produced some of the very best cool climate wines across the Canberra region, winning multiple awards along the way.

What’s more rewarding to Nick, well beyond the trophies and accolades, is the support from restaurants, independent liquor stores and individual wine lovers. “We wouldn’t be here today without them,” says Nick.

Situated in the picturesque Hall Valley, in the Murrumbidgee River corridor, the Nick O’Leary estate incorporates a modern wine-making facility and a mature five-hectare vineyard.

Nick has been immersed in the world of wines for many years. His family hail from the Adelaide Hills and his parents had a share in a vineyard.

Nick has worked in bottle shops, including for Jim Murphy, where he developed his deep love for Rieslings and Shiraz. He worked for Hardy Wine Company, at Kamberra Wines opposite EPIC. There, he made a lot of contacts with growers and others in the industry, deepening his knowledge and passion.

When Hardy’s was taken over by the big American company Constellation Brands—they decided to sell their Canberra winery interests, leaving an opportunity for Nick to start his own brand in 2007. Fortuitously, he went to Hall one day to pick up some Riesling and got chatting with the owners of the vineyard, saying how much he loved the property and the area. They said they were thinking of selling. Three months later, Nick got the call. In 2016, he and his wife Amy bought the property without it hitting the market and has never looked back. 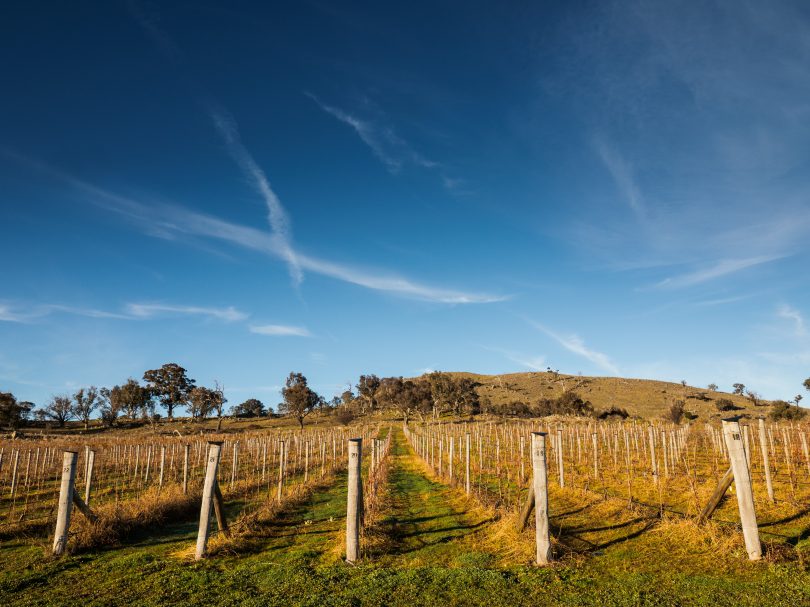 Situated in the picturesque Hall Valley, the Nick O’Leary estate incorporates a modern winemaking facility and a mature five-hectare vineyard.

“Our first vintage was in 2007 and we produced around 380 dozen bottles of wine,” says Nick. “We are now making in excess of 13,000 dozen and have a national distributor who sells across the country.”

Nick O’Leary wines are so popular there’s never enough spare to export internationally. “In the next five years, we’ll have more vineyards coming on, so one never knows,” says Nick.

Since starting more than a decade ago, the team at Nick O’Leary have focused on hand-worked Shiraz and Riesling wines that exhibit the character of this region and express its unique personality and style.

The wines have received high-profile recognition, nationally and internationally, including the prestigious Stodart Trophy in 2014 and the NSW Wine of the Year in both 2014 and 2015 (the first and only time in the award’s 20-year history that the accolade has been received multiple times by a single producer). Nick O’Leary has also been a five red-star winery in James Halliday’s Wine Companion for a number of years and was named in the top 10 best value wineries in the country in the 2019 edition. 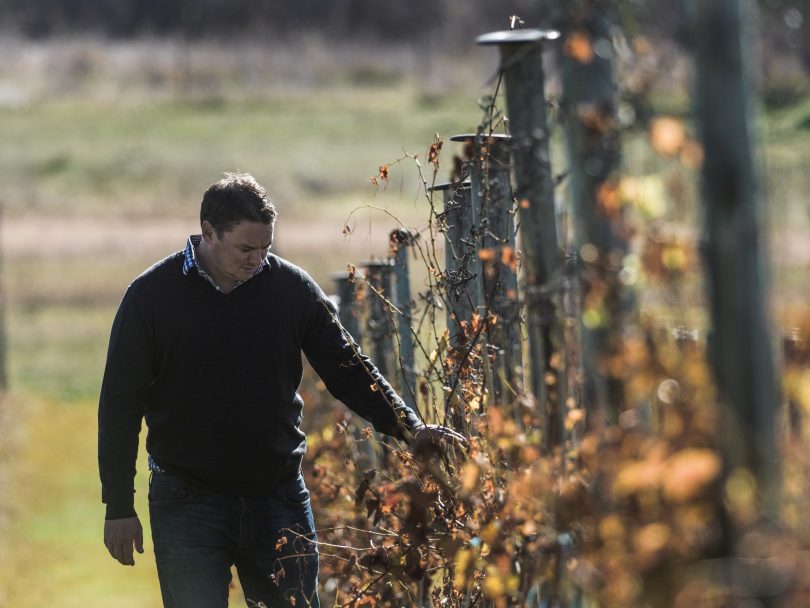 The industry is demanding and Nick says he can never afford to rest on his laurels. “Every vintage throws up its own challenges,” he says. “The most important thing for me is to keep learning and improving the wines. The day you stop learning you’ll fall behind the pack, so we keep thinking about and trying new approaches.”

In a couple of weeks, construction will begin to double the size of the winery, including a new 600 square metre shed and another outdoor processing area. “We’ve simply run out of space,” says Nick.

During harvest there’s no rest for the wicked, with up to eight weeks of 15 to 18-hour days. On top of that, Nick runs the back end of the business, without a business manager or admin person, juggling all the invoicing and other paperwork.

When the workday is complete Nick enjoys a well-deserved glass of wine. Other than his own wines, he’s a big fan of Clare Valley Riesling, virtually any Shiraz and, when indulging, French champagne.

His wines are also popular with Canberra businesses as gifts. Louise Harget, who works for Belle Property, says it’s a pleasure to give Nick O’Leary Wines as a gift for buyers and sellers of property.

“Besides the quality of the wines,” says Louise, “We love to support local businesses just as we love local support for our business. And Nick’s award-winning brand aligns with ours.”

The Bolaro is one of my favourite wines

Julie Nimmo - 60 minutes ago
I met Sue often. Always gracious and dignified. So very saddened when I heard that a 4x4 had killed her on the Com Av Bridge.... View
Louise Roberts - 4 hours ago
Sue was my daughters primary school teacher. My daughters favorite ever teacher. We still talk about today. Well deserved Sue... View
News 229

Dionysus wines are a match for the district’s best