Ayrton brings the Lego to keep the challenge rolling on 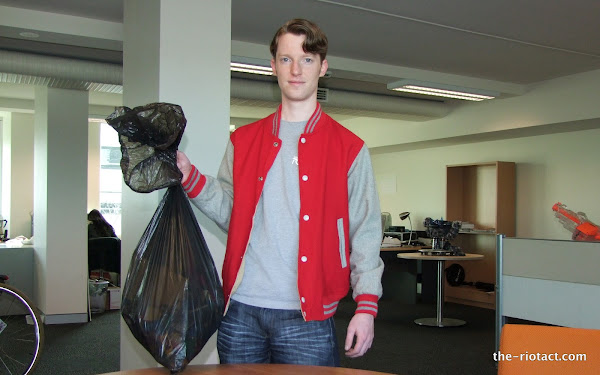 Huge thanks to Ayrton who has chipped in a big bag of mixed lego to keep the Lego Challenge on track for awesome.

What are you doing with the Lego afterwards? Any chance I could get the leftovers?

Capital Retro - 4 hours ago
You can't help bad luck OI L. View
Capital Retro - 7 hours ago
Home batteries generally are duds: https://www.solarquotes.com.au/blog/battery-test-centre-reports/?utm_campaign=sq_news_week... View
Ol L - 9 hours ago
Interest free but still a loan. And who would want a second hand EV given their finite batteries? And yes I do own one. View
News 12

JC - 6 hours ago
So true. It’s far easier to whinge about anything and everything. Though think the core issue is many here just don’t lik... View
Jay Bee - 9 hours ago
I cannot believe the negativity on this site. So many critics, and not a constructive suggestion between them. What is there... View
bd84 - 9 hours ago
Another Barr Government “we’ll just stick it here” project. They’re closing off Callum street and effectively putting... View
News 2

franky22 - 6 hours ago
Well I for one will not miss them. I lived in Sprent St & found the peacocks annoying. They are an invasive species just like... View
ChrisinTurner - 7 hours ago
Residential streets should be 40 km/hr or even the European 30 km/hr, now that 40 km/hr is being applied to parts of Northbou... View
Opinion 8

chewy14 - 11 hours ago
Dolphin, The Greens will never be a realitisic alternative whilst they refuse to deal with reality when determining their pol... View
dolphin - 22 hours ago
its not hard jwinston, just look at the libs and you understand why. they are just too socially conservative for most of us.... View
HiddenDragon - 24 hours ago
"....The question now is making it work and be accessible to as many Canberrans as possible..." No, Zed, the question is and... View
News 31

Kristine Evans - 19 hours ago
Andrew Barr Then you need to let parents into schools before this happens. View
Christopher Marlowe - 22 hours ago
Jenna Vdv that's why HECS/HELP exists View
Rod Phillips - 23 hours ago
I'd like to see a bit more planning and less guessing all round! We've seen the impact of poor quarantine procedures through... View
Community 1

Canberra’s newest farmers market opened to throngs of people on Sunday, 7 February and its popularity continues to grow. The...
Breaking 0

Missing your dose of daily news? Add our daily digest to your inbox

@The_RiotACT @The_RiotACT
Running seven marathons in seven states in seven days will be uncomfortable says Kaiti Penrose who is one of six runners in the region taking on the Bravehearts challenge to end childhood violence https://t.co/Briu2xeOMC (16 minutes ago)

@The_RiotACT @The_RiotACT
Galilee School will be opening for year 11 and 12 students in 2021 creating opportunities for students challenged by mainstream education https://t.co/gGkYC1X3yN (1 hour ago)

@The_RiotACT @The_RiotACT
The death of a number of peafowl in Narrabundah has sparked a call for an urgent public education campaign for motorists to slow down in suburban streets https://t.co/0aOd94vtWD (2 hours ago)