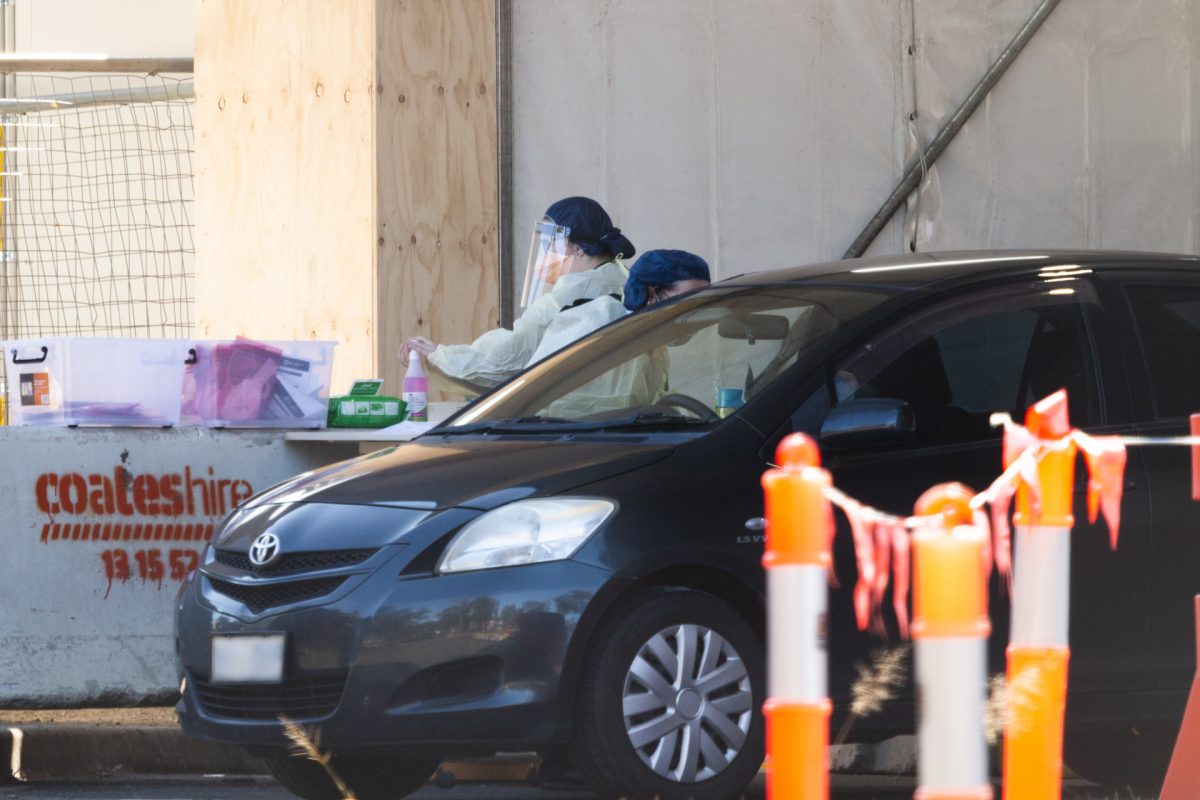 COVID-19 cases have increased in the ACT and so has the proportion of BA.5 Omicron cases. Photo: Region.

The ACT has recorded 1329 new COVID-19 infections in the last reporting period to 8 pm yesterday as ACT Health confirms cases continued to rise in the last week, driven by an increase in the BA.5 Omicron subvariant.

In the week ending Sunday, 26 June, one-third of sequenced cases were of the BA.5 sub-variant of Omicron.

ACT Health confirmed in its latest weekly epidemiological report that case numbers are expected to increase.

A total of 6917 new cases were recorded throughout the week compared to 5985 in the previous reporting period.

Two per cent of all reported cases in the week were individuals who had previously contracted COVID-19. ACT Health expects this percentage to increase as BA.5 takes over and natural immunity wanes.

READ ALSO RSPCA’s Pets of the Week – Leroy and Azurill

PCR testing also increased to 15,600 tests from 13,012 in the previous week. Almost one in every four people who were tested for COVID-19 (24 per cent) returned a positive result.

This was again an increase on the previous few weeks where test positivity has remained between 22 and 23 per cent.

Throughout the week, 30 new hospital admissions were reported to Health, compared to 51 new admissions in the previous week.

That figure had previously been reported as 32 but has since been corrected.

Only one person was admitted to the ICU.

Despite the increase in COVID-19 cases, flu cases are declining. In the last week, Health received 139 notifications of laboratory-confirmed influenza.

Flu cases remain consistently highest in the 5 to 9 age group.

Unlike COVID-19, neither reporting nor testing for the flu is mandatory.

READ ALSO Another bidder ups the ante for Casino Canberra

Yesterday, the ACT reported 1169 new COVID-19 infections and there were a record 138 people in hospital.

As of yesterday, the double-dose vaccination rate for the ACT’s five-plus population was 97.4 per cent and 77.3 per cent of residents aged 16 and older have received a booster.

Of ACT residents aged five to 11, 68.9 per cent had received two doses of vaccine.

Victoria has reported 13 deaths overnight and 6,424 cases of COVID-19.

One problem with inter-country comparisons is differing data quality. For example, an Indian study published in January this year showed that excess mortality figures implied Covid-related death rates in India approximately seven times greater than officially reported or registered, consistent with the then high rates in USA.
https://www.science.org/doi/10.1126/science.abm5154

Last week, CaptainSpiff noted that at the time there was no-one in ICU with Covid. Covid is not a problem, CS said.

As of yesterday in the ACT we have 1329 cases, 131 hospitalised, 4 in ICU and one on artificial ventilation.

There have been about 10,000 covid-related deaths in Australia the last two years, about 5x the number who died in traffic crashes in that period (for info, I don’t call traffic crashes accidents).

Turning to the current rate rather than total, the Australian covid-related death rate is now about 15x greater than from traffic crashes and getting close to our leading killer, ischaemic heart disease. Only a few years ago smoking was a greater contributor to death so we acted to reduce its threat to other people by enforcing distance. We did not choose to “live with” smoking and traffic deaths while they were at such a high level.

Consider the amount of education and support (including commercial) on physical / heart health; or regulation around driving, which has a death rate less than 7% of the current impact of Covid.

What do you think are appropriate actions to treat Covid in accord with its actual severity as one of the most significant killers in this country today? I am interested to read considered or balanced contributions, not denials from the usual suspects.

Some states are reintroducing the mask mandate and one would think the ACT should do the same given the fact we had to wear masks when we were only reporting 30 COVID cases a day.

It will be interesting to see how many new cases are reported by the end of this week with airline travel back to pre-COVID levels.

You want appropriate health measures? Introduce taxes on junk food and highly processed foods to drive up their price. Increase the medicare levy for those above a certain BMI since the obese burden the public health care system the most. The problem isn’t COVID or denying COVID but the lax attitude of people towards their health. COVID is no more than a minor nuisance in 3rd world countries such as India, most African and middle eastern countries. Bad outcomes from COVID are highly correlated with patients that are obese and with comorbidity so the most effective policies would be to penalise or disincentivitise unhealthy habits. But let me guess, your left wing brain won’t like this idea and won’t believe it to be “balanced”.

I agree, CR, that mask wearing seems to be underestimated as a response. It is true that wearing by an infected person is far more important than wearing as a protective measure; problem is, you are infectious before you know it, and as a protection it is of at least some value, so optimally everyone wears one wherever they are in proximity (and not under their nose!).
I think standards on indoor air quality is a major protective step that can be taken. Could be expensive, and will take time.

How often do you see people wearing a mask and it sits just below their nose?

@phydeaux Correct, it was zero in ICU some days ago, but back up to 4 yesterday. Down to 2 today. Meanwhile 7500 active cases in the ACT. Roughly estimated (4/7500) this means currently 1 out of 1800 Covid cases in the ACT end up in ICU.

It’s hard to justify pandemic measures based on numbers like that.

Your argument for how severe Covid is rests on the “deaths with Covid” concept. As was reported here in RA a month ago or so, the “deaths with Covid” metric covers almost any death where the deceased was Covid positive before passing. You need a lot more data about the actual cause of death for those persons, before you can compare to deaths from traffic, smoking, heart disease, etc.

That said, there is a fairly small (but significant) group of people in our society, for whom Covid can be severe. How does one protect them? The answer from basic epidemiology is to establish high levels of immunity in the general population, while focusing protection on those who are vulnerable.

It’s the only way to stop glasses fogging up.

CaptainSpiff, I covered the formal recording of all causes of death in another thread. My use of the term “Covid-related deaths” is sound, and as you grant, does not include people who obviously died of something else. All morbidities are recorded, and Covid-related acceleration of death goes to cause.

I think the key point in your comment is “It’s hard to justify pandemic measures…”. What pandemic measures? I am not looking at the past and there are no or negligible restrictions in place today. I am wondering what steps we might take.
Research, for which I do not yet have a direct reference, is quoted by Professor Toole of the Burnet Institute (and formerly of the CDC) as showing that mask-wearing reduces infection and death by 45%. It puzzles me why there is not public advertising around this, like a Slip Slop Slap campaign. No regulation is needed. The other key measure cited is improving ventilation, indoor air quality, to reduce risk in the longer term whether from this pandemic or other air-transmissible diseases.

CR, if your glasses fog up then you either your mask is unsuitable or you do not have it fitted correctly. 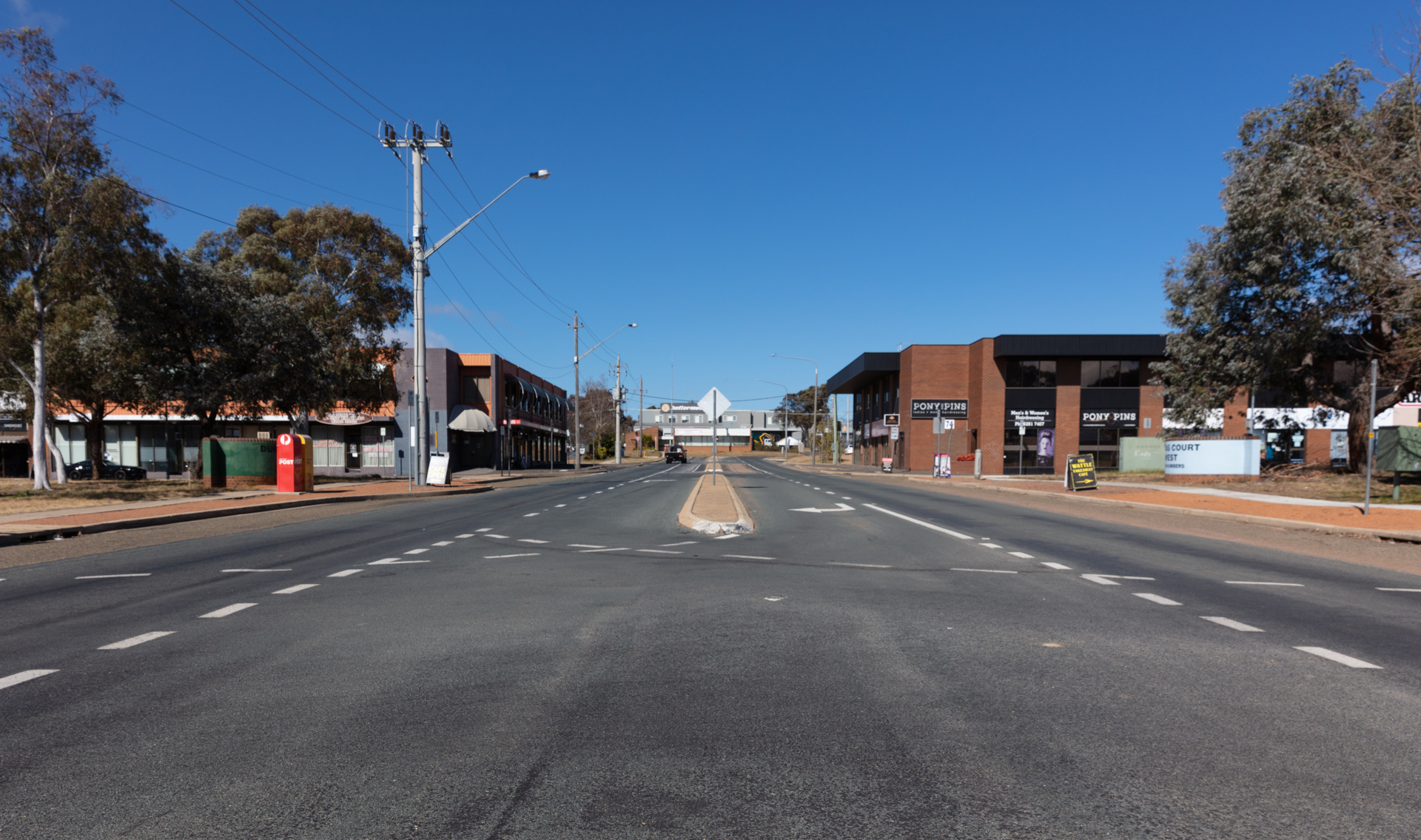