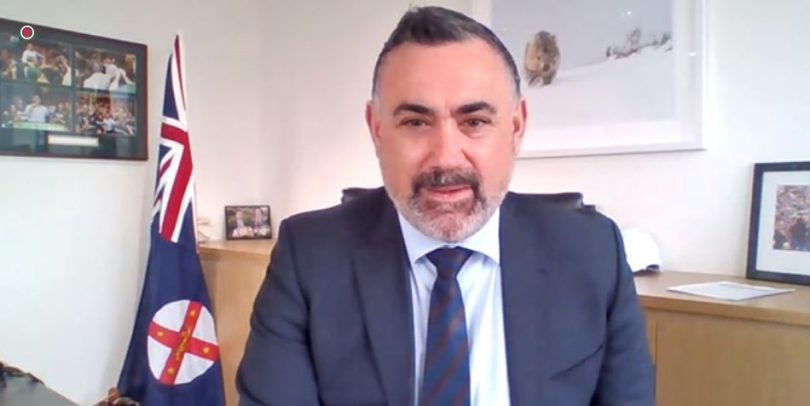 Former Member for Monaro and deputy premier John Barilaro has given evidence to the Independent Commission Against Corruption (ICAC) describing the decision to allocate funding for a widely panned Wagga Wagga shooting range as “deeply unusual”.

Mr Barilaro was giving evidence to ICAC about a $5.5 million grant to the Australian Clay Target Association (ACTA), which was funded in 2017 when Gladys Berejiklian was the NSW Treasurer.

Ms Berejiklian was in a secret relationship with Member for Wagga Wagga Daryl Maguire at the time, and ICAC is investigating whether she breached the public trust by exercising her duties as Treasurer in matters where Mr Maguire stood to benefit.

She has denied any wrongdoing and is yet to give evidence on the allegations.

A $30 million grant given to the Riverina Conservatorium of Music in Wagga Wagga is also being investigated by ICAC and Mr Barilaro described Mr Maguire’s approach to protect funding as “like a dog with a bone” and “a pain in the arse”.

The inquiry has previously heard that the shooting range project was pushed back by a number of senior NSW public servants on the grounds that it did not merit funding despite Mr Maguire lobbying unsuccessfully for years.

Mr Barilaro has appeared as a witness at the inquiry into the former NSW Premier’s conduct. He stood down as the deputy premier a few days after Ms Berejiklian sensationally quit her role, but is not accused of any impropriety.

He told the corruption watchdog that he had only recently joined the Expenditure Review Committee when the shooting range proposal was put forward.

However, he recalled that the small size of the proposal and the fact that no source of funding had been identified were both surprising, as was the decision to bring it to a sub-committee intended to deal with major projects worth tens if not hundreds of millions of dollars.

Mr Barilaro said that the process also appeared to have been expedited, and described Ms Berejiklian as being “supportive” of the shooting range. The inquiry has previously heard that public servants in the office of sport were confused about why a project deemed a low priority had apparently become urgent.

Mr Barilaro told counsel assisting the inquiry, Scott Robertson, “it’s clear that on the covering page for the submission there was a note that it was on the request of the Treasurer at the time.”

Funding was granted for a business case for the shooting range. The former deputy premier said he did not recall dealing with the project in his regional growth portfolio, but did recall Ms Berejiklian asking about the project’s progress. He told Mr Robertson that the conversation was not unusual in the course of parliamentary business, but that he understood Ms Berejiklian to be supportive of the project.

But Mr Barilaro said that if Ms Berejiklian had disclosed her relationship with Mr Maguire, it would have substantially affected how the shooting range proposal was managed.

“I don’t think it would have actually ended on the ERC agenda in the first instance unless probity arrangements were in place”, he said.

I do feel a twinge (not an avalanche) of sympathy for Our Gladys, who cannot possibly emerge from ICAC unscathed.

She should have gone for pork barrelling in tranches of hundreds of millions, like Scotty From Marketing and his Ministers.

No dramas, reelection is almost guaranteed no matter how badly they stuff up or waste money on pet projects.

If only the Libs here could string together a bunch of vaguely competent looking candidates and a set of rational, coherent policies, they might get themselves elected. To date, they’ve failed to do this. 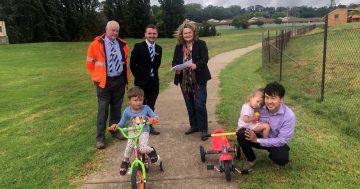