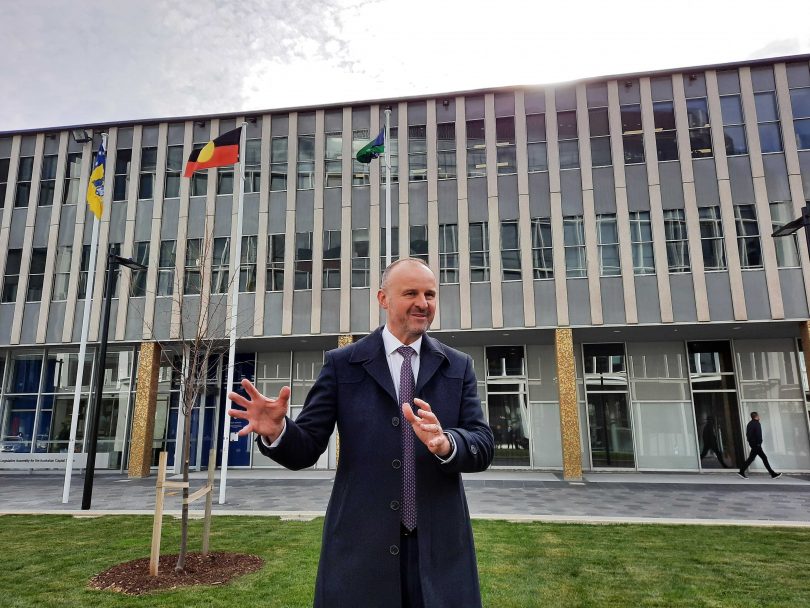 Direct flights to Auckland could lead to a one-stop connection to the east coast of the United States for Canberra region travellers, according to Chief Minister Andrew Barr.

Mr Barr wasn’t ready to declare mission accomplished on Tuesday (1 June), but his dash across the ditch has advanced the chances of a deal on direct flights to New Zealand for the summer.

Mr Barr’s delegation met with business and political leaders, airports and Air New Zealand during his two-and-a-half-day trip last week, and he says interest is high and all agreed they want to be in it for the long haul, not just a six-month flirtation.

Post-COVID, the proposition for Air New Zealand is to hub out of Auckland to all destinations, but particularly North America, which would give Canberrans a one-stop journey to New York or Washington rather than the present two or three stops out of Sydney via Los Angeles, Dallas or Fort Worth.

“That would drive the number of passengers up and make the frequency more viable,” Mr Barr said.

“We have to have a bit of a punt on whether borders to North America open in the second half of 2022.”

The next talks with Air New Zealand will come after the Australian Tourism Exchange trade show starting next week in Sydney, where Air New Zealand route planners will be in attendance.

As flagged before his trip, the two separate markets of Auckland and Wellington will come down to plane size with Air New Zealand’s larger aircraft servicing Auckland and an Australian carrier such as Qantas with its smaller 94-seat planes flying the capitals route.

Mr Barr says that would mean four services a week between Canberra and Wellington.

While Qantas had the inside running with a presence in both markets, he would not rule out another carrier, such as Virgin, which contacted Mr Barr’s office when it got wind of his trip urging the government not to rule it out of calculations.

Qantas is favoured to take on the Canberra-Wellington route. File photo

Mr Barr says Canberra’s government, diplomatic and defence traffic enhances the viability of the NZ links, particularly with a big aid and recovery push into the Pacific post-COVID and as a counter to Chinese influence in the region.

“That going to be important for Canberra in terms of businesses that provide services to government,” he said.

That includes water and energy industries, including renewables and battery storage expertise.

“China is active in this space; Australia and New Zealand are going to be even more active,” he said.

“Hundreds of billions of dollars will be flowing into the Pacific and it’s going to come out of Canberra and Wellington.” 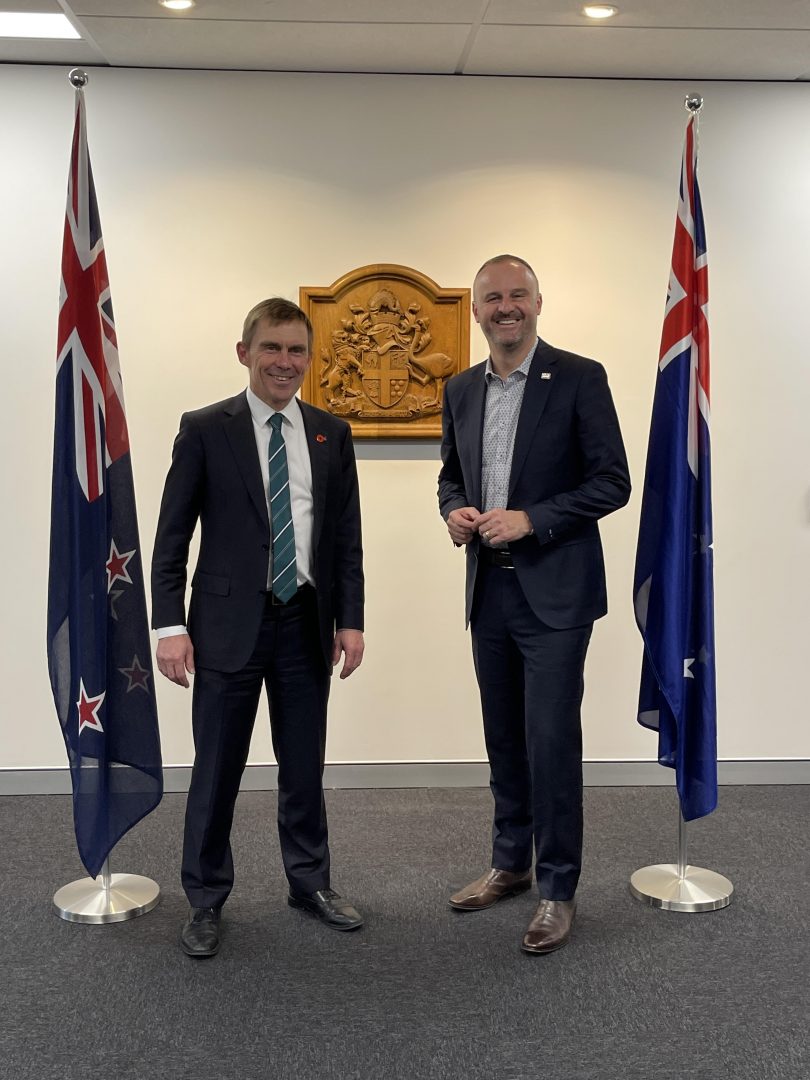 He also stressed to NZ officials that they should consider the entire Canberra region market and its 900,000 people, rather than just the national capital and Queanbeyan.

Mr Barr says the uncertainty around the travel bubble (not helped by the Victorian COVID-19 outbreak during the trip), financial support and what happens long term remain obstacles, but he was confident that a deal could be reached for the summer.

“Many of the discussions have got to a point where they haven’t got to before,” he said.

“Our approach is working. Our objective is competition, more seats into Canberra and cheaper and easier flights.”

Mr Barr pointed to the impact Rex was having on the domestic market and the number of airlines now flying in and out of Canberra Airport these days.

As with Rex, Mr Barr says the government will partner with the airlines to promote the Canberra routes.

What?
You mean, flying from Canberra to an actual international airport could mean you can catch a plane from there to other destinations?
What a genius idea…. I wonder if Andrew thought of that all by himself.