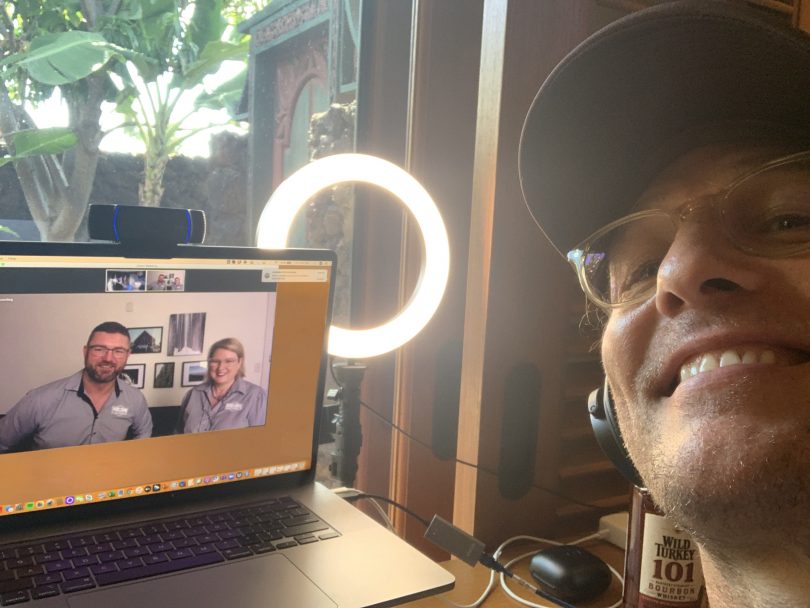 Academy Award-winning actor Matthew McConaughey took a selfie with Matt and Linda Rudd from the Batlow Hotel during their Zoom conversation. Photo: Supplied.

Something inconceivable happened in Batlow this week and – dare we say – it involved swigs of Wild Turkey bourbon.

To have endured as much as it has this year through bushfires, COVID-19 and tragedy when twin girls died in a house fire, Batlow really needed something big.

So when Hollywood came knocking in the form of Matthew McConaughey, suddenly the little town with apples at its heart was fully blinking on the world map for all the right reasons. 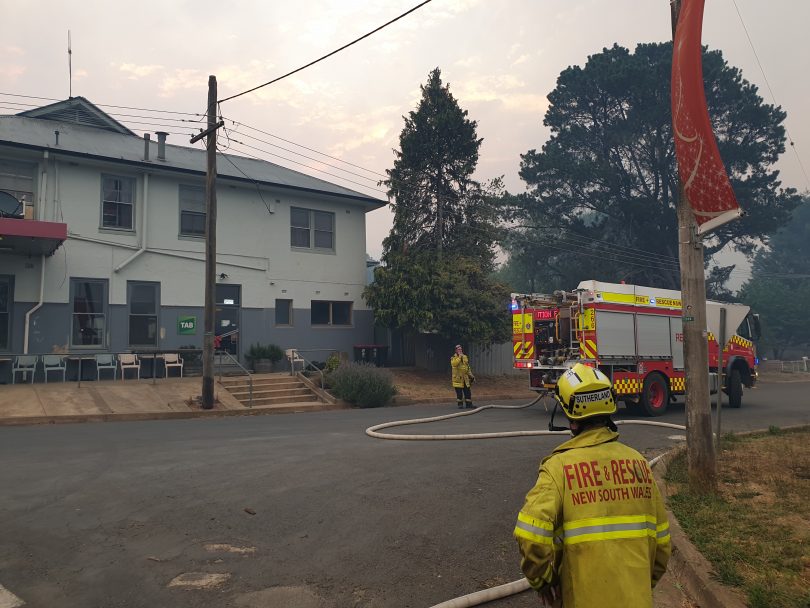 The scenes around Batlow Hotel during the past summer’s firestorm which left the small town indefensible. Photo: Matt Rudd.

And it happened in a back room of Batlow Hotel, where not a guest, patron or staff member could hear the distinctive Texan drawl of one of the world’s most popular Academy Award-winning actors, Matthew McConaughey.

With him were Matt and Linda Rudd, owners of the only pub in town.

The couple has been lauded as local heroes for their support of the community during the Black Summer bushfires, including providing sanctuary for many people in the town.

And McConaughey wanted to hear their story, such as when Matt Rudd forced Linda to flee Batlow as flames licked at the town’s fringes, while he stayed behind to singlehandedly defend the 100-year-old pub. 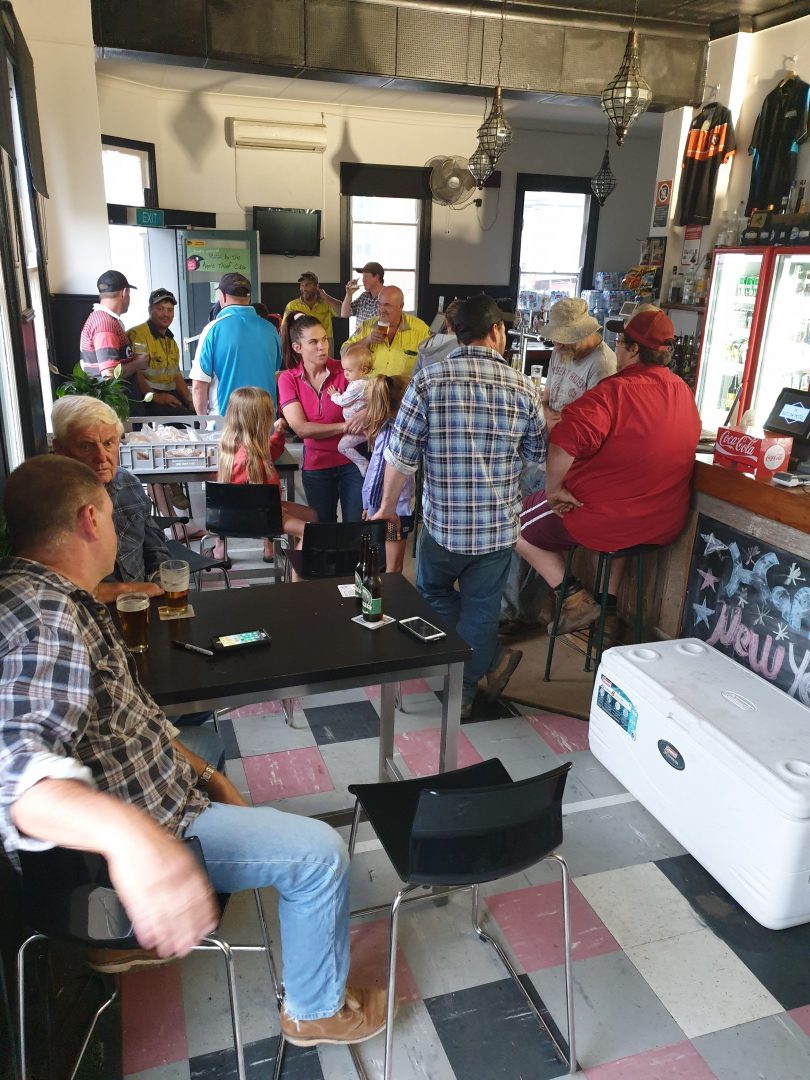 When Batlow had no power or water during the bushfires, Matt and Linda Rudd opened their doors to emergency workers and residents, providing them with meals and a sanctuary. Photo: Matt Rudd.

In between fighting spotfires which broke out nearby and seeing the town’s only petrol station, just a few doors away, explode, he also succeeded in providing refuge to frontline workers and the town’s remaining residents.

When Linda – whose Batlow family dates back six generations – returned to the embattled town, the pub they call home became the home away from home for everyone within miles, including her own family. They offered food, water, respite and, as former first responders, an empathetic ear.

Matt and Linda spent more than 30 minutes chatting with McConaughey, via a Zoom video call, about the bushfires, the challenges Batlow has faced this year and about their glorious part of the Snowy Valley.

They admit it took a 9 am shot of Wild Turkey bourbon to get things started, but the allotted time of 15 minutes quickly blew out to 35.

Both Linda and Matt agree it was surreal to be face to face with McConaughey.

“He was such a good bloke, easy to talk to, and he just loved to have a chat,” says Matt. “The conversation went both ways – just a normal conversation and it was fantastic.

“We talked about a bit of everything, and shared conversations about Australia.

“It was amazing that a person of his stature was so easy to get along with and so good to talk to. I’m not sure you would ever get to do that again.”

Finishing with a virtual selfie, the Rudds emerged from the room and had to keep their lips zipped about the experience for weeks.

They still don’t know how or why they were selected.

“We never did any of this for any recognition, but we know how hard it is in a time of crisis, where there’s no electricity or water for two weeks,” says Linda. “For these people to go home to that … all we did was give them somewhere to go and encourage connectedness in a crisis. 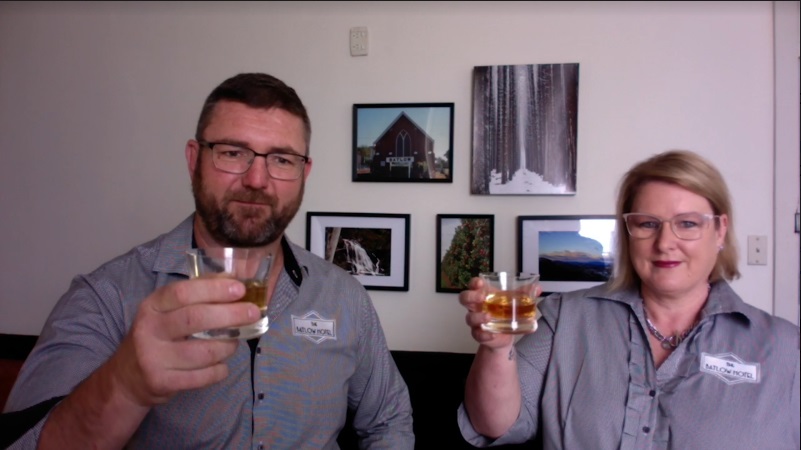 “We did that because we love Batlow and care for the people in the town.”

But Batlow’s best kept secret has been revealed with the launch of a national campaign that shines a light on the Rudds and three other Australian heroes.

McConaughey is behind the Wild Turkey With Thanks initiative, which pays tribute to ‘Australian Local Legends’ who have stood with conviction supporting their environment and communities throughout the crises of 2020.

The actor says he believes in community above all else and wants to urge Australians to not only explore the outdoors but visit, volunteer, say hello or stay a night or two in bushfire affected regions.

“Australians are a rare breed,” says McConaughey. “When adversity hits them, they come back twice as strong. I know from personal experience that they get their grit from the land.

“These Local Legends drew strength from nature in order to protect it from one of the worst bushfire seasons on record, and I want everyone to know their stories. It’s thanks to them that the Aussie wilderness and their communities remain for us all to connect with.

“From their mission to mine, I want to give thanks and support these legends in my work with Wild Turkey.”